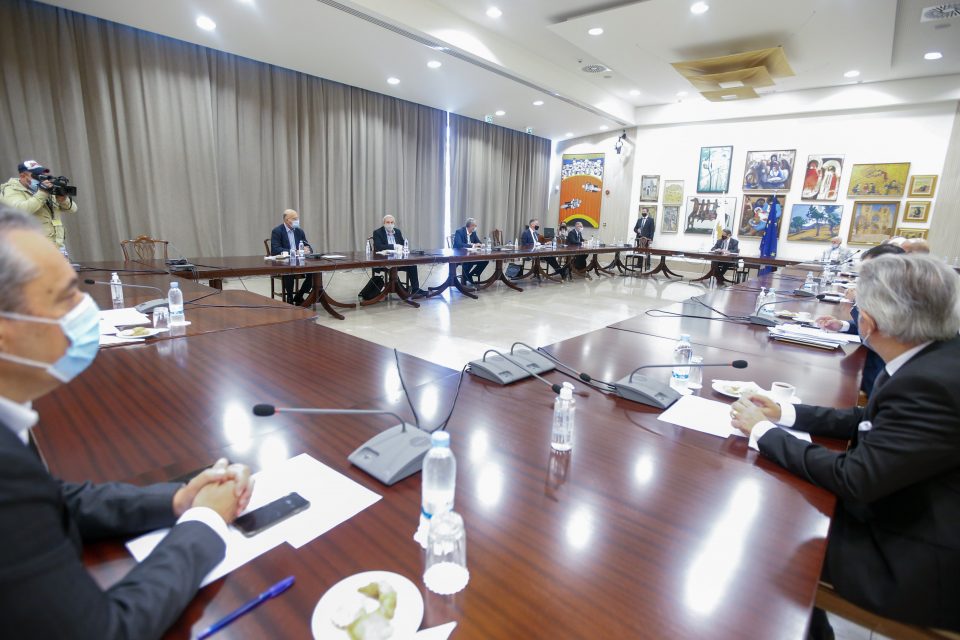 Most opposition parties warned on Wednesday that it would be risky for the Greek Cypriot side to attend an informal five-party summit on the Cyprus issue, to be convened by UN secretary-general, given Turkey’s insistence on a two-state solution.

They were speaking after political leaders met with President Nicos Anastasiades who said he would attend, despite Turkish provocations in Famagusta and Cyprus’ exclusive economic zone (EEZ) since it is an informal meeting.

Later on Wednesday Anastasiades also spoke on the telephone with UK’s Foreign Secretary Dominic Raab. “The UK is encouraging all parties to engage in Cyprus peace talks,” Raab tweeted after his conversation with Anastasiades, adding he reiterated the UK’s support for a peace settlement on the island.

“We will take part in the informal five-party meeting to be convened by the UN secretary-general,” Koushos said.

On whether the Greek Cypriot side would participate regardless of Turkey’s provocations, Koushos said that there was no doubt that such actions do not create a favourable environment for resuming the talks. He pointed out, however, that the five-party summit is not a negotiation but an informal meeting in which participants will discuss procedural matters.

But political leaders left the meeting expressing concerns about the future of the talks.

During his address at the 12th Ambassadors’ Conference in Ankara, Cavusoglu said that to date, Greek Cypriots have not accepted political equality. “Where there is no political equality there must be sovereign equality,” he said.

Lillikas said that this probably refers to a confederation which presupposes a separate Turkish state.

Lillikas, Diko’s Nicolas Papadopoulos and Edek leader Marinos Sizopoulos warned about going to the five-party under current conditions, with Turkey calling for a two-state solution and provocations in Varosha.

“We have indicated to the president that if he accepts a five-party summit, he should have alternative scenarios to avoid pitfalls,” Sizopoulos said.

Papadopoulos said he expressed his party’s concern about participating in a meeting, even an informal one, while Turkey and Tatar are talking about a two-state solution. He raised the issue of the non-recognition of the Republic of Cyprus by Turkey.

Head of the Solidarity Movement Eleni Theocharous said that she called on Anastasiades not to take part in any talks given “the current conditions our county is facing”.

Andros Kyprianou said his party Akel’s position is that things “are extremely difficult, and dangerous”.

“We must seek the resumption of negotiations with a view to resolving the Cyprus issue on an agreed basis,” he said, adding that if the president moves in the right direction based on the standing positions of the National Council, Akel will support the process.

Ruling Disy chairman, Averof Neophytou, said there was already great delay as regards the Cyprus problem with the risk of losing the EEZ and Varosha instead of reuniting the country.

“As time goes by without a process on the Cyprus issue, new faits accomplis will appear day by day and the situation in Varosha will be consolidated,” Neophytou said.

For Greens’ leader Charalambos Theopemptou, the most important thing now is to make clear to Lute under what terms will the Greek Cypriot side discuss. Lute is expected in Cyprus at the end of the month.