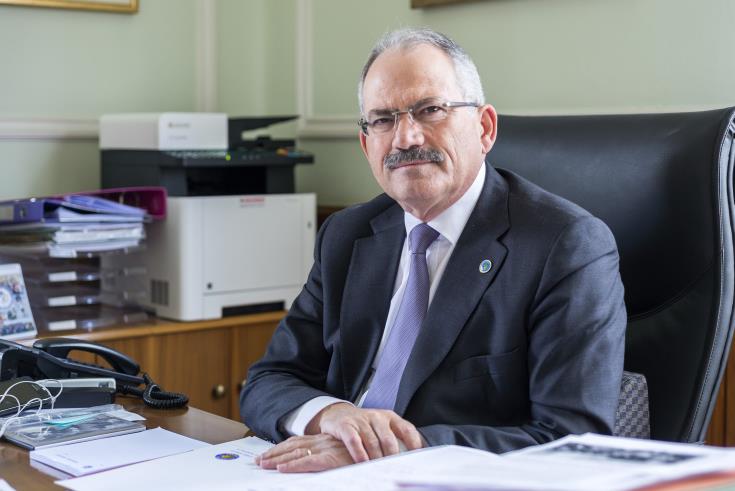 As harsh as they may be, the stricter measures for Limassol and Paphos announced by the government on Wednesday to contain the further spread of coronavirus were the only option, Limassol mayor Nicos Nicolaides said on Thursday.

“I want to stress that, although they may be difficult to accept, they will lead to a decrease in the number of cases and, in the long run, to financial recovery for both cities,” the mayor said.

However, he also said that, in view of the stricter measures, he expects more financial support from the government for the sectors that will be most affected.

Nicolaides added that the Limassol municipality will be reactivating the city’s emergency centre, which was established during the first wave to help vulnerable people by providing them with basic goods and general guidance. He said more details on the reopening will be announced on Friday.

“It would be sad for people to spend the Christmas period locked inside their homes, but for that not to happen we urge everyone to be patient and follow the new rules issued by the government.”

The bishop also said he understand that it will be difficult for many people to not go to church until the end of November.

“However, we need to be patient, to pray and to fight for the common good. It’s better to go through a harder period in the next two weeks than to sacrifice Christmas.”

Striking a similar tone, Paphos mayor Phaedonas Phaedonos said that strictly adhering to all measures was now the most important thing.

“We all need to avoid our social contacts as much as possible, all restrictions will be completely useless if people keep gathering in large groups.

“It’s not the time to question whether the measures are too strict or not, we simply need to abide by the rules if we want the situation to improve,” Phaedonos said.

New measures for Limassol and Paphos include an 8pm curfew, closure of all bars and restaurants except for take-aways and a ban on moving in or out of the districts. They will come into force at 8pm Thursday.

Not all groups were as accepting as the mayor.

President of the recreation centres association (Osika) Neophytos Thrasyvoulou said the measures will have catastrophic consequences for bars, restaurants and clubs in Limassol and Paphos.

Speaking to the Cyprus News Agency, Thrasyvoulou said he understood the seriousness of the pandemic and the health issues that it poses for the population, but, at the same time, he claimed that the new measures will put several businesses, especially the smaller ones, in dire financial danger.

He said the government urgently needs to support small businesses, especially their loans, operating expenses and rents, which he said should be reduced by at least 40-50 per cent for the duration of the stricter measures.

“These are dreadful measures for medium and small businesses in Limassol and Paphos, many of which will predictably end up going out of business in the next months,” he said.

“We are hoping that the finance and labour ministries will understand how our situation is very serious and that the entire recreation sector needs urgent support in order to survive.”

The ministers of labour and finance are due to hold a press conference at noon on Thursday to detail support measures.

As part of the measures all afternoon activities for the under 18s have been cancelled, stressing another sector of the economy.

President of the Dance and Culture Association of Paphos, Lina Constantinidou said as dance schools have been practically closed since March, with only a few of them able to reopen in September and October, they too need state support.

“We demand support from the state,” she said. “Dance schools are small businesses, which have to pay rent, expenses and loan instalments. They simply cannot survive alone in this period.

“We need to be given a chance to remain open, the fact that many dance schools and other cultural centres were forced to close is tragic, especially for those children who were dedicating their spare time to cultural activities.”

Hairdressers and barbers, also closed, also expressed their frustration. President of the Hairdressers Association Nakis Pantelidis claimed the job is not risky enough to prompt a total closure of the activities every time measures are stepped up.

“We fully comply with all measures, we take precautions so we don’t understand why we are being forced to close once again,” he said.

“With the new measures, hairdressers will restart giving haircuts at home, which is illegal and there’s no way to prevent that from happening, since the police will understandably not check what people are doing in their houses or their basements. Hair salons need to remain open, they are not superfluous.”

Pantelidis said his association has sent a letter to the government asking for increased financial support and for the permission to remain open on Fridays and Saturdays.

The Limassol Chamber of Commerce also released a statement expressing its concern over the new restrictions.

‘We urge the competent ministries to clarify the reasons behind their decisions, as most companies have already taken a hard hit since the start of the pandemic.”