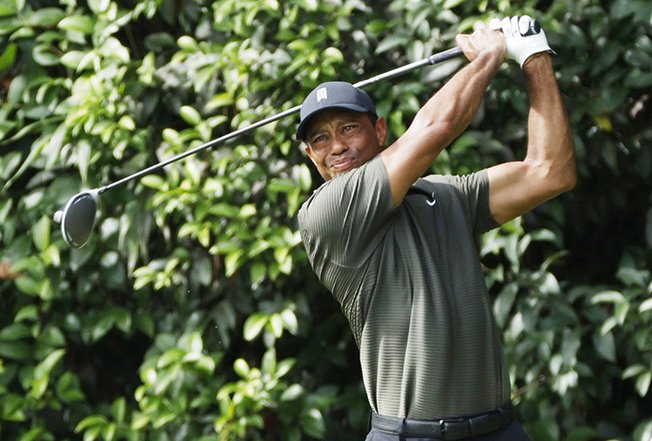 Five-time Masters champion Tiger Woods, who had struggled for form in 2020, suddenly looked revived and in command on his familiar Augusta National stomping ground as he carded an impressive four-under-par 68

Defending champion Tiger Woods tied his best-ever opening round at the Masters and was three shots behind early clubhouse leader Paul Casey while tournament favourite Bryson DeChambeau overcame a shaky start with a strong finish on Thursday.

Five-times Masters champion Woods, who had struggled for form in 2020, suddenly looked revived and in command on his familiar Augusta National Golf Club stomping ground as he carded a four-under-par 68.

“It was good all around,” Woods said after his first bogey-free start in 23 Masters appearance. “I drove it well, hit my irons well and putted well. There’s really nothing, looking back on it, that I could have done a little bit better.”

A near three-hour delay due to lightning and rain forced players off the course 25 minutes after the first groups teed off and ensured first-round action will spill into Friday given the decreased November daylight.

Woods, whose defence of his fifth Green Jacket was already put on hold for seven months because of the COVID-19 outbreak, began on the back nine three hours later than scheduled but seemed unbothered as he birdied the 13th and 15th holes.

He nearly aced the par-three 16th where he walked off the green with a familiar swagger after tapping in from two feet for birdie, delivered a modest fist pump after a birdie at the par-four first and closed with a string of pars.

Englishman Casey, who has one top-five finish in 13 Masters appearances and missed the cut last year, eagled the par-five second hole, his 11th, en route to a seven-under-par 65 that left him two shots clear of Webb Simpson and Xander Schauffele.

Japan’s Hideki Matsuyama, Englishman Lee Westwood, South African Louis Oosthuizen and former Masters champion Patrick Reed were in the clubhouse a further shot back in a group with Woods.

DeChambeau, who overpowered Winged Foot with his driver in September’s U.S. Open to win his first major, began on the back nine and ran into trouble at the par-five 13th where he carded a double-bogey.

Among the notables who will not complete their first rounds on Thursday are world number one Dustin Johnson, three-times champion Phil Mickelson and Rory McIlroy, who needs a win this week to complete the career Grand Slam of golf’s four majors.

The Masters, typically played in early April, is employing threesomes and sending golfers off both the first and 10th holes over the first two rounds for the first time.

Despite this being a Masters like no other, without paying spectators due to coronavirus concerns, several hundred members crowded the first tee as Jack Nicklaus and Gary Player hit the ceremonial tee shots to start the tournament in near darkness.