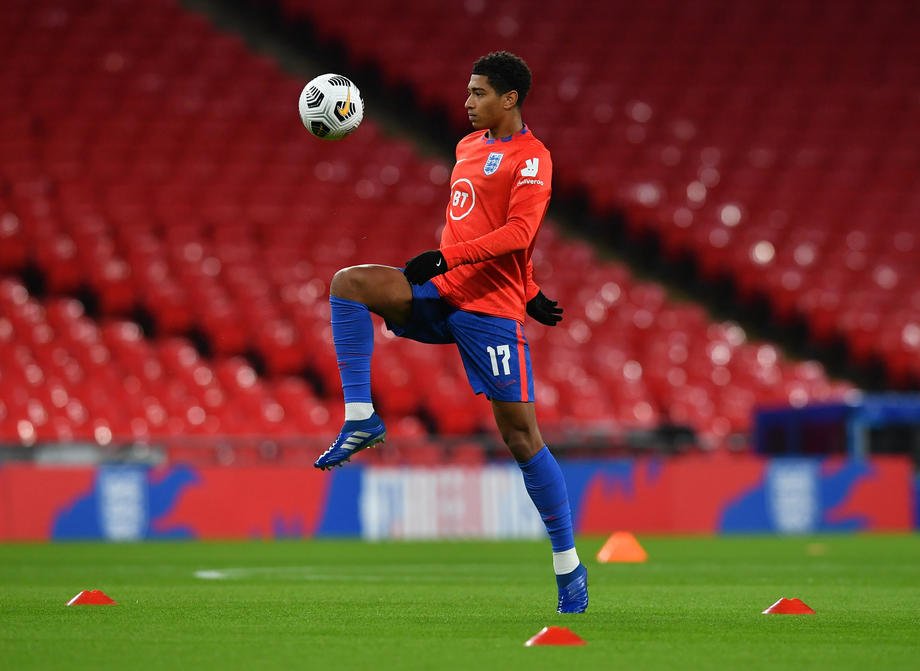 Jude Bellingham warms up ahead of the friendly against Ireland

Jude Bellingham wants to make many more special memories with England after the 17-year-old became the country’s third-youngest player in history.

Only Theo Walcott and Wayne Rooney represented the Three Lions at an earlier age than the Borussia Dortmund midfielder, who came off the bench for his debut in Thursday’s 3-0 win against the Republic of Ireland.

Bellingham’s bow aged just 17 years and 136 days put him in the history books, winning the first cap of what looks like being a long, successful England career.

“International (recognition) is the pinnacle of football, really,” the teenage midfielder said. “To be able to do it and, you know, alongside Jadon (Sancho), who has helped me a lot so far this season already, it’s very good for us both.

“I would have loved to have my family here today.

“But hopefully everyone enjoyed it from back home and, you know, looking forward to the future and trying to make many more of those memories.”

Bellingham was not included in Southgate’s initial 29-strong squad but an injury to James Ward-Prowse saw him promoted from the England Under-21s at the start of the week.

Dortmund team-mate Sancho has helped him settle into the senior settings, where the 17-year-old has impressed team-mates and coaches with both his attitude and aptitude.

“I’ve really enjoyed being away with the lads,” Bellingham told the FA.

“I think I’ve learned so much and I’ve had a great experience learning from everyone.

“You know, the manager has been great and it’s been a really great environment for the first few days.

“All these superstars kind of guiding me around training and stuff and helping me out, it’s been great and, as I said, it’s not just the manager that I’m learning from. It’s them as well.

“Picking up bits of their game and it’s been really good and I’ve enjoyed it so much.”

Asked about working with Southgate, the 17-year-old added: “I think he’s just trying to find how it’s been in Germany with me and kind of just trying to welcome into the squad the best he can, really.

“He’s been amazing and I’ve learned so much.”

Bellingham had only just turned 13 when Southgate first took charge of England, yet his ascent with Birmingham and Dortmund has seen him fast-tracked into the senior set-up.

But bringing in somebody so young brings extra complications for the Three Lions staff as the teenager needs to balance schoolwork with international football.

“Well, I didn’t personally have to check it but it is a requirement for a young player of that age to do a certain amount of education every day,” England boss Southgate said with a smile.

“We have been helping him fulfil that and it is standard practice with our younger teams as well.

“I thought he was a little nervous at the start, which was completely understandable because it is such a big occasion.

“One of the hardest things is to fit in with the rest of the group and you are training and working with players who, in Jude’s case, he has only really seen from afar because he is playing abroad at the moment.

“But you could see the longer he got in, the more touches he got and the more confident he got – so it was a special moment for him and for his family.

“It was exactly what he hoped to be able to give him, some training with the team, the experience of working with top professionals and then a small taste of the game which will be really good for his development.”

What’s Eaten Where: The Atacama