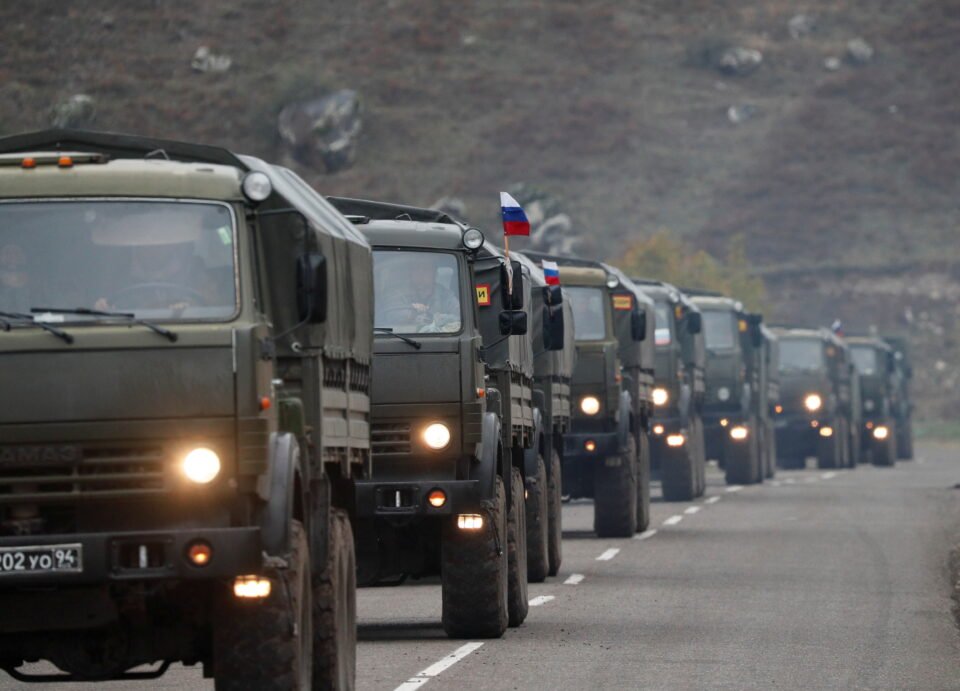 THIS time, the truce will last. The 2,000 Russian troops flying into Armenia this week and fanning out to police the ceasefire lines in Nagorno-Karabakh are being sent there for five years renewable, and neither Armenia nor Azerbaijan will challenge them.

Armenia is in shock, but what remains of the Armenian enclave in western Azerbaijan would quickly be overrun if the Russian troops were not there. As Arayik Harutyunyan, Nagorno-Karabakh’s separatist leader, admitted on Tuesday, “had the hostilities continued at the same pace, we would have lost all of (it) within days.”

Azerbaijanis are jubilant about their victory, but they will abide by this ceasefire. It’s enough: about three-quarters of the Armenian-occupied territory in Azerbaijan has fallen into their hands already, or will be handed over by Armenian forces by the end of this month. Besides, the Russians would be very cross if they broke their word.

Armenia won all that territory in a war that was almost inevitable after the Soviet Union collapsed in 1991. Both Armenia and Azerbaijan were ‘republics’ during the Soviet era, but the borders that Stalin had drawn for them left a significant ethnic Armenian population inside the Azerbaijan Soviet Socialist Republic.

The Armenians living in the ‘Nagorno-Karabakh Autonomous Oblast (Province)’ accounted for about four-fifths of the local population. They declared their independence in 1991, and when fighting broke out between them and the Azerbaijanis, Armenia proper, also newly independent, sent troops and weapons to help them.

That war ended in an Armenian victory in 1994, after Armenian troops drove all the Azerbaijanis not only out of Nagorno-Karabakh, but also out of three times as much territory to the north, south and west of it. Armenia wound up with a large territory extending about 50km east from its own eastern border.

The analogy with Israel’s situation immediately after the independence war in 1948-49 is irresistible.

There were only 800,000 Jewish Israelis in former Palestine in 1949, surrounded not only by a million Palestinian Arabs but by another 50-100 million Arabs in other countries within military reach of them.

There were 3.3 million people on the Republic of Armenia in 1994, and another 145,000 Armenians in Nagorno-Karabakh. There were no Azerbaijani minorities left in Nagorno-Karabakh nor in the large occupied territories around it, but there were about 75 million Turkish-speaking Muslims in Azerbaijan and Turkey who saw the outcome as an outrage.

That was worrisome, especially for people who were survivors of a recent genocide (the Armenians in Ottoman Turkey in 1915-18, the Jews in Nazi-ruled Europe in 1941-45).

However, both Armenia and Israel are supported by very large ‘connected’ diasporas: around 7 million people in each case, the great majority living in relatively prosperous countries like the United States, France, Canada and Russia. So how did they fare in terms of holding on to their lands?

Both countries have held their core territory as defined at independence. They are likely to do so indefinitely thanks to great-power guarantees, for Armenia by Russia and for Israel thanks to French guarantees until 1968 and subsequently by the United States.

Israel conquered quite a lot more territory in 1968, some of which (the West Bank) it is busily settling with Jews and will probably keep forever. Armenia also conquered extra territory in 1994, but it is losing most of it right now.

The ceasefire lines will probably become de facto borders. All the formerly occupied territories around Nagorno-Karabakh will be repopulated by Azerbaijani refugees, including the one road linking it to Armenia proper (but Russian peace-keeping troops will hold it open).

About a quarter of Nagorno-Karabakh itself was also captured by Azerbaijani forces, and will stay in their hands. Most Armenians have already fled the enclave, and only a minority are likely to return given the precarious lifeline through the Lachin corridor and the fact that Azerbaijani troops will remain within 5km of Stepanakert, the capital.

Why such dramatically different outcomes? The obvious answer is that Azerbaijan is oil-rich and was spending nine times as much Armenia on ‘defence’. But the Arab world is oil-rich too. How did Israel manage it?

By mobilising the support of its diaspora a great deal better. Immigration has grown Israel’s Jewish population from 800,000 to seven million since independence. In contrast, the population of the Republic of Armenia has actually fallen by a quarter-million, and there was no big influx of Armenians from overseas to Armenia proper, Nagorno-Karabakh or the empty occupied territories.

As with immigrants, so also with money for defence. Why Armenia couldn’t exploit its diaspora more effectively is a mystery, but that’s the difference. The military defeat was the eventual, inevitable result of a long-running political failure.

Johnson in share of Masters lead, DeChambeau flirts with cut