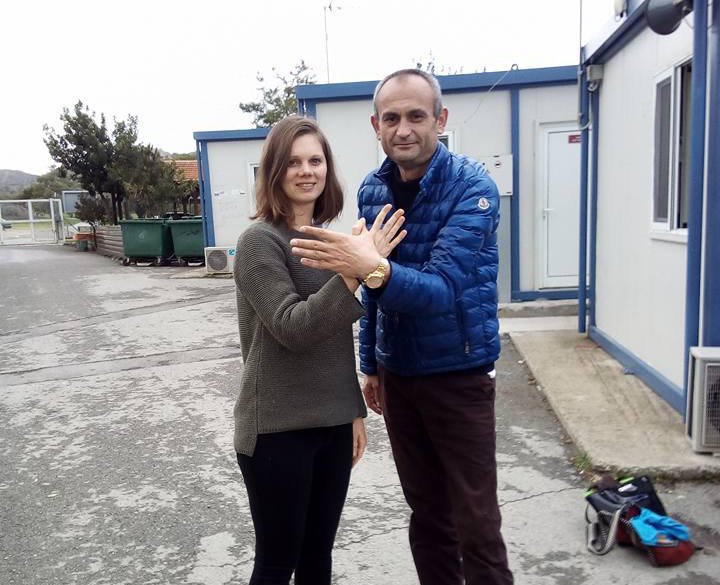 Interview with Alban at Kofinou camp in 2017

Foreigners who now live in Cyprus, for a wealth of reasons, give their view on how the island sees them. Bureaucracy, feeling outside, making a home, Alix Norman finds out more

‘Memory has become a battlefield. We no longer fight with swords, but stories.’

Thus begins I Am Cyprus, a collection of 25 interviews with those who have “helped build the political and social makeup of the island. Their stories,” writes author Annetta Benzar in the introduction, “are changing the landscape of the island, and it is time their contribution is acknowledged…”

This idea of identity, of belonging, runs throughout a book more fully titled I Am Cyprus: 25 stories of the Migrant and Refugee Experience in Cyprus. It is a notion which has always held a particular fascination for Annetta, who variously describes herself as a ‘migrant’, a ‘third country national’, and a ‘resident’; born in Belarus, she has lived in Cyprus since the age of four. “My whole childhood is here,” says the 27-year-old. “Whenever I’m asked whether I feel Cypriot or Belarussian, I always answer that I don’t feel either.” And yet, she suggests, it is “outsiders” like herself whose stories are bringing a new depth and richness to the Cypriot identity.

‘The ‘alien’, the ‘foreigner’, the ‘enemy’, the ‘immigrant’, the ‘migrant’, the ‘refugee’. The beautician, the driver, the business partner, the student. The neighbour, the daughter-in-law. The child. Their stories are changing the landscape of the island,’ she writes, ‘and it is time their contribution is acknowledged. Their solidarity and their belonging, their Cypriotness and their Cyprus. It is all one. History. The purpose of this collection is to shed light on how many stories from ‘outsiders’ have helped build the political and social makeup of the island, and how the island has in turn treated them…’

Within the pages, we meet Zuzana who, born in Latvia under the Communist regime, escaped her abusive husband and agreed to a green-card marriage with a Sri Lankan to save her children. We encounter Biryar, who – having left Syria and entered Cyprus illegally – speaks English and Greek and Arabic and French and Kurdish, and believes ‘there is no place that is my country. But if you feel good, it’s your country wherever.’ And Bella, who married into a Cypriot family and laments the lack of respect her husband has for his mother, and feels she will forever remain ‘paraxenoi’ in her family. 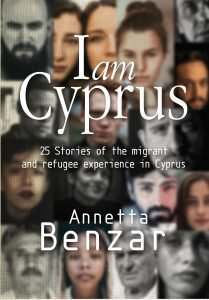 There are heart-rending tales of displacement, of loss. Of beginning again with nothing. Obi, from Iran, admits to a love-hate relationship with both the nation of his birth and the country in which he now resides. ‘I was born on August 21 and that’s exactly the day we arrived in Cyprus. It was a completely new beginning. We went to the Immigration Office and registered our papers. There, unfortunately, I got very disappointed in how people were treating us, the employees were very unfriendly and mocking us. Even after 16 years, I never entered a comfort zone in Cyprus. Do I think of Cyprus as my home? No. No, I don’t.’

Many of the interviewees make reference to the difficulties they have faced in coming to the island, in particular the paperwork challenge. Thea refers to them as ‘The Ping Pong Game. Sending you back and forth. “Now bring me another document,” then “No, this is not the right one. I told you to bring something else.” When I realised this is how you play the game, I asked the man for his name. So when I came for the third time and he said “No, you don’t bring the right documents,” I showed him the piece of paper. “You told me this is what we needed and I got what you told me,” and he said, “You didn’t talk to me.” That’s how things work here. It is not what is right and what is wrong. it is who you know.’

But it’s not the endless bureaucracy that connects each story, suggests Annetta. “Instead, I think each story is linked by that feeling of always being outside. Like there’s a group of people who belong and you are not part of that, not part of whatever that community may be, however ambiguous. It’s a feeling that a norm exists, but that you are outside the norm.”

And yet, despite being ‘outside the norm’ many of the people Annetta spoke with have found peace here in Cyprus, as time has turned a strange land into a home. When Nigel arrived from the UK, the first professional black footballer in Cyprus, he admits that he ‘just ate ice cream because it was so hot. For the first five years I didn’t understand anything.’ But over time, his perceptions changed. And as the top goal-scorer for his team, he soon noticed that ‘everywhere I went, someone supported my team or knew me. That’s how they were. I think they loved me. It’s been over 30 years now. They still remember me.’

And Julien, of Greek Lebanese heritage, acknowledges that ‘Cyprus is all I have ever known. I grew up here, my whole life is here. The Cypriot people are very tolerant and accepting of Lebanese people, and there is loyalty from the Lebanese community towards the Greek Cypriots. If I’m not Cypriot, what am I? Here is where I have found a home.’

“What you make of each story really depends on you, the reader,” Annetta concludes. “It’s about how you choose to read each interview. Everything is always changing,” she adds. “And time changes everything. Our past, our memories, are continuously shifting. And this book is an opportunity to rethink how and what we choose to incorporate into our grand narrative of history.”

I Am Cyprus, one feels, is Annetta’s weapon on the battlefield of history; her way of defending those whose stories are rarely heard. She fights, not with swords, but with words. Words worth reading.

The adrenaline rush of being a chef