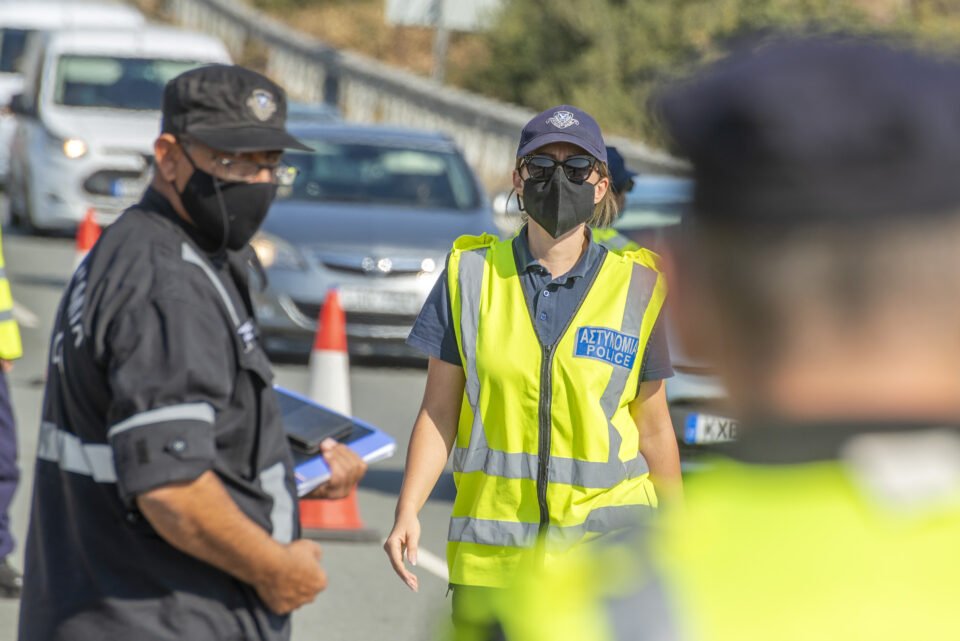 As an early curfew and movement ban came into force Paphos and Limassol to try to curb the spread of Covid19, many residents in Paphos feel that they are being singled out and unfairly penalised.

A police spokesman said drivers approaching checkpoints will have their paperwork checked and if it not valid a fine from €300 will be imposed.

“Drivers will also be turned back to where they set out from,” he said.

“It is our mission to help and explain to the public and if they have the incorrect papers, how they can find the best solution. Our officers have been briefed to show good behaviour. We (the police) have to implement order.”

One Paphos resident is concerned that the travel ban, curfew and PCR test needed to enter the district as of Wednesday will create an impossible situation for his family as his daughter is undergoing life-saving chemotherapy at Makarios Hospital in Nicosia.

“Although we have been told by the hospital that we will not need Covid tests as it is presumed we are safe and being careful because of our daughter who is at high risk, we can’t be sure. The health ministry announced that all those travelling need a negative PCR tests. What if we get stopped on the way for her treatment and have to go back to Paphos,” he said.

The family currently travel up and down to the capital every week, and spend some days in Nicosia, before returning to Paphos.

“How can we practically test every time. And who will pay, it would be very expensive. On Thursday my daughter finished her treatment until next week and we had to rush back to Paphos and we were worried about the curfew. It’s very stressful,” he said.

Many Paphos residents believe that introducing restrictive measures only in Paphos and Limassol is absurd, and should be applied island wide.

“The curfew doesn’t bother me, but it makes no sense to punish Paphos. If people wore their masks as they should, it would be much safer for everyone. I still see people walking in busy streets in all the towns with no masks and greeting their friends like nothing is happening. It’s crazy. The entire island should be on lockdown, not just us,” an angry resident told the Cyprus Mail.

“What is this, a dictator state where we have to have roadblocks so that we can’t travel to other towns and are told we can’t leave home after 8pm? We are either open or fully closed and staying inside, it can’t be like this. The politicians always single Paphos out, they don’t like us,” said another.

One local businessman said the restrictions should be applied all over Cyprus with “everything” closed for three weeks or so, and SMS permissions to leave the house in line with the first lockdown.

“This approach won’t bring the numbers down much, as people are still getting together and out and about. It also gives ammunition to those that think it’s all a big lie, or that the government has something against Paphos or Limassol. It’s causing too much aggravation and people would take a total lockdown, with support from the government far more seriously.”

Mandy Maskell, a Paphos hairdresser has had to close her business until November 30, in line with the new restrictions. She said although she understands that action must be taken to slow down the spread of the virus, closing hairdressers doesn’t make any sense.

“We haven’t had any real cases in hairdressers in Paphos and we have been masked, sanitizing and taking temperatures of our clients since May 21, and yet schools are still open, where many cases come from. I feel for the restaurants and bars, some of them may never open again,” she said.

“The government would be criticised whatever it did, but it worries me that we may be closed for more than two weeks. Before the government said it would be two or three weeks and it was almost 10.”

Our View: HIO move on referrals will do little to solve the problem