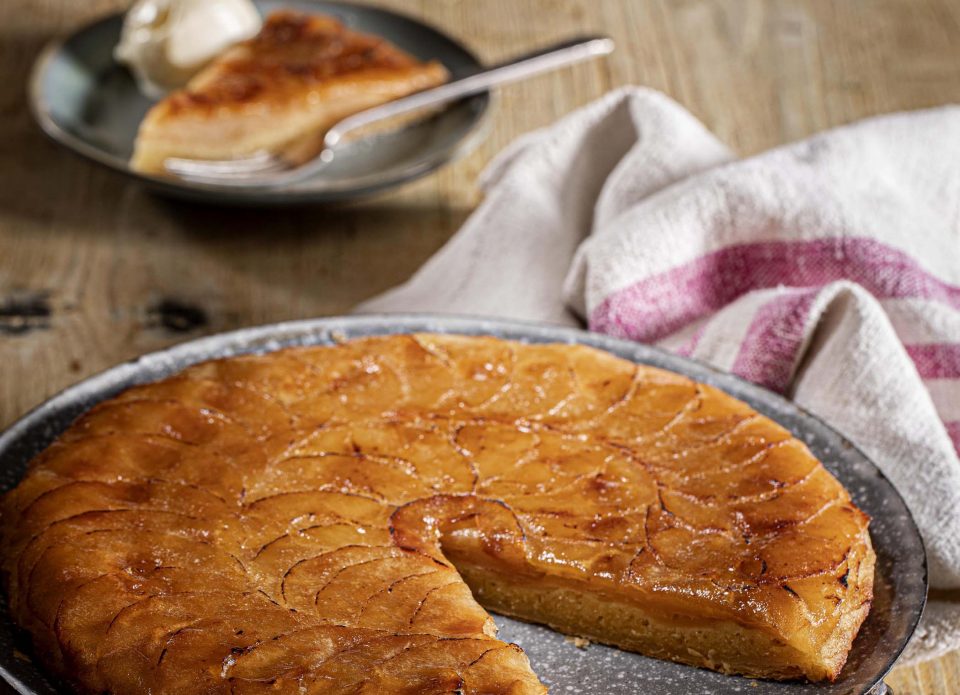 You might think, given the long hours and frenetic pace of life in a high-end restaurant kitchen, that any pro chef would be delighted to take a breather for a while. Not Calum Franklin.

When the executive head chef at Holborn Dining Room was put on furlough for a week after his London brasserie temporarily shut up shop due to the pandemic, Franklin didn’t sit back and relax – he teamed up with local foodie friends to fundraise for good causes.

“My wife works for the NHS so I think I had just a mixture of guilt and boredom after a week – I needed to do something,” Franklin tells me on the phone, just days before he’s due to reopen the highly-acclaimed restaurant and The Pie Room – which sells pastry-based creations to-go – both located at the five-star Rosewood Hotel.

The 37-year-old has also been busy preparing for the launch of his debut cookbook. Called The Pie Room, it features dishes that have appeared on the Holborn Dining Room menu alongside some new recipes, as well as detailed guides on how to perfect all the classic pastry types, from shortcrust to choux.

Franklin hopes it’ll help dispel some of the fear that surrounds pastry-making.

Naturally, the self-confessed ‘pastry deviant’ thinks homemade is best, but even he will bust out a packet of the shop-bought stuff on occasion.

“There’s no shame in it. I’ll use Jus-Rol at home if I’m in a rush to do something, I have that in the freezer,” he says, which is why recipes in the book include the option of readymade in the ingredients list.

So what’s a good a recipe for a beginner to start with? It’s not, you may be surprised to discover, a time-honoured British classic, but a thoroughly modern pie with an American-inspired filling.

“Something like the mac and cheese pie is a good one because the filling’s really quick and easy, and then you can apply some of the decoration techniques that are in the book,” Franklin says. “And it’s SO tasty.”

300g classic puff pastry (see below, or use shop-bought)

To make the frangipane:

Beat the butter, sugar and vanilla seeds together until the butter has turned pale and creamy. Add one egg at a time, whisking until each is fully incorporated before adding another.

Once all the eggs are incorporated, use a large metal spoon to fold in the almonds until well mixed.

To make the pastry:

For the lock-in butter:

First prepare the dough. Sift the flour into a large bowl and add the salt, butter and water. Using your fingers, gently mix to an even dough. Transfer the dough to a lightly floured surface and knead it for five minutes or until smooth.

Flatten the dough into a neat rectangle, wrap it tightly in cling-film and rest in the refrigerator for 45 minutes.

Meanwhile, prepare the lock-in butter. Thoroughly clean and dry the bowl and line a baking tray with parchment paper. Place the butter and flour in the bowl and either work the flour into the butter using a wooden spoon for five to 10 minutes, or use the mixer working at a low speed for two minutes or until everything is well incorporated. Scrape the butter mixture onto the lined tray and, using floured hands, shape it into a square about 1cm thick. Place the butter mixture in the refrigerator until just chilled.

On a lightly floured surface, roll out the dough into a large square that is twice the size of the lock-in butter. Place the butter in the centre of the dough but at an angle so that the corners point towards the edges of the dough. Making sure you do not trap any air, fold the corners of the dough over the butter, bringing them into the middle like an envelope. Lightly pinch together all the joins to seal and completely encase the butter.

Chill the dough in the refrigerator for 30 minutes.

Repeat the turning and folding processes two more times. After the final turn, chill the dough in the refrigerator for 45 minutes and then it is ready to use.

Line a baking tray with parchment paper. On a lightly floured surface, roll out the pastry into a large circle about 5mm thick. Slide the rolled-out pastry onto the lined baking tray and rest in the refrigerator for 15 minutes or in the freezer for 10 minutes. Trim the edges of the pastry into a neat circle that measures 24cm in diameter and return to the refrigerator or freezer.

Preheat the oven to 185C fan. With the pastry still on the lined baking tray, and leaving a border of 2cm around the edge, spread around 200g of the frangipane evenly across the pastry.

Using a pastry brush, mix the caster sugar and softened butter together to make a paste.

Peel and core the apples. Using a mandoline, slice the apples to 2mm thick. Take just over one-quarter of the slices and fan them out in a circle around the outer edge, keeping in line with the edge of the frangipane. Roughly brush the apples with some of the butter mixture.

Repeat to create concentric circles until the pastry is covered.

Place the tray in the preheated oven and bake the tart for 30 minutes or until the apples are starting to caramelise and the pastry is beginning to crisp up.

Remove the tray from the oven. Using a sieve, dust the tart with the icing sugar and then lay another sheet of parchment paper over the top of the apples. Take a second baking tray and lay it on top of that parchment paper. Using a dish towel or oven gloves to protect your hands, quickly flip the tart over so the apples are now facing downwards on the new tray. Lightly press down the top tray and then remove it and the original parchment paper. Return the tart to the oven for a further 20 minutes.

Remove the tart from the oven. This time place a serving plate or platter on top of the pastry, and then flip the tart again. Serve warm with clotted cream.

The Pie Room by Calum Franklin is available now

Changing the landscape of the island

The importance of asking questions

Golden eyes: How to recreate the dazzling catwalk look at home

Saving the Quasimodo of produce with jams and sauces