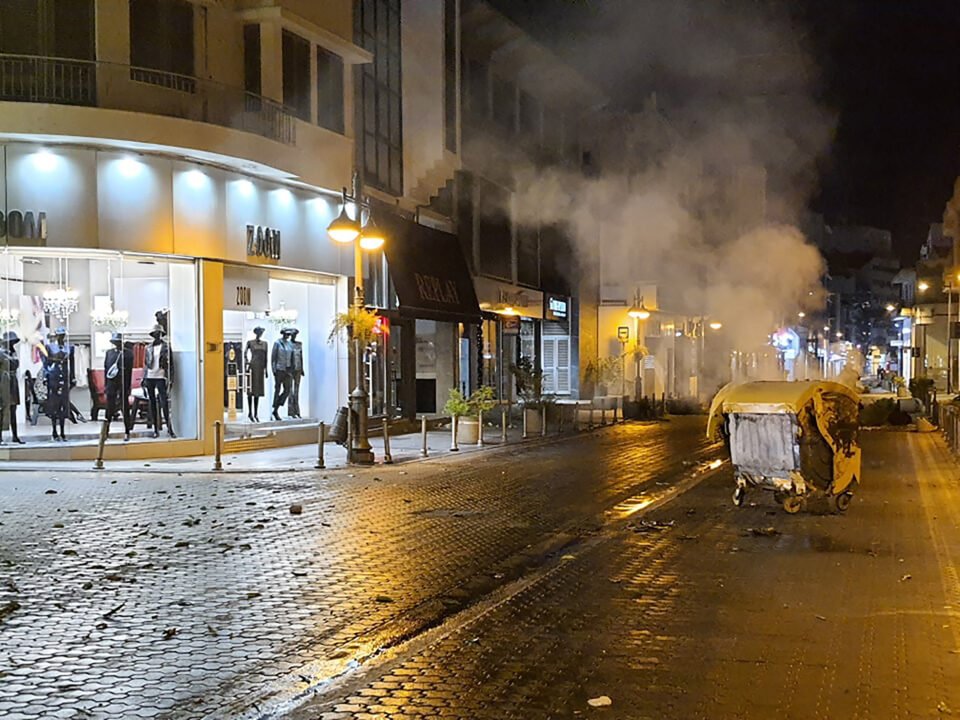 Nine people aged 16 to 27 were remanded in police custody for three days on Sunday after they were arrested during a demonstration against new measures to fight the coronavirus in Limassol on Saturday evening.

The offences of conspiracy to commit a crime, harassment, illegal possession and transportation of explosives and causing malicious damage are being investigated against them.

According to the police, the demo went ahead without a relevant licence and a total of 23 arrests were made.

The remaining 11 were charged for breaking decrees and sent home.

Four police officers from the MMAD unit were lightly injured during the event, taken to hospital and sent home.

During the evening police found six Molotov cocktails hidden behind a bin that were ready for use. A patrol of the area later in the evening found a pipe bomb which was safely detonated.

According to police there were around 3,000 people peacefully taking part in the demo but shortly after 7pm when a group of people wearing hoods started to throw stones, light fires and throw firecrackers and fireworks.

The hooded group then fled into the narrow streets around Heroes square where the episodes continued.

Speakers at the event reportedly told gathered crowds to go out when they wanted to.

Meanwhile, on Friday two people, aged 22 and 26, were charged with inciting others to commit a crime. They had written on social media about the protest, encouraging other people to commit offences, police said.

Police added that anyone who is recognised as taking part in the demo faces a charge of €300.

Speaking to CyBC radio, Limassol mayor Nicos Nicolaides confirmed no licence had been given to hold the protest as such events are not allowed under decrees issued by the government to contain the spread of coronavirus. He expressed sorrow over the fact that the demonstration, at which many people were not wearing masks, had been held.