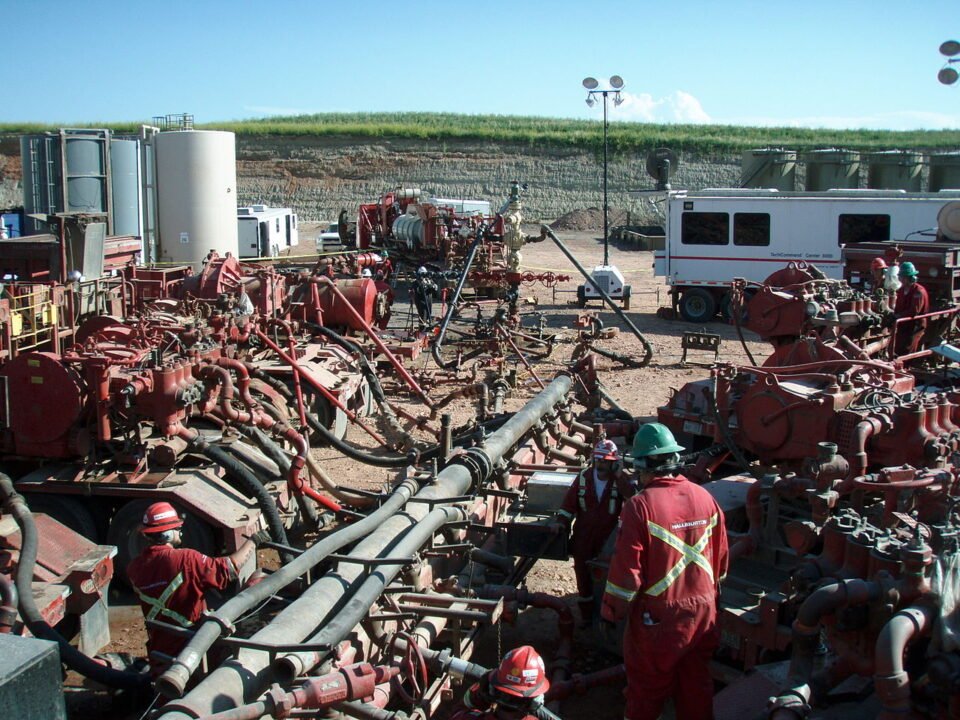 A fracking operation in Texas

During the US presidential elections, president-elect Joe Biden made many far-reaching promises regarding the future of US energy, and in particular a pledge to spend $2trillion, spread over four years, to eliminate carbon emissions from the power sector by 2035. This is also aimed to help lift the US economy post-Covid-19 by creating “stable, well-paying jobs that drive clean energy here at home and abroad”. These commitments have created massive expectations, but will also have far-reaching impacts on energy worldwide.

But as his long political career shows, Biden is not an idealist – he is a realist and a consensus-builder. He is likely to pursue his clean energy plan in a pragmatic way.

Biden promised to completely revamp the US energy industry, putting climate change driven policies at the centre of it, something that also has wider appeal within the Democratic party.

One of the first actions of Biden’s presidency will be to bring the US back into the Paris Agreement and work with Europe towards the COP26 conference in Glasgow in November 2021. In preparation for that he is likely to make additional climate change pledges, including a 2030 emission reduction target and joining the ‘net-zero emissions by 2050’ club. His plan also includes reforms in infrastructure, the automobile industry and the power sector.

But if control of the Senate stays with the Republicans, he is likely to meet resistance implementing his plan to commit $2trillion to clean energy. But he will be able to promote use of renewables and facilitate the expansion of electric vehicles at the expense of fossil fuels.

However, even though he will accelerate transition to clean energy, he is not likely to take any direct measures to specifically curb US oil and gas.

US oil and gas

Biden’s clean energy plans are bound to have a far-reaching impact on what is already a beleaguered US oil and gas industry.

He is unlikely to step-in and provide support to the highly indebted and, at present, largely unprofitable US shale industry, which has been in a state of crisis since the collapse in oil prices. Hopes for a quick recovery will be dashed and further consolidation is inevitable.

On the other hand, if he rolls-back the trade war – and tariffs – with China over time, it could boost oil and gas demand and through it prices.

Central to Biden’s climate change commitments is a ban on new leases on federal lands. However, he clarified that fracking is “not on the chopping-block…it has to continue because we need a transition” – but he will make it cleaner. As Daniel Yergin, vice-chairman of IHS Markit said, “I don’t think Biden is going to want to be the president who presides over the most rapid increase in US oil imports in history.”

But he will introduce stringent regulations to eliminate methane emissions from oil and gas facilities. In this regard he will find an ally in the EU, that has just published its ‘methane strategy’ and is pushing for cleaner liquefied natural gas (LNG) imports. Satellite data show that methane emissions associated with US LNG imported to Europe could be as much as 20-times higher than Russian imports.

Natural gas will have a role to play but it will need to become cleaner. It will need to deal effectively with methane emissions and to be decarbonised. Biden’s plan includes commitment to develop ‘carbon capture and storage technology’ (CCS) and to provide incentives to accelerate deployment.

But with 2035 only 15 years away, as renewables expand and decarbonisation bites, natural gas may increasingly become economically and environmentally untenable within the power sector. Biden’s support for electric vehicles would also erode demand for oil.

If domestic natural gas consumption declines, the danger is that there would be even more pressure on gas exports flooding global markets, causing disruption similarly to shale oil.

Such developments – which are quite likely – would affect the US oil and gas industry adversely. In addition, combined with similar policies in Europe, Biden’s policies will affect the future of energy globally – between them the US and the EU consume more than 30 per cent of the world’s energy.

Impact on the oil market

The oil industry is still under pressure from anaemic demand growth. But the new Covid-19 vaccine is bringing hope that recovery is in sight. Management of oversupply, as Opec+ is doing at present, will be critical to that.

Biden has already indicated that he intends to work with the EU to bring the US back into the international Iran nuclear agreement. This would lead to removal of US sanctions, which would enable Iran to reinstate its crude oil exports to pre-sanction levels, over 2million bls/d, from less than 0.5million bls/d now.

If Opec+ is unable or unwilling to respond with further production cuts, this would maintain oversupply and low prices, delaying recovery of the troubled oil and gas industry.

Biden committed to fully integrate climate change into US foreign and national security policies, with global implications. There is a growing expectation that the US will step back into a leading global climate leadership role.

But first, Biden will re-engage with Europe and mend the trans-Atlantic relationship by restating support for Nato. Important to this is restoring US-German relations, which may also mean removing obstacles to Nord Stream 2. With Europe’s support he will then confront the economic and geopolitical challenges posed by China.

The importance of Nato and concerns about Russia may also mean finding ways to deal with Turkey and its belligerent involvement in Syria, Libya, around the Caucasus and in the East Med. But even though last year Biden said “Turkey is the real problem here…I know what it takes to negotiate with Erdogan, and if I were president, I would make him pay a heavy price for what he has done,” with Nato in mind he may act with caution. Nevertheless, Turkey should expect a tougher time with Biden than it had with Trump, especially with regards to civil liberties and human rights, as well as aggression towards its neighbours.

The strategic importance of the Middle East to the US will diminish even further. The close relationship with Saudi Arabia and Israel may be placed on a different footing, with US interests taking priority – for example re-entering the Iran nuclear agreement and distancing from the Yemen quagmire.

Oil and gas are not likely to be driving factors in shaping future US policy in the Middle East and East Med regions.

Dr Charles Ellinas, is a senior fellow at the Global Energy Centre of the Atlantic Council @CharlesEllinas