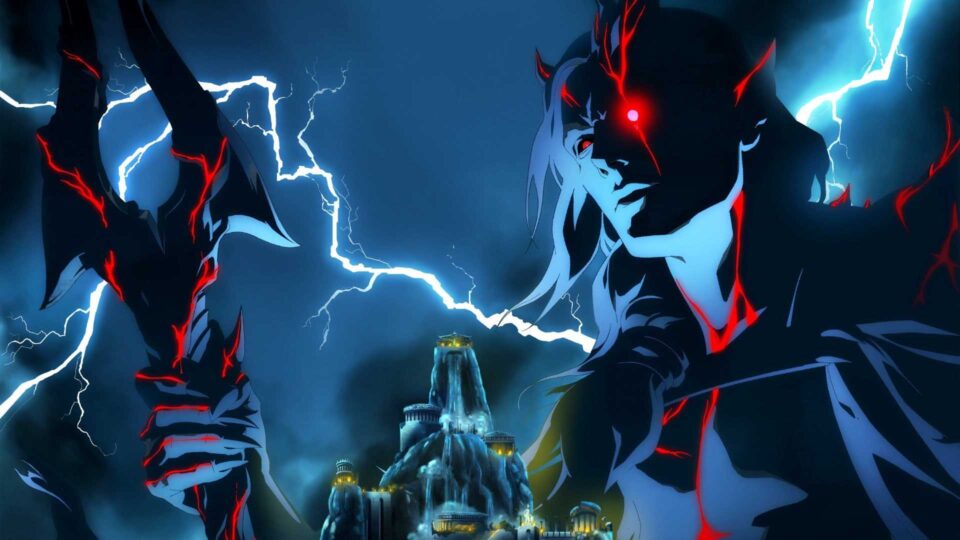 Before delving into Blood of Zeus, an original anime series released on Netflix in late October, let me acknowledge that though Greek mythology fatigue is a valid concern I do not subscribe to the notion that mining ancient tales should be put to rest any time soon. After all, there is a reason why these stories persist through the ages and find new audiences time and again. As art director Mike Gabriel once said, it’s about being able to show old truths in new ways.

Blood of Zeus, unfortunately, does not manage to pull this off throughout its duration. Fans of Greek mythology, even casual ones, will find this world familiar, despite the attempts at modernising, adapting and reimagining the source material.

The series does not claim to be an accurate representation of any one of the myriad ancient Greek myths, with its prologue claiming that this story is one that had been ‘lost to history’. However, nearly all story elements are plucked from well-trodden storytelling territory.

Zeus oscillates between a lecherous philanderer and a caring father, Hera is jealous and obsessed with revenge, a demigod seeking to find his place in the world after their life becomes torn asunder, a cavalcade of gods are themselves, becoming wealthy self-serving mortals and ultimately paying the price for it, and, naturally, your casual case of heteropaternal superfecundation.

The show is branded 16+ due to its violence and that’s about the age group I would expect to find it the most appealing. While the action scenes and on-screen violence do merit that certification, with severed limbs, pierced skulls and general all-round gore being fairly common throughout the series, the overall tone of Blood of Zeus isn’t particularly weighty or dark enough to genuinely frighten or disturb viewers.

The voice acting on the show is quite solid, although the relative lack of dialogue or monologue-heavy makes this a light task for the cast members involved. The unadorned language goes hand in hand with the animation, which frankly is somewhat too lacking in detail for my liking.

Viewers familiar with Powerhouse Animation Studios, perhaps through Castlevania, another Netflix animated series they have been involved with, will recognise the style. Clear lines, unfussy backgrounds, clever use of shadows in moments of narrative revelation, and a general crispness in the overall aesthetics.

The simplicity of the animation can be a little too much at times, however, with the best way of describing it as inconsistent. At times there is lovely detail, especially in location-establishing shots, or in some of the action sequences, but elsewhere it can be too bare, too linear, with movement being a little stilted and rigid. The animation also employs certain tricks to reduce cost, including the zooming in or out of a still image to create the feeling of motion, or very limited animated movement being concentrated in small areas of the screen and thus creating an unflattering sense of contrast.

Blood of Zeus is an inoffensive take on a classic set of stories, with competent but mostly functional animation, a solid voice actor cast, which can be easily digested in multi-episode chunks without wearing down on the viewer. The question is where the show will go in a mooted season two and what creators Vlas and Charley Parlapanides can do with the characters they created.

Coronavirus: ministry clarifies who can move freely in and out of lockdown areas

Coronavirus: high turnout for rapid testing in Paphos and Polis

Top 5 Movies to watch on horses