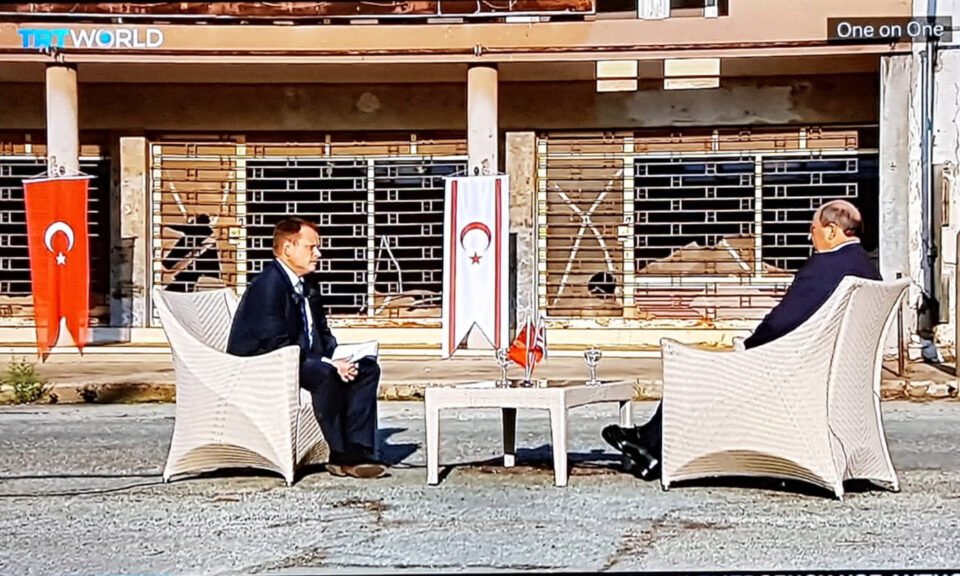 President Nicos Anastasiades on Tuesday lambasted as “untrue”, claims by Turkish Cypriot leader Ersin Tatar that he did not rule out a two-state solution as regards a Cyprus settlement during their first informal meeting earlier in the month.

In a written statement, the president said Tatar’s claim made in an interview was untrue when he said that Anastasiades did not explicitly rule out a two-state solution when the Turkish Cypriot leader raised it during their first meeting.

According to Anastasiades, Tatar also claimed that the Greek Cypriot leader was actually expecting him to lay out this position due to statements made both in the past and during the pre-election period in the north.

“Throughout my meeting with Mr Tatar, my position was clear that the solution that can be reached is solely on the basis of the high-level agreements, decisions and resolutions of the UN Security Council and in accordance with the EU principles and values,” Anastasiades said.

When Tatar raised the issue of a two-state solution during the meeting, Anastasiades said, “I not only rejected it, but I argued and stated, among other things, that, in addition to what I have said before, no one at international level, in the UN and especially in the EU , will accept such a solution.”

“Therefore, what Mr Tatar is saying, not only does not correspond to reality, but also raises suspicions about his motives in view of the initiative of the UN Secretary-General,” Anastasiades said. At the same time, he added, they question the sincerity that should exist between the two of them “for the good of Cyprus.”

“For the last time, I call on Turkey and Mr Tatar to realise that a just, functional and lasting solution to the Cyprus problem will not be achieved through distortions, but through genuine political will for the benefit of the Cypriot people, Greek Cypriots and Turkish Cypriots, on the basis of the high-level agreements, UN resolutions and decisions, the convergences reached at the talks, the framework of the (UN)SG, international law, and EU principles and values,” Anastasiades said.

Tatar gave an interview with TRT World, in Varosha, aired this week.

Among other things, Tatar said he had recently proposed to the Greek Cypriot side that 100 Covid patients from ‘the south’ be treated at the newly constructed pandemic hospital in the northern part of Nicosia.

The interview took place on a street in Varosha with the fenced area’s buildings as background.

Anastasiades and Tatar met at the beginning of November for the first time right after the latter won elections in the north.

They both said they were willing to positively respond to the UN Secretary-General’s commitment to explore the possibility to convene an informal five-plus-United Nations meeting, at an appropriate stage. Anastasiades, however said he would discuss a federal solution, which is what the two sides had agreed on, but Tatar said it was time to put more options on the table such as a two-state solution.