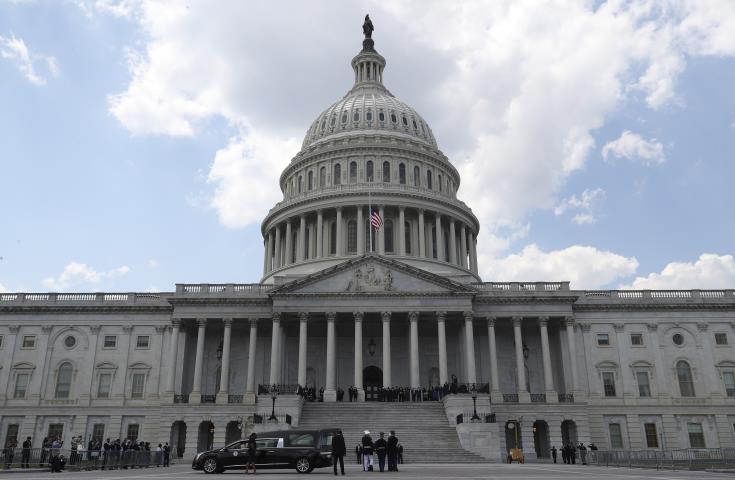 Congresswoman Carolyn B. Maloney (D-NY), co-chair and co-founder of the Congressional Caucus on Hellenic Issues, and Congressman Gus Bilirakis (R-FL), co-chair of the Congressional Caucus on Hellenic Issues, led 21 of their colleagues in a bipartisan letter to US Secretary of State Mike Pompeo urging the State Department to hold Turkey accountable for its illegal reopening of the beach in Varosha and to condemn President Erdogan’s recent rhetoric in support of a two-state solution for Cyprus.

“The United States must hold Turkey accountable for its illegal actions in Varosha and demand that the Turkish government immediately remove and prohibit anyone from occupying the area. Without tangible repercussions from the United States, President Erdogan will continue to operate as though he can act with impunity,” they said.

Cyprus, they point out, “is one of our most critical allies in the region and the United States is obligated to be engaged on the Varosha issue and actively oppose President Erdogan’s desire to create a two-state solution in Cyprus.”

The United States government, the members of Congress say, “must make clear to President Erdogan that rhetoric promoting a two-state solution in Cyprus, or any action advancing such an agenda, is unacceptable.”

As Secretary of State,  the letter to Pompeo reads, we urge you to: Publicly demand President Erdogan to immediately cease and desist from his efforts to change the status of Varosha; publicly reaffirm the United States’ commitment to a comprehensive settlement to reunify Cyprus as a bizonal, bicommunal federation; hold Turkey accountable for violating international law; maintain pressure on Ankara to reverse its stance on a two-state solution and remain engaged and ready to defend the security and sovereignty of the Republic of Cyprus.