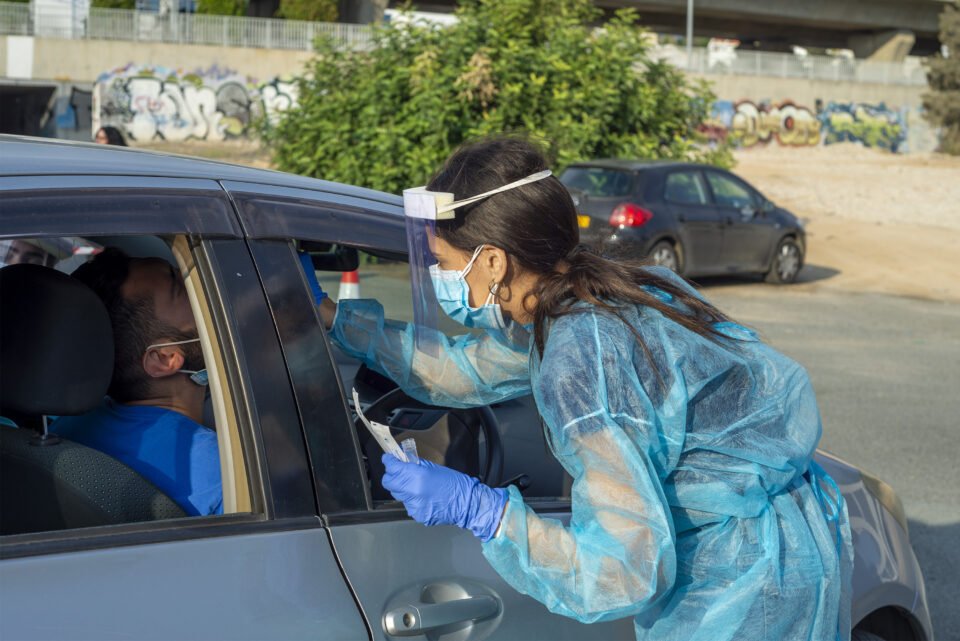 Due to overwhelming demand by workers exempted from the Limassol and Paphos travel ban to test for coronavirus, the health ministry said on Tuesday that it was postponing the requirement to show proof of a negative PCR by 24 hours to Thursday 5am.

The change in policy means that those travelling to, from and between Limassol and Paphos have an extra day to get tested and receive their results.

Long lines emerged once again in Limassol on Tuesday as people queued for coronavirus tests while confusion reigned in Paphos.

By early afternoon on Tuesday, Constantinos Ioannou apologised – again, following Monday’s apology – for the chaos which unfolded, primarily in Limassol.

“I would like to personally apologise to all the workers especially in the Limassol district who were inconvenienced today as well in their efforts to secure a test,” he wrote on Twitter.

Those in Paphos were initially told that the test centre would not open on Tuesday, and according to reports were redirected to Limassol, only for then to be told that it would open at 10am.

It was expected to be operational by 8am, as was the case on previous days, but officials stated that work would begin at 10am.

By 8:30am in Limassol, there were already dozens of people waiting in line, albeit with less of a load than was witnessed on Monday.

A mobile unit of the Bioanalysis Clinical Lab in Geroskipou also began operations on Monday morning after angry residents found it to be closed and protested.

The health ministry is also aiming to increase the testing facilities in Limassol for workers from two to four by the end of the day.

Conflicting reports from the mobile unit – shifting from being operational from 16:00 to 18:00 and while earlier having said that tests had run out – has increased the public’s frustration at the health ministry and the government.

Workers aiming to get their tests done in time are also dismayed at what they say is a lack of organisation, clarity and forethought on part of the government and the health ministry.

Pictures circulating online show long lines of people huddled together, which by the health ministry’s own advice, is likely to be breaking the health protocols.

As for the highways there was positive news on Tuesday, with little to no queues forming after it was decided on Monday that cars will be checked randomly instead of each passing vehicle. That initial decision had led to huge lines of vehicles.

Limassol shopkeepers back demo to press for support (updated)