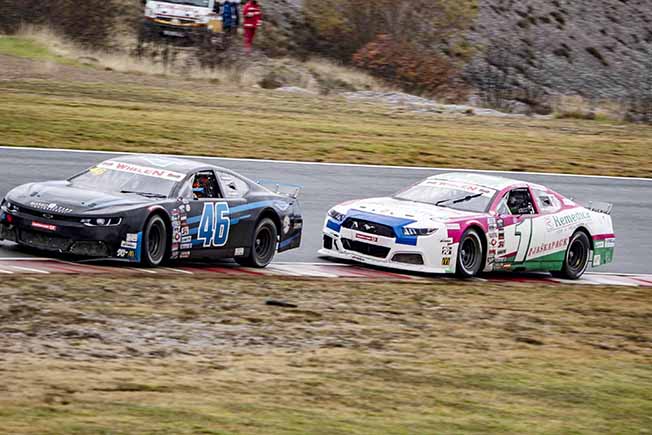 Cypriot driver Vladimiros Tziortzis continued his streak of positive results with a solid performance in Croatia, taking a precious 55 points in this season’s third round of races in the Nascar Whelen Euro Series, bringing his total to 169 points.

Remedica-sponsored Tziortzis now has a total of 169 points, meaning he remains in fourth place in the Euro Nascar 2 championship, while he ranks in second place amongst all rookie drivers.

The championship is made up of 26 drivers in total.

On Sunday, Tziortzis and his number one-labelled Ford Mustang finished in fourth place after having started in fifth, while also registering the race’s second-best lap time of 1:34.403.

This was Tziortzis’ best placement of the current season, while his second-place finish amongst the rookies put him on the podium for that particular category’s prize ceremony.

Tziortzis did very well in the practice session on Friday and managed to register the day’s second-best lap time. The Saturday race didn’t go as well as he would like, losing several positions at the start, while his attempt at recovering fifth place resulted in an incident involving the sandtrap.

The incident took place just four rounds before the end of the day’s race which pushed Tziortzis to 15th place and the 15 points that come with it.

“The race was conducted with wet weather tires due to the condition of the track. There were two collisions which left a lot of debris on the track.

“Just before the race ended two bumpers clung onto my car but thankfully no damage was caused which allowed me to maintain fourth place which, alongside my second-best lap time, pleases me a lot”, said Tziortzis after the race.

“We have four more events ahead of us. The one at Valencia in Spain at the beginning of December, as well as the Circuit Ricardo Tormo which will host the fourth and fifth rounds of the season, the final event of the year, where points count double.

“I continue to work hard, both on my physical condition as well as in the simulator and with video analysis, so that in Valencia I can make the most of opportunities for the championship but also take first place among the rookies”, Tziortzis concluded.

Charity through the promotion of well being