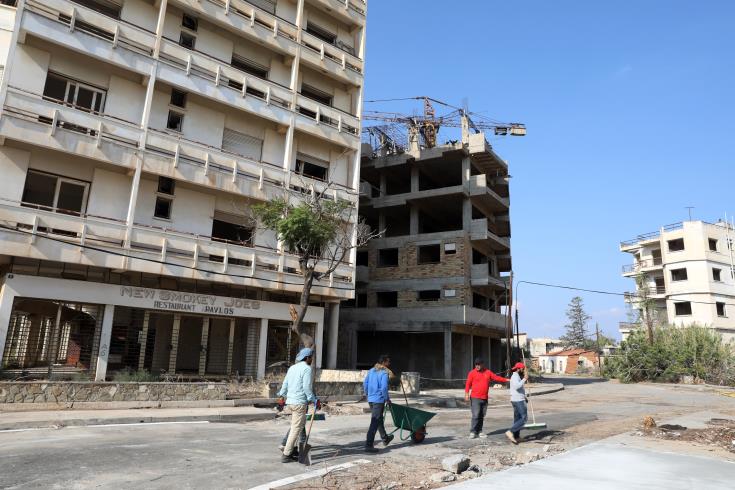 The United Nations have been following developments in the fenced-off town of Varosha with concern, the UN Secretary General’s Spokesman Stéphane Dujarric has said, noting that the UN position on Varosha remains unchanged and that the parties are called on to avoid unilateral actions.

Invited by CNA to comment on Turkish President Recep Tayyip Erdogan’s presence at a “picnic” in Varosha over the weekend and his statement on a solution of “two states” in Cyprus, Dujarric said “our position is unchanged.”

“We are obviously been following what’s been going during the weekend in Varosha very closely and with concern. Our position on Varosha remains unchanged and guided by the relevant Security Council Resolutions, as we have often said,” he pointed out.

Dujarric said “it is important and the Secretary General calls the parties to avoid any unilateral actions that could trigger tensions on the island and that potentially undermine the return to dialogue for the future success of talks.”

“We call again on the parties to engage in dialogue in order to resolve their differences. We believe it is important to resume a viable and comprehensive negotiation process. We remain committed to support the two sides in revitalizing the political process. And we reiterate our readiness to explore possibilities for convening an informal 5+ UN meeting at an appropriate stage,” Dujarric stressed.

Furthermore, he said that “ultimately the means for a durable solution in Cyprus is the hands of the parties.”

Cyprus has been divided since 1974, when Turkey invaded and occupied its northern third.

The Turkish side illegally opened on October 8 part of the beach of the abandoned town of Famagusta, in violation to numerous UN resolutions.

Larnaca: Four weather stations to speed up response to floods