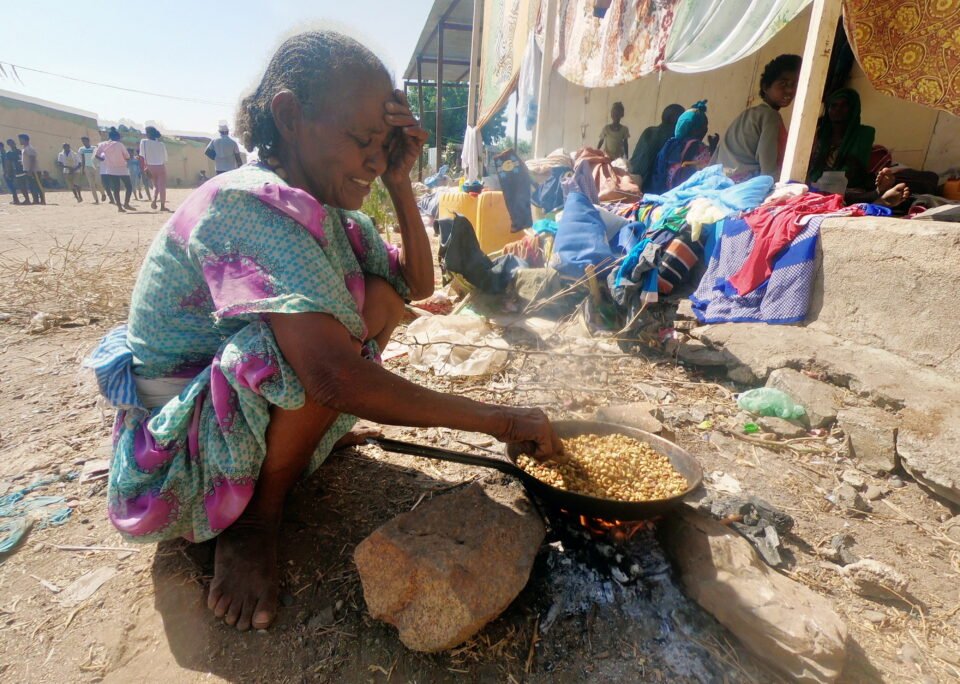 A “full-scale humanitarian crisis” is unfolding in Ethiopia, the United Nations refugee agency said on Tuesday, with more than 27,000 now having fled heavy fighting to Sudan.

The pace of the exodus, some 4,000 a day, may also indicate “massive displacement” within the Tigray region, U.N. agencies said, saying teams on the ground were overwhelmed.

Ethiopia‘s prime minister warned on Tuesday that a deadline for rebel northern forces to lay down arms had expired, paving the way for a final push on the Tigray region’s capital in a two-week conflict destabilising the Horn of Africa.

“UNHCR is warning that a full-scale humanitarian crisis is unfolding as thousands of refugees flee ongoing fighting in Ethiopia‘s Tigray region each day to seek safety in eastern Sudan,” Babar Baloch, spokesman of the U.N. High Commissioner for Refugees, told a Geneva news briefing. “UNHCR is on stand-by to provide assistance in Tigray when access and security allow”,” he added.

Jens Laerke, spokesman of the U.N. Office for the Coordination of Humanitarian Affairs (OCHA), told the briefing: “There may be massive displacement inside Tigray and that is of course a concern and we try to prepare the best way possible.”

Tigrayan leaders say Abiy, 44, who comes from the largest ethnic group the Oromo, has persecuted and purged them from government and security positions since taking office in 2018.

Tigrayan forces fired rockets into the neighbouring nation of Eritrea this weekend, widening a conflict which has already killed hundreds – one diplomatic source said thousands – of combatants and civilians, and sent 25,000 refugees into Sudan.

With communications mainly down and media barred, Reuters could not independently verify assertions made by any side.

There was no immediate response from Tigray’s leaders, though they have accused federal forces of knocking out a dam and a sugar factory as well as “mercilessly” attacking people in the region of more than 5 million.

“Heavier fighting is likely to start,” he said.

With hundreds of thousands of Tigrayans dependent on food aid even before the conflict, suffering is worsening fast even as humanitarian workers are scaling back for security reasons.

A convoy of four buses and several cars, carrying about 400 foreigners from Mekelle, was expected to arrive in the capital Addis Ababa on Wednesday, five diplomatic sources said.

Another convoy of about 200 people, mainly workers for international organisations, reached the capital on Monday.

The United Nations and governments around Europe and Africa are pressing for talks and even the Nobel committee expressed deep concern and called for peace in a rare comment on the actions of a past laureate.

But Abiy has resisted, saying he will only negotiate when rule of law is restored in Tigray.

On Monday, his foreign minister went to Uganda and Kenya, while a Nigerian former president flew to Addis Ababa. Diplomats described a growing push for negotiations, but Ethiopia said it was simply explaining an internal conflict to outsiders.

Ethiopia, Africa’s second-most populous country, has long been a diplomatic and economic heavyweight and Western ally in a region of conflict, poverty and Islamist militancy.

Abiy has appealed for refugees to come home as his government promises the war will end quickly, though experts fear a protracted conflict given considerable military muscle on both sides.

The fighting could jeopardise the recent opening up of Ethiopia‘s economy, stir ethnic bloodshed elsewhere around the vast nation of 115 million people, and tarnish the reputation of Abiy who won his Nobel for pursuing peace with Eritrea.

The federal forces comprise around 140,000 personnel and are battle-hardened from fighting Somali militants, rebels in border regions and Eritrea in the past. But many senior officers were Tigrayan, much powerful weaponry is there, and the TPLF has seized the powerful Northern Command’s headquarters in Mekelle.

The TPLF itself is a formidable rival also with a proud history: it spearheaded the rebel march to Addis Ababa that ousted a Marxist dictatorship in 1991 and bore the brunt of the 1998-2000 war with Eritrea that killed hundreds of thousands.