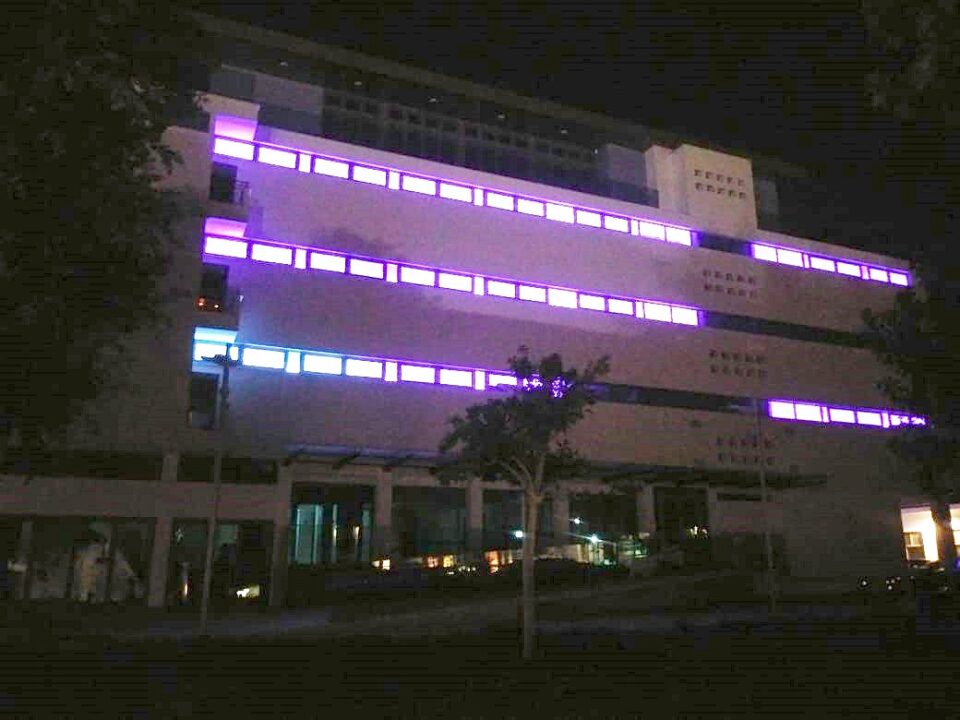 For the second consecutive year, Cyprus is organising purple light-ups to raise awareness for pancreatic cancer on the occasion of World Pancreatic Cancer Day marked annually on November 19.

As part of the #PurpleLightsCY campaign, the House of Representatives, the Cyprus museum, the Strovolos, Nicosia and Limassol municipalities and the ministry of foreign affairs will be lighting up their buildings in purple on Thursday.

“The state gallery for contemporary art has been lit up since the beginning of November for this purpose,” organiser of the campaign Nicoletta Epaminonda explained.

“Once again, I’ve organised the light-ups in memory of my father, Stavros Epaminondas, who passed away from the disease,” she told the Cyprus Mail. “The campaign is a way to remember loved ones who have been lost to this disease, to support people living with and after the disease, as well as to inform the public during November, pancreatic cancer awareness month.

According to Epaminonda, nearly 90 people are diagnosed with pancreatic cancer in Cyprus each year. Only 11.6 per cent of these individuals survive for more than five years.

“More emphasis, awareness and research are needed to help patients fight this disease and survive. The best progress begins with early diagnosis. The key to early diagnosis is knowledge of risk factors and symptoms, which are often unclear and, unfortunately, are frequently mistakenly attributed to other, less serious and more common diseases.”

Because, at present, there is no screening test for pancreatic cancer, anyone who presents one or more of the symptoms on a persistent basis should report them to their GP. Patients diagnosed at an early stage, when surgery is still an option, are more likely to live for five years or even longer.

Do you believe in ghosts?