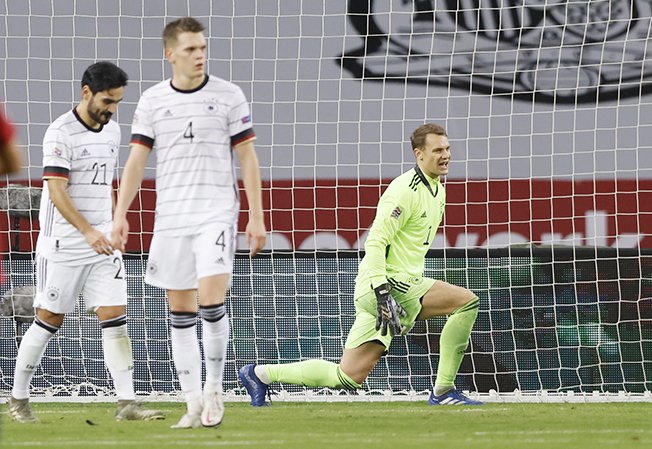 Germany coach Joachim Loew was at a loss to explain his side’s humiliating 6-0 loss to Spain in the UEFA Nations League on Tuesday which caused them to miss out on a place in the competition’s final four.

“I really don’t know what happened to the team,” Loew told reporters after Germany’s heaviest defeat in 89 years and their worst in competitive football.

“We had hardly any chances and we didn’t win a single individual battle out on the pitch.”

Germany have been on a downward path since crashing out in the group stage at the 2018 World Cup and have won only three of their last eight internationals.

They went into Tuesday’s decisive game top of League A4 after beating Ukraine 3-1 and a draw would have booked their place in the final four, but they fell three goals down by halftime and performed even worse in the second half.

“In the second half we tried to press them high up the pitch to score and get back into the game but Spain played far better than us, they were much faster and played with more precision,” Loew added.

“We said before the game that we trusted in the players in our squad and that we were on the right track, but today we saw that we are not progressing as well as we had thought after our last few games.”

Midfielder Serge Gnabry added: “Nothing worked for us tonight. We couldn’t control them, they deserved to beat us as they did.

“Spain did everything well and we did nothing right. We don’t know what level we’re at right now. It’s not normal to lose a match by so many goals.”