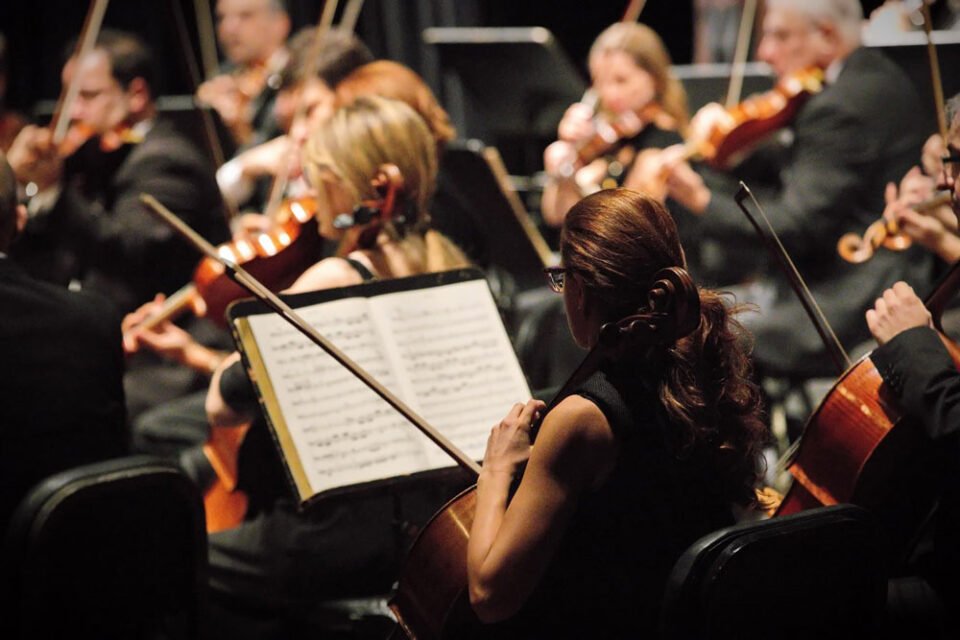 Even though operating at half capacity, theatres, outside Limassol and Paphos, are still hosting performances. With a still uncertain future ahead in terms of holding events and gatherings, cultural institutions are taking each week at a time, updating performances according to the latest regulations. Two concerts that are to go ahead as of now at Pallas Theatre in Nicosia are classical music sounds brought by the Cyprus Symphony Orchestra.

Their concerts have almost remained unchanged as the orchestra continued its autumn programme as planned, with of course some cancellations in performances in Paphos and Limassol. Other than that, CySO musicians have been determined to continue providing musical entertainment during a time when cultural life hit an almost dead end.

On November 27, the orchestra returns with a beloved series – Cyprus Sounds. “For each composer/creator,” they said, “the need for expression and ongoing creativity is a uniquely personal offering to the society and to art in general. The endless hours a composer devotes on working, thinking, reflecting over and persisting until a musical piece reaches completion, are worthy of acknowledgement and remuneration. This year has been, admittedly a difficult and peculiar one for all of us. Now, more than ever, we should keep creating music and presenting it wherever and however we can.”

“That is why, as art workers, the positive response of the Cyprus Symphony Orchestra for going ahead with this year’s ‘Cyprus Sounds’ concert in collaboration with the Centre of Cypriot Composers, is the best reward we could have received from the state, and constitutes a significant recognition of our work.”

Conductor Petros Stylianou will lead the orchestra in performing pieces by six Cypriot composers, starting at 8.30pm. Then, on Friday, December 4, it’s time for a Metamorphosis, as CySO’s next concert is called. Soloist on violin, the orchestra’s member Sorin Alexandrou Horlea will perform Mozart and Richard Strauss under the direction of conductor Dimitris Botinis.

Mozart’s Violin concerto No 4 has a youthful energy with moments of ravishing expressiveness and emotional depth, as the then 19-year-old composer’s artistic development reached a first maturity. Ιn Richard Strauss’ Metamorphosen the idea of transformation is purely philosophical. It is widely believed that Strauss intended the work as a lament for the transformation of a great German culture into the darkness governing the twelve years of Nazi rule.

Should the lockdown in Paphos be lifted by then, the orchestra is also planning on taking their Metamorphosis performance to Markideion Theatre on December 5. Until then, Pallas Theatre is where you can enjoy these musicians.

Packed agenda at Rialto this month