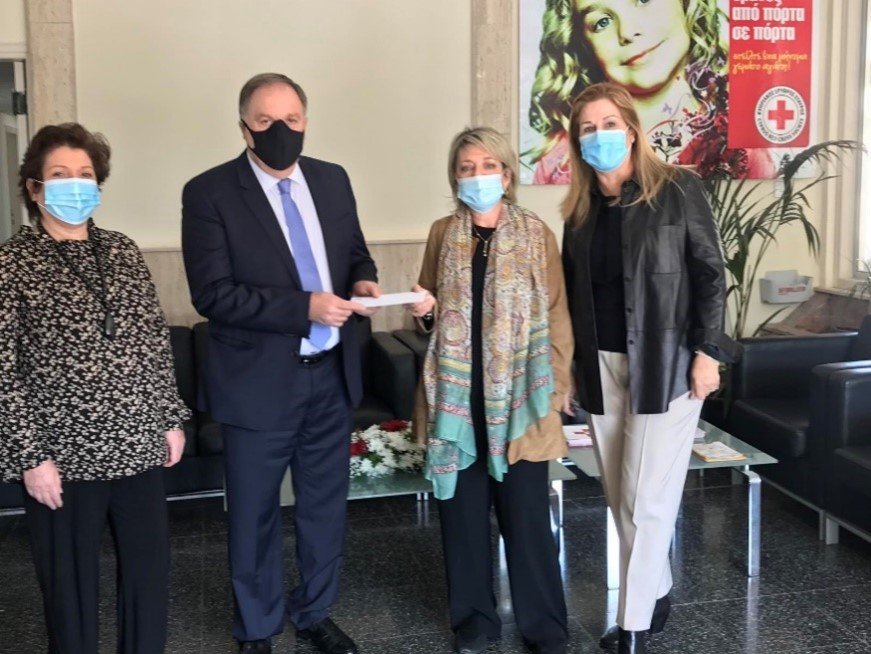 As part of its humanitarian mission, the Cyprus Red Cross Society (CRCS) has donated €20,000 in support of the Armenians of Artsakh.

The First Vice President of the CRCS, Leda Koursoumba presented the donation to the Representative of the Armenian Community in Cyprus, Bartkes Mahdessian.

Koursoumba expressed the solidarity of the CRCS with the suffering people of Armenia, emphasising, at the same time, the significant contribution of the Cypriot Armenians to the community in general and, in particular, to the CRCS, which they have been supporting through the years as volunteers or members of Branch Committees, as well as, with financial contributions.

Mahdessian expressed his gratitude to the Cyprus Red Cross Society for its generous donation.

Also present, on behalf of the CRCS were the President of the Nicosia Branch, Marina Demades, and the Director General of the CRCS, Christina Kaparti.