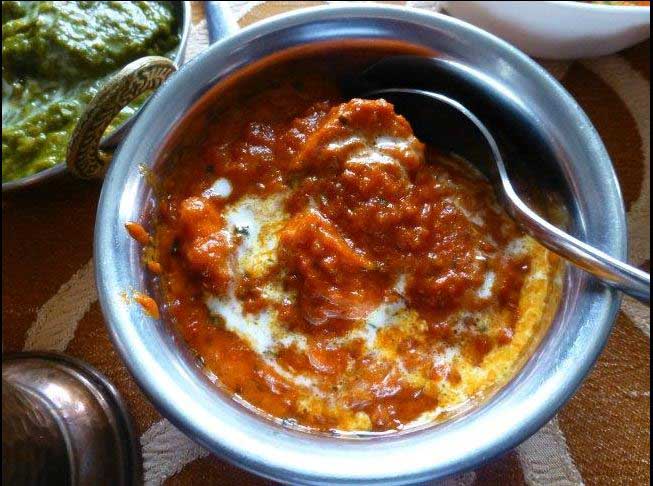 It’s a good thing to have diversity and a treat to experience cuisines from different cultures. The Balti house tandoori on Dhekelia road has been in operation for seven years and has become a popular choice for people wanting good Indian food. A major feat considering they are opposite one of the island’s most established Indian restaurants!

Approaching the restaurant, I wasn’t too impressed with the exterior. A bright purple sign with white writing. It looked a little tacky to me and didn’t show any sign of an authentic Indian experience. I started to wonder if I would regret coming here! I then noticed that there was an attempt to look like an Indian restaurant by having the windows in a frame resembling the outline of the Taj Mahal. 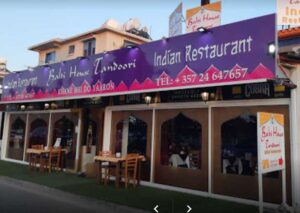 Walking in I spotted a statue of a mini elephant which made me smile. I also noticed the ‘Balti bar’ had a statue of Hindu God, Nataraja. All this, combined with the strong aromas of Indian spices coming from the kitchen started to make me feel more of an Indian vibe. Diva moment over, I was now ready to begin my Balti experience.

It took a while to get through the menu as it is 14 pages long and that doesn’t even include drinks! The main part of the menu is split up into chicken, lamb, vegetable and prawn dishes. Most of the dishes such as Jalfreji, Biryani, Korma to name but a few, are available with any of the aforementioned categories.

I decided to go for a dish I’ve never tried before, the Lamb Bhuna Gosht; lamb cooked with tomatoes, onions, root ginger, garlic and spices in a thick curry sauce! Unlike my partner, I am not really a fan of very spicy food. She immediately went for the hottest dish on the menu, Chicken Phaal, which the menu describes as ‘Mad Hot’. We went the whole hog and ordered garlic naan too! We had a little giggle as the menu actually lists it as Garlic Nan! We also ordered pulao rice, and it goes without saying Indian Kingfisher beer!

It wasn’t long before the friendly waiter came over with our ice cold beers. Perfect! Not too long after that, the food arrived. The heat of my dish, the flavours and texture were perfect; for me. My partner dared me to try hers and so I rose to the challenge. A second after the phaal hit my lips, my mouth was on fire! She loved it though, and was especially pleased as many dishes in Cyprus may claim to be spicy but are toned down for the market.

The garlic naan was absolutely covered with tiny pieces of garlic and so was full of flavour! Luckily, we only ordered the one rice as that, alongside the naan was enough for two people.

The waiter seemed very happy to see our clean plates. I liked this as it showed he actually cared about whether or not we had enjoyed our meal. Despite having had our fill, when asked if we wanted dessert, I thought it would be rude to not at least have a look at the menu. Sadly, it was not very inspiring. Two types of ice cream and apple pie served with ice cream. The one other option was Gulab Jamin; deep fried dumplings soaked in a warm rose flavoured syrup. It sounded a little like a little variation of loukoumades so I passed on dessert which, to be fair, was probably for the best.

While it is not a cheap evening out, it is a little cheaper than their main competitor. For an enjoyable Indian meal, I would highly recommend Balti Tandoori House. But next time I go I won’t ‘phaal’ into the trap of trying my partner’s food!