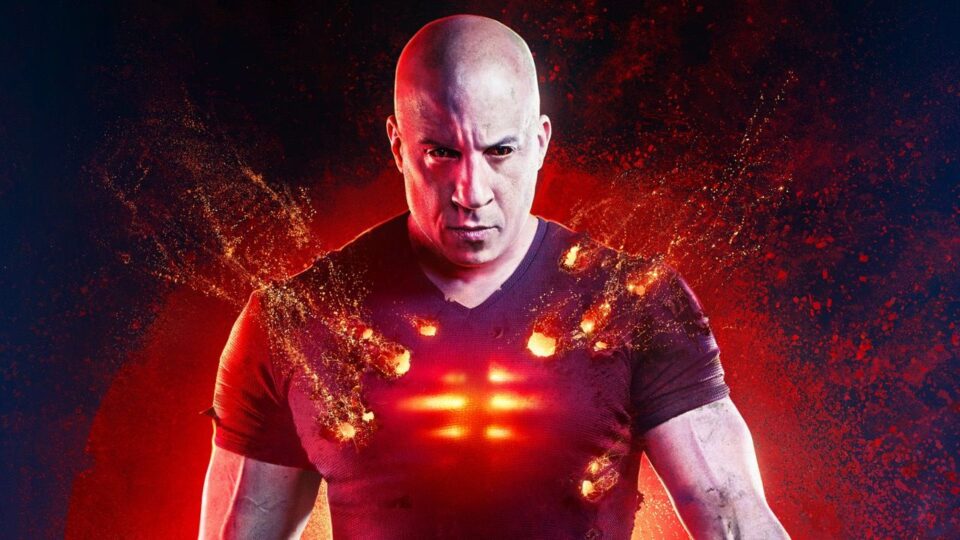 As far as brainless action movies go, David Wilson’s Bloodshot raises the bar. Part Call of Duty cinematic, part bodybuilding infomercial, this is a video game posing as film that’s overdosing on a cocktail of steroids and speed. The only way you can truly enjoy it is to turn off any parts of your brain that are stimulated by stuff like logic, common sense and narrative cohesion. Do that, and you’ll be in for a pretty entertaining ride. That is, of course, if you can also tune out that mumbling force of natural disaster that is Vin Diesel’s acting. That was the toughest part for me.

Not sure there’s a point in going over the plot – because let’s face it, no one will be watching this movie for its story – but here goes. Ray Garrison (Diesel) is a badass soldier who won’t quit till the job is done; he rescues his buddies from war criminals using tricks that said war criminals are too dumb to figure out, only to always come back home to his beautiful wife Gina (Talulah Riley) with new scars but the same old stories. Then, one fateful morning, Ray gets kidnapped by Martin Axe (Toby Kebbell), a psycho killer who loves dancing to Talking Heads’ Psycho Killer. Axe demands answers from Ray about his last mission in Mombasa. When he doesn’t get them, he first kills Gina in front of Ray, and follows through by killing Ray himself.

Flashforward and Ray is brought back to life by advanced nanorobotic technology, developed by Dr Emil Harting (Guy Pearce). This charismatic doctor has dabbled with robotics all his life, after he himself had his arm replaced by a mechanical one when he was 15 years old. His posse of damaged-warriors-turned-superhero-experiments include ex-swimming champion KT (Eiza Gonzalez), and ex-soldiers Tibbs (Alex Hernandex) and Jimmy Dalton (Sam Heughan) – all of whom have some kind of mechanical component to them. Ray – codenamed Bloodshot – is Harting’s latest experiment. A human turned super with awesome strength and the ability to heal, Wolverine-style.

Ray is given a second chance at life. More importantly, a chance to avenge the death of his wife after he figures out how to hack into Harting’s servers and locate Martin Axe. When he finally gets to Axe, there’s a reset – and for the next 10 or so minutes, the plot twists in a genuinely engaging way with something pretty unexpected. It’s a short 10 minutes though.

Beneath all the rubble that’s left from the explosions, punches, CGI, Very Loud Sound Effects and Vin Diesel’s muscles there are fragments of an engaging story in Bloodshot. The aforementioned plot twist will light up that part of the brain you switched off right at the start, but once we learn how nonsensical the underlying reasons are, it’s exposed as the gimmick it was all along and we’re back to munching popcorn and going “woah, cool!” every so often.

I get the sense that director David Wilson, whose background in visual effects helps put things into perspective, wanted exactly that: to make a “cool action movie”. Ray’s badass background is cool, Harting’s mechanical arm looks cool, KT should be a supermodel but she’s somehow part of this ragtag crew of misfits and that makes her cool, the millions of nanites (little robots) that give Ray his superpowers look super cool, and the action set pieces (especially the tunnel and elevator shaft scenes) are beyond cool. It’s overcooled to the point of overkill and the writer’s room for Bloodshot probably looks like an 18-year-old’s living room after an epic frat party from the night before, because there’s clearly no adult supervision to keep some order. But that’s not necessarily a bad thing.

It’s Vin Diesel’s cringe-worthy acting that’s the bad thing and makes this that much of a harder watch. To borrow a line from Modern Family’s Cameron Tucker: “Vin Diesel’s a movie star. Anything’s possible with editing.” The rest of the ensemble is handicapped by the horrendous dialogue, but at least Guy Pearce is here to add a dash of class to the whole affair. Tech geeks Eric (Siddharth Dhananjay) and Wiggins (Lamorne Morris) provide some chuckles as comic relief, but with Diesel headlining the show you’ll probably be laughing for all the wrong reasons.

Let’s end this on a positive though and give credit where credit’s due. Bloodshot provides everything that’s required to those looking for an escape into an entertaining action flick. Jacques Jouffret’s cinematography is the silver lining cutting through the dark clouds created by the frantic editing and abysmal storyline, and as far as adrenaline rushes go, the bar may not be raised but the job gets done.

Packed agenda at Rialto this month