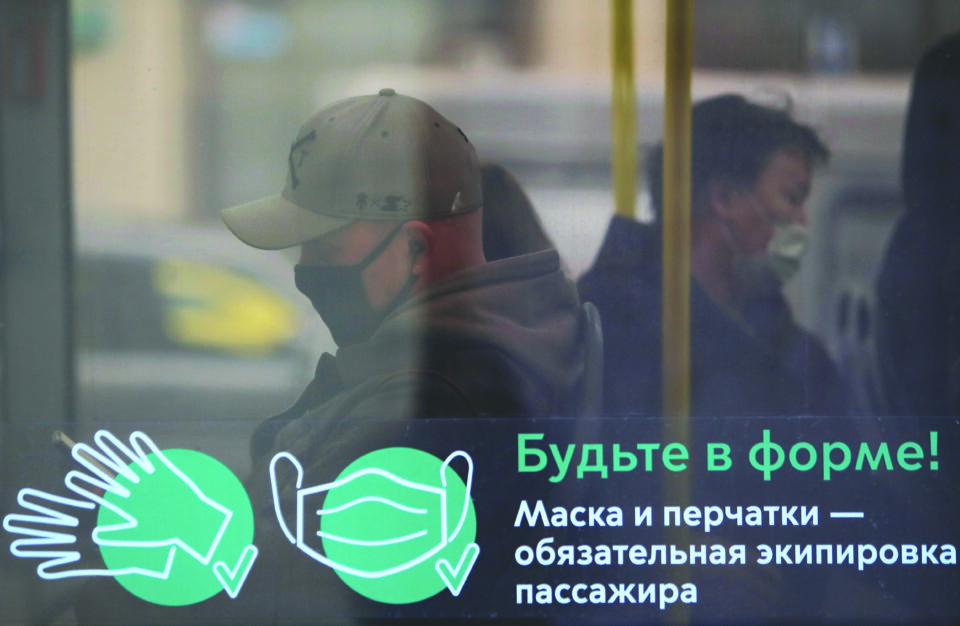 A commuter in the Russian city of St. Petersburg was found stabbed to death after an altercation on a bus with two passengers who refused to wear anti-COVID medical masks, the Interfax news agency reported on Friday, citing police.

Surveillance footage from the shuttle bus, published by the Fontanka.ru news website, showed the alleged victim confront a man and a woman sitting in front of him about the fact they were not wearing masks.

His comments prompted the seated man to abruptly stand up and shout at the victim. The alleged victim then punched the man without a mask before running off. Footage showed the maskless man running after him in the street.

The body of the victim, identified by Interfax as a 53-year-old man from the outskirts of St. Petersburg, was found with a stab wound in his back on Tuesday night, the news agency reported. Two suspects were detained the next day.

Commuters in St. Petersburg and many other Russian cities are obliged to wear a medical mask and gloves on public transport. In practice, these rules are not always strictly enforced.