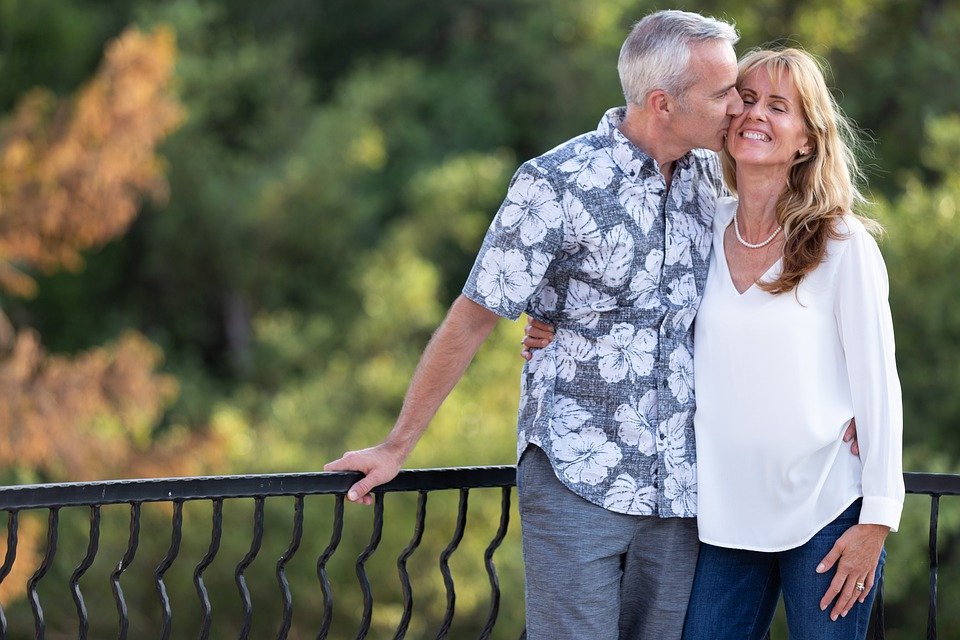 “I signed up to an online dating app,” admits Limassol-based Louise Rance. “The first person I really connected with was an American army officer based in Yemen. Yeah, it’s a long way from Limassol, but when you’re over the age of 40, the pickings are much slimmer than they were in your twenties. And he was so romantic and poetic; the spark was amazing.”

But just a few days in, the red flags began to appear. “His grammar wasn’t great, but I put that down to the American education system,” says Louise. “But then I started to notice other things. He didn’t seem to understand the terms ‘Democrat’ or ‘Republican’. Well that seemed impossible,” Louise acknowledges. “So I reverse searched his photo on Google and discovered there were countless people posing as army officers or doctors in Yemen, and it was all a money-making scam!”

On the advice of another over-40 single friend, Louise switched to a more local online dating app. “And almost immediately, I connected with a lovely man in Paphos – just the right age, and we had loads in common! I couldn’t believe my luck; we were texting and chatting like old friends, there was lots of great banter and he seemed absolutely lovely. So we decided to meet in person….”

Hair done, outfit chosen, hopes high, Louise was all set to drive to Curium for their first encounter, when her beau-to-be sent her one last message. ‘I think I should just let you know that I’m married,’ he texted. ‘But we should definitely meet’.

“Well I blocked him immediately; never spoke to him again,” says Louise. “And that was the end of that! But it was the beginning of Love Island…”

Aimed at the over 40s, Love Island is a site with a difference, billed as ‘A dating site for the over 40s with a twist: get noticed for who you are, not just how you look!’

“It’s not just me,” says Louise. “Loads of my friends, both male and female, are struggling to find love – or even a date – on the more conventional internet sites. Everything is stacked against you,” she continues. “First, you’ve got corona, which makes meeting in person a real trial. I mean I split up from my long-term partner just as lockdown kicked in, so meeting someone immediately became ten times harder! Then, there’s age – by this age, a lot of us already have families we need to prioritise, and we’re not left with much time to swan around dating everyone who comes our way. And also, we’re often out of practice at dating, and at the mercy of online scams.”

What sets Love Island apart is its personal attention. “Couples are matched,” says Louise, “not just through location and age, but through their interests and character, and everything is personally checked. There’s no faceless computer here, no soulless algorithm – instead, it’s a small team of real-life individuals who have huge amounts of experience working with people: they know what makes you tick, what makes you spark, and what will work.”

As a hopeless romantic herself – “now with added experience thanks to my previous encounters with online dating sites!” – Louise is confident that Love Island will bring the right couple together. And, having been through the dating mill herself, she’s determined that the site should work on “personality, not looks”.

“Looks may fade, but personality is forever. In our twenties, most of us tended to go for looks. But then you grow up a bit, and you realise it’s what’s inside that counts – how someone acts and reacts, and how they treat others. And at this age, you’re looking for someone to share your life with, someone with whom you can settle down and grow old. In short, someone who accepts you for who you are, who loves all those quirks you’ve developed over the years!”

A detailed questionnaire helps highlight those quirks, along with interests, hobbies, and personality traits, before real-life match-makers get to work on finding you the partner of your dreams. “Which means,” says Louise, “you’re not getting a computer mucking around with keywords and matching you with some superficial playboy or party girl who’s only interested in one thing! Instead, you’ll get at least three matches per month; matches which have been personally hand-picked just for you!”

At the moment, Love Island is based solely in Cyprus, but there are plans to expand as time goes by. “Our user base is building nicely – I was surprised by how many people out there are looking for love,” says Louise. “We’ve already seen a lot of interest – mostly from expats, but as time goes by we’re noticing quite a few locals signing up too. In fact, we’re running a promotion for the whole of next month,” she adds. “A new year is on its way; why not make a new start? We’re waiving the monthly 12-euro subscription fee for the first 30 people to sign up in December!

“Who knows,” she concludes. “Your ideal match could be just down the road from you. Finding your soulmate does get a little harder after the age of 40, but at the end of the day, everyone – no matter their background – just wants to love and be loved. Why put that in the hands of a keyword algorithm when you could rely on experts – real people, just like you – to help you find lasting love?”

For more information, visit http://loveisland-cy.com/ or the Facebook page ‘The Love Island CY’