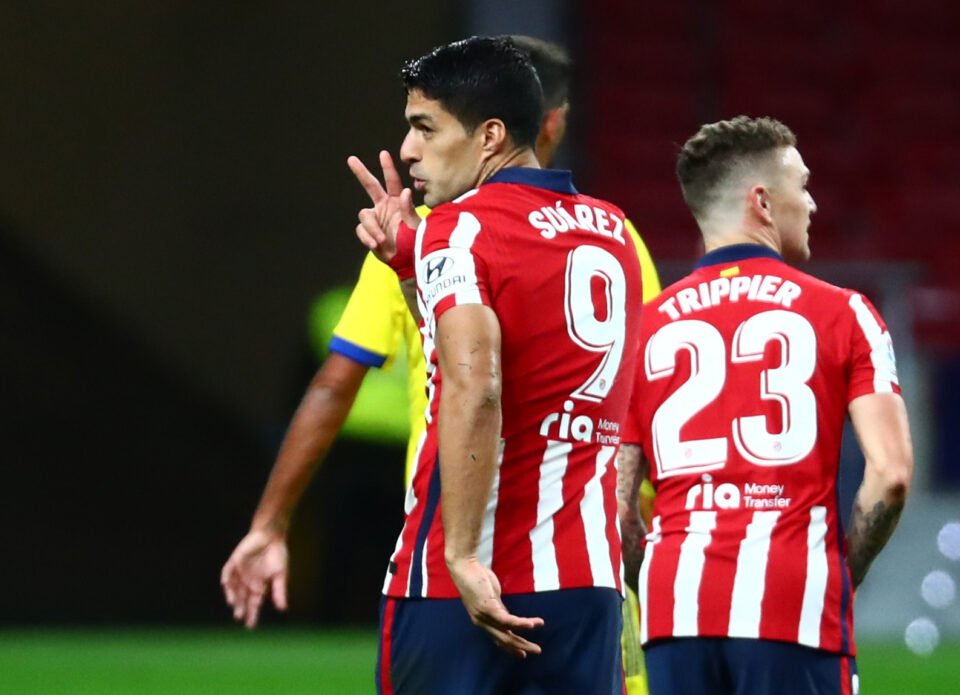 Atletico Madrid‘s philosophical coach Diego Simeone refused to be drawn on the debate surrounding the recent international break, despite the Liga club’s Uruguay forward Luis Suarez testing positive for COVID-19 while away.

Simeone, however, said it was not his place to comment and that these things can happen to anyone in all walks of life.

“Getting into all the protocols would be taking a position where it’s not my place to do that,” he said on Friday.

“We’re part of society and obviously we’re in a situation where this (a positive COVID-19 test) could happen to anyone,” Simeone told a news conference.

“We’ll have to do what the other players do, wait the time out until Luis (Suarez) and Lucas (Torreira) can get back with us as soon as possible. Right now in the world this could happen to anyone and we need to resolve that.”

Third-placed Atleti go into the meeting six points ahead of Barcelona, who have endured an up-and-down start to the season, and remain the only unbeaten side left in La Liga this term.

The match is also an opportunity for Simeone to score a first managerial league victory over the Catalans in nine years.

“Every game is an opportunity and this is no different,” he said. “We’ll try and take the game to where we think we can do them the most harm. We’re up against a side with hierarchy, a squad that’s being refreshed, with some really talented youngsters and more experienced heads.

“It’ll be hard, difficult and complex – as it always is against them.”

Suarez and Torreira are joined by Hector Herrera, Sime Vrsjalko and Manu Sanchez on the treatment table, but there was better news for Simeone as forwards Diego Costa and Yannick Carrasco were passed fit.

“Costa’s got a chance of starting; he’s returned to the group in the last three sessions and he’s ready to play,” said the Atletico coach.

“Like many of the other lads, he (Carrasco) is in good form. He was two or three weeks out, but has been with the group all week.

“He’s also shown that he’s ready to play. There’s good competition for places between Saul Niguez, Thomas Lemar and him.”

James May: I’m against eating in my own car