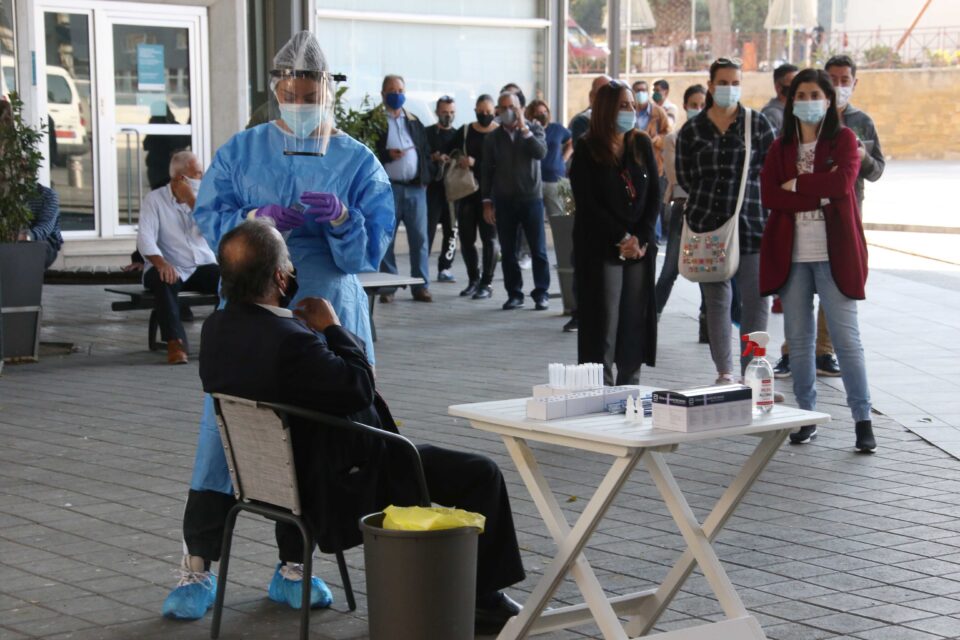 As Cyprus sets new records for the number of novel coronavirus tests being carried out, with a combined total of around 12,000 every day, experts are hopeful that the new strategy could help avoid further lockdowns.

A key aim of mass testing, while also targeting specific sectors, is that it could help detect early cases before there is a major spillover and outbreak into the wider community.

As part of ramping up testing, mainly with rapid tests, there is to be a special emphasis on care homes, schools, army camps, hospitals and other key areas of vulnerability or transmission.

The health ministry recently purchased 200,000 antigen rapid tests but there is a trade-off between speed and simplicity versus accuracy, with serious implications for false positives – as people may wrongly be told to self-isolate.

Any positive test identified via rapid tests have to be later confirmed via PCR tests, which health ministry spokeswoman Margarita Kyriacou confirmed to the Sunday Mail will also be free of charge.

Both PCR and rapid tests have their flaws, though.

Current PCR tests are so sensitive that they can find the virus and give positive results long after a person has recovered and is no longer infectious.

Rapid tests have the opposite problem: they require very high levels of the virus in order to indicate a positive result.

Over the past month and a half there have been calls from Giorgos Panos, who is a specialist in internal medicine and infectious diseases at the University of Cyprus, to test the entire Cypriot population – which has been met with scepticism.

While for practical and logistical reasons it appears that his preferred plan is unlikely, it also seems that the health ministry is moving further towards his strategy, albeit gradually.

Panos has referenced Slovakia and Madrid as successful case studies for mass-testing programmes.

Along with strict curbs, Slovakia’s government has sought to control the pandemic using mass testing, which officials have called a success.

“We want it [testing] as an intervention tool, I think we’re progressing in the right direction.”

He also said that cases may be simmering under the surface but without carrying out tests there could be clusters forming which go unnoticed until they reach vulnerable groups.

With 10,098 combined tests on Wednesday, 12,363 on Thursday and 12,077 on Friday, the government has significantly stepped up its efforts to get a deeper understanding of the epidemiological picture.

What it does with the torrent of new data remains to be seen. Whether it ultimately proves effective will depend on meaningful follow-up interventions.

More than 200 abused women and children in shelters this year