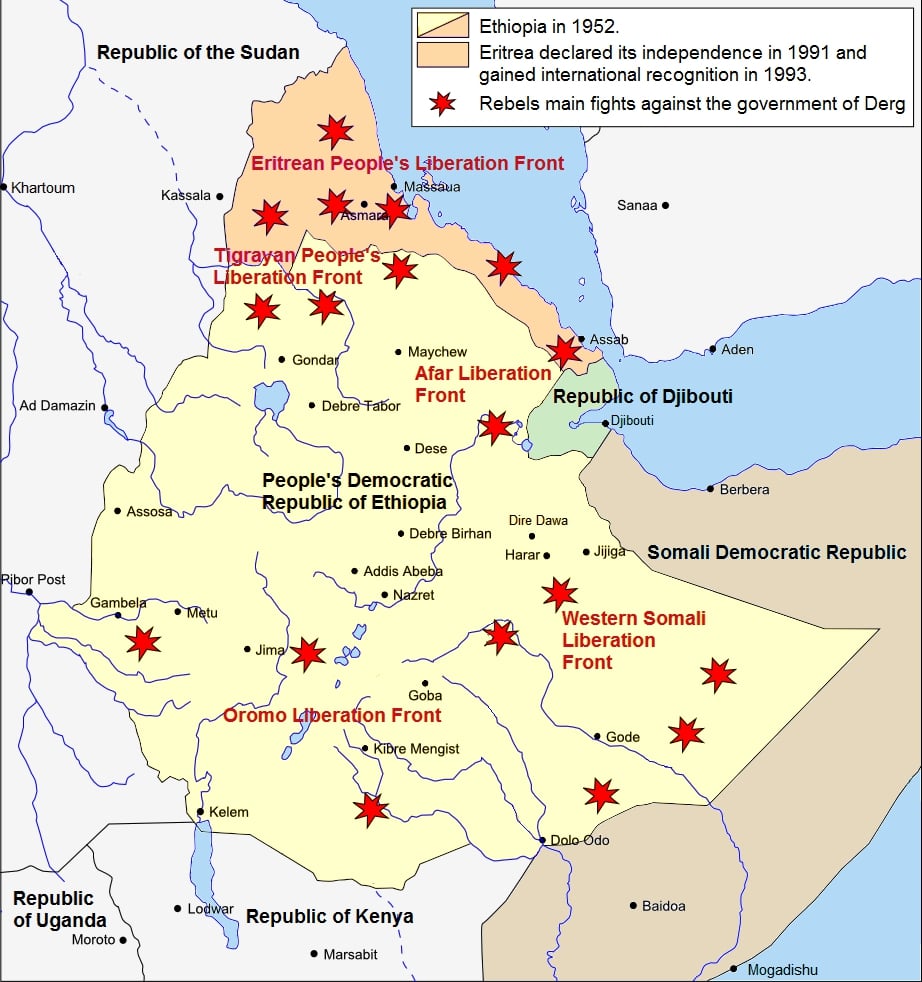 The civil war raging in Ethiopia is essentially a battle for control of the economy, according to regional experts.

The move by federal government forces loyal to Prime Minister Abiy Ahmed into the semi-autonomous northern Tigray region, is to quash an attempt by an opposing political force with opposing economic interests. The Tigray People’s Liberation Front (TPLF) wants to keep its share of the economic pie, having led a coalition which ruled Ethiopia for almost three decades prior to Abiy taking office in 2018.

The TPLF still controls a massive conglomerate, the Endowment Fund for the Rehabilitation of Tigray (EFFORT), by far the largest conglomerate in the country with a group of businesses which are involved in major industrial activities in Ethiopia, such as banking and insurance, import and export, media and communication, construction, agribusiness, and mining, among others.

Abiy, whose faction took power from the TPLF, has been driving an economic reform effort to industrialise the Ethiopian economy, and this conflicts directly with TPLFs interests. In particular, his move to privatise the state-owned Ethio Telecom, the Ethiopian Sugar Corporation, and companies in the energy sector with assets of over $7 billion goes directly against the interests of EFFORT.

“This is not a conflict over who gets to rule Tigray, a small region whose population accounts for a mere 6 per cent of Ethiopia’s more than 110 million people. It is a fight over who gets to dominate the commanding heights of the country’s economy, a prize that Tigray’s regional leaders once held and are determined to recapture at any cost,” explains political analyst Kassahun Melesse in Foreign Policy.

Africa’s second-most populous nation has been one of the fastest-growing economies in the region. The pandemic has slashed growth, but not into contraction, as the IMF forecasts a drop to 1.9 per cent for this year from 6.1 per cent in 2019.

Much of this growth has been funded by foreign investors. “In recent years, Ethiopia received, on average, about $3.5 billion per year in foreign aid alone, which accounted for about half of the country’s national budget in recent years.. The TPLF-led government also took significant amounts of loans from private creditors and governments, mainly from China, which had reached 60 per cent of the country’s GDP when Abiy came to power,” Melesse notes.

But Abiy, who won the Nobel Peace Prize in 2019 for his work in ending his country’s conflict with Eritrea, is facing growing domestic and international criticism by the international investors who have driven Ethiopian growth.

“The conflict risks to put an end to this support, as well as to Abiy’s efforts to attract foreign investment to drive his Homegrown Economic Reform agenda which aims to transform Ethiopia from an agrarian to an industrialized economy by 2030,” notes Africa Analyst Ed Hobey-Hamsher of Verisk Maplecroft.

Abiy has hinted that he would accept a cease fire, but in fact, he has resisted  ceasefire calls from the UN and various international powers. This has raised concern that the conflict could spread to neighbouring Eritrea, but for now there is little sign of such expansion.

Nonetheless, the conflict may prove long and damaging to the Ethiopian economy. “At this stage the prospect of a negotiated settlement or ceasefire does not appear promising, and the reported atrocities being committed in Tigray will only intensify the conflict – so will moves by the federal government to establish a parallel government for Tigray to replace the current TPLF-led administration,” said Louw Nel, political analyst at NKC African Economics.

Man City to put Tottenham’s new belief to the test