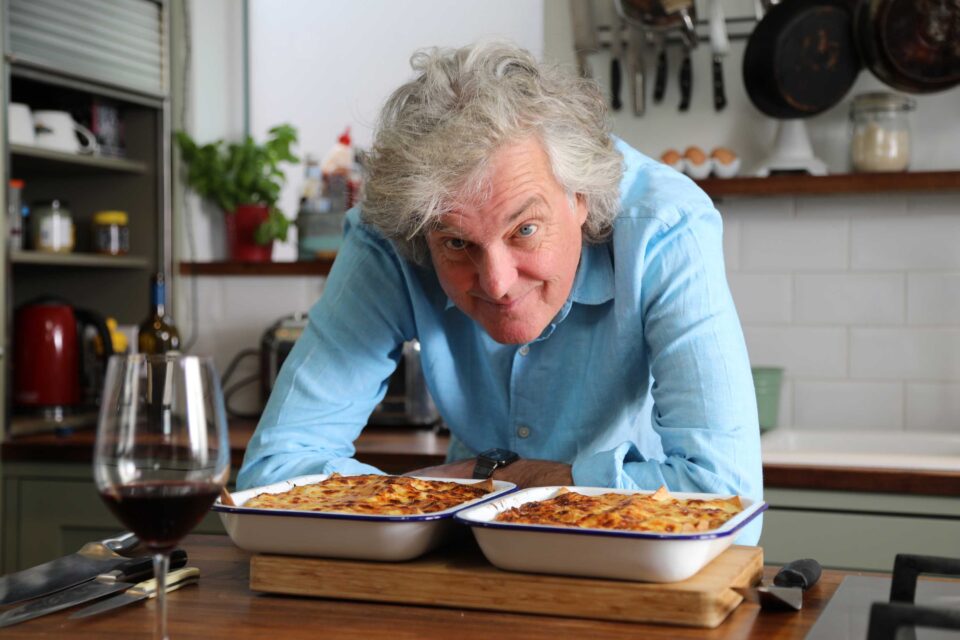 James May is not on a mission to become a celebrity chef, regardless of the fact he has – against type, and against the odds – written a cookbook, and nabbed an Amazon Prime cookery show to go with it.

He has however, “become very sympathetic to them” as a telly species. “I used to occasionally watch a cooking programme and think, ‘Oh Gordon, stop being such a big diva, standing around swearing’. But now I’ve had a go at doing it, I realised what the problem is,” says May, 57.

That problem, he continues, is everyone on set sticking their oar in. “Everybody has a view on cooking because most people do it,” he says.

“Every time we do something, somebody in the eight or 10 assembled people in the room pipes up with, ‘Have you thought about doing it like that? Well why don’t you do it like this?’ I just think, ‘Well, why don’t you just shut the f*** up?’”

Admittedly, watching the series back, he says he comes across “quite bad tempered, which I never am normally. I’m slightly ashamed of it,” he adds, “but that’s what happens when you try and cook on TV.”

Had there not been a lockdown though, the book probably wouldn’t exist at all. “I’m very good at putting off writing, because I find it quite painful,” says May ruefully. And like the rest of us, he also ended up doing far too much home cooking.

For a man who, in normal times, spends a lot of time on the road, he would, you’d assume, be a car snack aficionado – but no. “I’m against eating in my own car because I hate crap in the car, and I hate greasy fingerprints – I go a bit nuts about it,” says May. Although when filming and not in lockdown, he’s all about packets of nuts and fruit, cereal energy bars and the odd packet of Liquorice Allsorts. “On our Grand Tour film shoots, we can be in the car for eight hours a day, or sometimes more, and yes we snack a lot,” he explains. “TV does encourage the eating of crap unfortunately; our diets are very poor.”

Meanwhile, add the oil to a large frying pan and fry the cutlets on both sides to brown them off a bit. Remove with a slotted spoon and set aside.

Soften the onions in the same pan, but not too much – four to five minutes should be enough. Don’t let them brown.

Take the hot casserole from the oven and chuck the lamb and onions into it. Stir in a couple of teaspoons of flour if you want a thicker sauce, and add the stock. Add the thyme leaves and a bit o’ seasoning. Cook for around 30 minutes.

Remove the casserole from the oven. Stir in the sliced carrots. Now layer the sliced potatoes over the top, so that they overlap attractively and cover the whole area.

Put the lid back on and stick it back in the oven for an hour.

Take it back out of the oven. Turn the oven up to 230C. Dot the butter over the top of the potato layer, then put it back in the oven, without the lid on, for another 30 minutes, or until the potatoes are crisp and golden.

Preheat the oven to 200C. Butter a large sheet of baking parchment and set aside.

Stir the flour, suet, sugar and salt in a large bowl until fully combined. Slowly stir in the milk or water to form a soft, spongey dough.

Spread the jam onto the dough, leaving a 1.5cm border around the edge. Slightly dampen the border with water. Gently roll the dough up from the short end and transfer to the baking parchment, seam-side down. Wrap the roly poly in the baking parchment, making a long pleat in the paper to allow the pudding to expand as it cooks. Twist the ends of the parchment like a Christmas cracker and tie tightly with kitchen string, to seal the pudding inside. Repeat the wrapping process with a large piece of kitchen foil.

Remove the pudding from the oven, unwrap the kitchen foil, then snip the string and unwrap the parchment.

The pudding should be well risen and lightly browned in places. Don’t worry if the jam has made its way through to the outside of the pudding and ends up on your face.

Place on a warmed serving plate and cut into thick slices. Serve with lots of custard.

Oh Cook! 60 Easy Recipes That Any Idiot Can Make by James May is available now