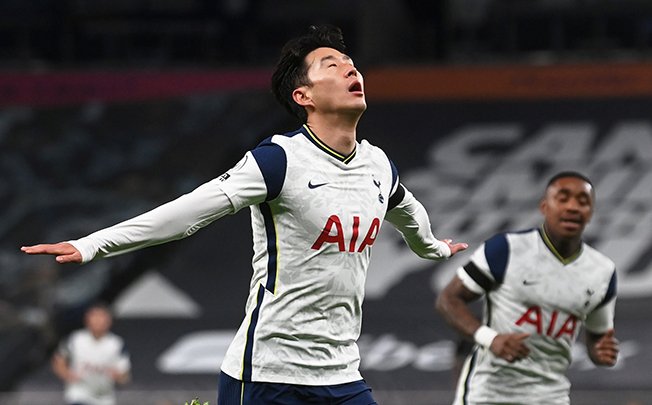 Goals in each half from Son Heung-min and substitute Giovani lo Celso, secured the three points and a fourth straight league win for Spurs, who are two points ahead of second-placed Chelsea.

Mourinho’s men grabbed the lead in the fifth minute when Son got round the back of City’s defence to latch on to a perfect, lofted pass over the top from Tanguy Ndombele and slip the ball through the legs of the advancing Ederson for the South Korean’s ninth league goal of the season.

Harry Kane had the ball in the net in the 13th minute, slotting home from Son at the end of a sweeping move but the effort was disallowed for offside.

City were frustrated when Aymeric Laporte drove home after being set up by Gabriel Jesus but referee Mike Dean, after reviewing the pitch-side monitor, ruled the Brazilian had handled.

The visitors enjoyed the bulk of possession without threatening the goal too often while a well-organised Spurs kept compact and looked to strike on the break.

That proved to be a wise tactic when Lo Celso, just 35 seconds after being introduced from the bench, was found by Kane and kept his cool to slip past Ederson, who again had rushed out of his goal.

Spurs keeper Hugo Lloris did well in the final minute to keep out a header from Ruben Dias as City were left to reflect n a result that left them adrift in 10th place, eight points behind Tottenham.

The victory was the first time Mourinho has enjoyed back-to-back wins over his old rival Guardiola but he was quick to play down talk of his team being title contenders, noting they would lose top place if Leicester City win at Liverpool on Sunday.

“It feels good (to be top), but maybe tomorrow we are second again and honestly that would not be a problem for me, I am just happy with the evolution,” Mourinho said.

“They are top of the league so they are more title contenders than anyone else right now. There are a lot of teams in front of us,” he said.

“I think we are not far, far away (from our best) but we struggle to score goals right now. Ten goals in nine games is not good enough,” the Spaniard added.

A twice-taken penalty from Bruno Fernandes gave an unimpressive Manchester United a 1-0 win over West Bromwich Albion on Saturday, their first home victory of the Premier League season.

Fernandes’s first effort was saved by West Brom keeper Sam Johnstone but referee David Coote ordered the kick be re-taken after ruling the keeper had come off his line. The Portuguese midfielder made no mistake with the second attempt.

Winless West Brom’s frustration was doubled by the fact that the penalty, awarded for a handball by Darnell Furlong, came eight minutes after they had a penalty award overturned after review.

Coote pointed to the spot after he ruled Fernandes made shin-to-shin contact with Conor Gallagher in the box but the referee reversed his decision after being sent to the pitchside monitor.

Substitute Callum Robinson went close to an equaliser for West Brom in the 65th minute with a superb curling shot that struck the bar.

United, who had struggled to break down Slaven Bilic’s side until their goal, had chances to extend their lead but the outstanding Johnstone produced a series of good saves.

First visit but we’re not impressed