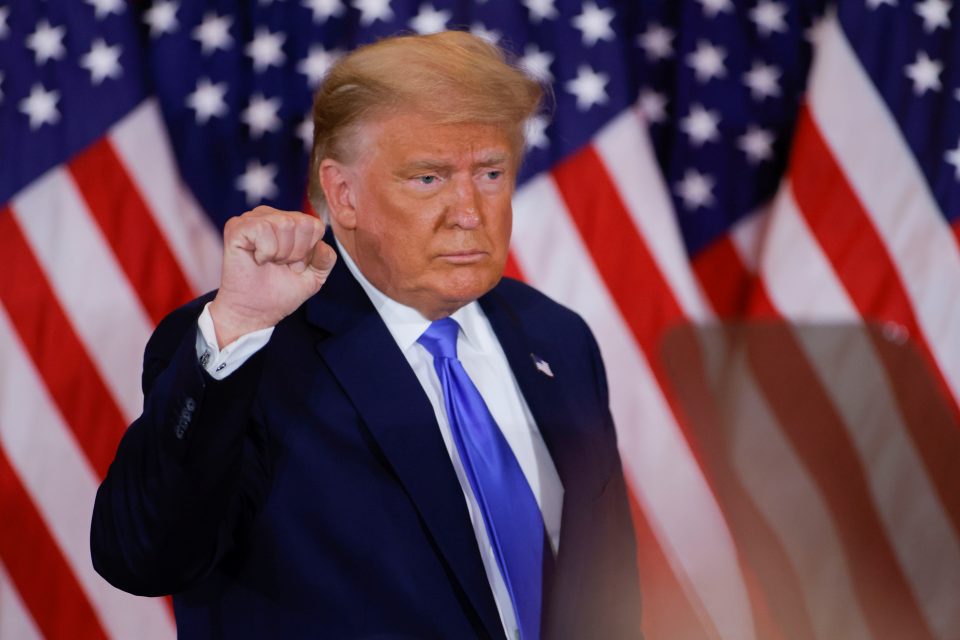 After a scathing court setback in Pennsylvania, President Donald Trump faces increased pressure from his fellow Republicans to drop his effort to overturn the U.S. presidential election and concede to Democrat Joe Biden.

Since Biden was declared the projected winner by the media two weeks ago, before full state certifications, Trump has launched a barrage of lawsuits and mounted a pressure campaign to prevent states from certifying their vote totals.

So far, attempts to thwart certification have failed in courts in Georgia, Michigan and Arizona.

For Trump to have any hope of remaining in the White House, he needs to eliminate Biden’s 81,000-vote lead in Pennsylvania. The state is due to begin certifying its results on Monday.

Trump’s lawyers vowed a quick appeal, but lawyers who opposed him in court say he is out of time.

“This should put the nail in the coffin on any further attempts by President Trump to use the federal courts to rewrite the outcome of the 2020 election,” said Kristen Clarke, president of the Lawyers’ Committee for Civil Rights Under Law.

Some of Trump’s fellow Republicans in Congress are now breaking ranks.

Republican Senator Pat Toomey said the ruling closed off any chance for a legal victory in Pennsylvania and called on Trump to concede the election.

Liz Cheney, a member of the Republican leadership team in the House of Representatives, earlier called on Trump to respect “the sanctity of our electoral process” if he does not succeed in court.

Biden got 6 million more votes than Trump in the Nov. 3 election, and also prevailed 306-232 in the state-by-state Electoral College system that determines who will take the oath of office on Jan. 20.

He has spent the past several weeks preparing to take office, though Trump’s administration has refused to provide funding and security clearances to do so.

Critics say Trump’s refusal to concede have serious implications for national security and the fight against the coronavirus, which has killed nearly 255,000 Americans.

In order to remain in office, Trump would somehow need to overturn election results in at least three large states – an unprecedented feat in U.S. history.

A recount in Georgia only affirmed Biden’s win there, and officials certified the result on Friday. Trump’s campaign said late Saturday it would request another recount.

In Wisconsin, election officials have criticized Trump volunteers for slowing a partial recount that is not expected to overturn Biden’s victory.

With recounts and lawsuits coming up short, Trump is now pressuring Republican-led state legislatures to throw out the vote totals and declare him the winner.

“Hopefully the Courts and/or Legislatures will have … the COURAGE to do what has to be done to maintain the integrity of our Elections and the United States of America itself,” he wrote on Twitter after the Pennsylvania ruling.

On Friday, he summoned two top Republicans in Michigan’s legislature to the White House. After the meeting, they said they saw no evidence that would lead them to intervene. Biden is leading Trump in Michigan by 154,000 votes.

Election officials across the country say there is no evidence of ‘significant’ voting fraud, and Trump’s own administration has called the election the “most secure in American history.”

But Trump’s accusations have continued to inflame his hard-core Republican base. Half of Republicans believe the election was stolen from Trump, according to Reuters/Ipsos polling, and supporters have staged rallies across the country to protest the outcome.

Lebanon central bank to be audited despite ‘interest-driven roadblocks’