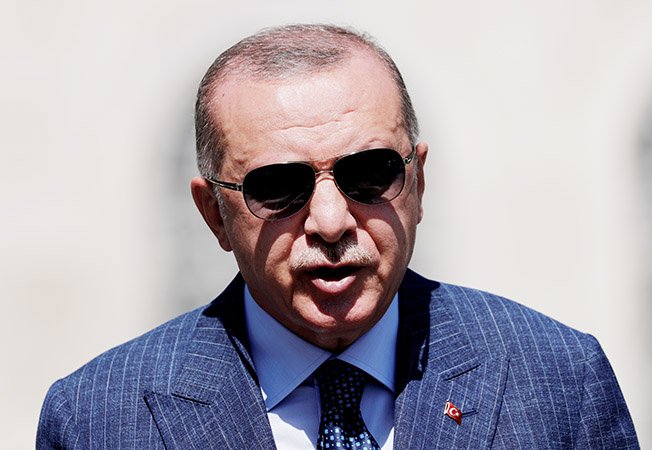 Turkish President Tayyip Erdogan said Ankara’s willingness to take part in a conference on the Eastern Mediterranean with the participation of Turkish Cypriots showed its “willingness” to to resolve the issues through dialogue.

“We have never closed the door to dialogue,” Erdogan said in a video message to the 12th International Halifax Security Conference.

“We can not tolerate our country, which bears the burden of all kinds of developments in the eastern Mediterranean, to be ignored when it comes to natural energy resources,” he said.

According to Erdogan, “despite the challenges of Greece and southern Cyprus, we have always behaved patiently and calmly on the issue of the eastern Mediterranean”.

“Their accusations in the name of EU solidarity on exploration and drilling are inconsistent with history, law and reality.”

Erdogan said Turkey would continue with the same determination “our efforts to end the isolation of the Turkish Cypriots and the fair distribution of hydrocarbons in the eastern Mediterranean. On the other hand, we have never closed the door to dialogue and we will not close it. ”

The participation of Turkey and the Turkish Cypriots in a conference to resolve the issues, showed that, he added.

“Turkey has always taken a constructive stance to overcome the problems in the Aegean and the eastern Mediterranean.”

Turkey said on Saturday it was extending the seismic survey work of its Oruc Reis ship in a disputed area of the eastern Mediterranean until November 29.