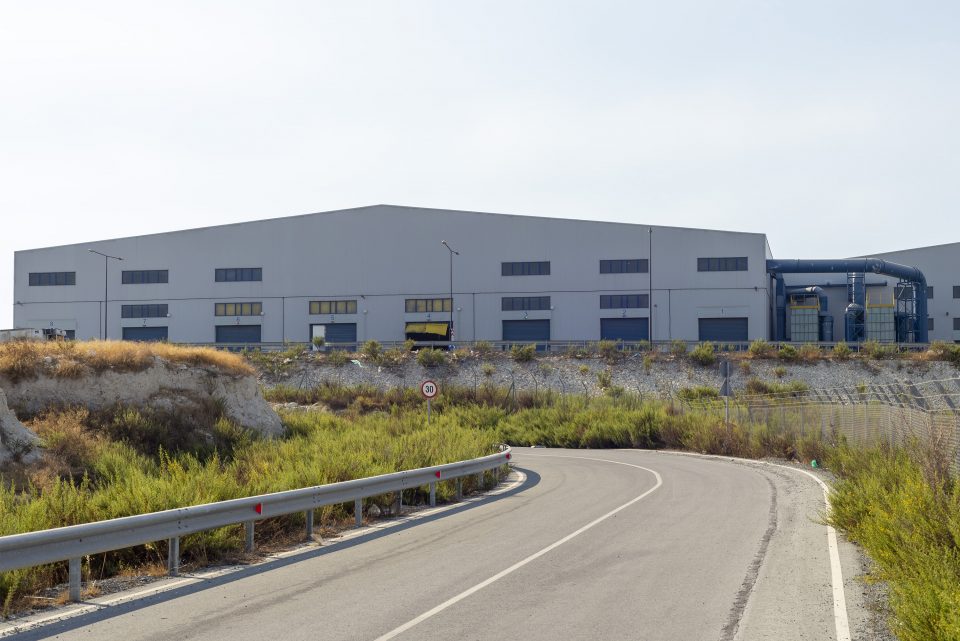 The Pentakomo waste treatment plant has been a fiasco

A litany of incompetence by technocrats and politicians, and dubious decision-making, has led to a major waste management fiasco that raises  the risk of the EU demanding the return of tens of millions of euro it provided for a project which has failed spectacularly to meet any of the objectives it had set.

Three years after the start of the operation of the Pentakomo waste treatment plant, which was to end the burying of municipal waste from the Limassol district, all that has changed is that now treated the waste is being buried instead.

Cyprus’ technocrats completely disregarded every piece of advice given by different EU experts who studied the plan. They expressed strong objections about the technology chosen which was not used elsewhere; there would be very little or no demand for the SRF (Solid Recovered Fuel) that the treatment plant would produce and the EU demanded to know which industry would take it; technical requirements should have been set for the bidders so the project would at least be given to a company with expertise.

The Cypriot technocrats believed they knew better, stuck with the suspect technology, set no technical requirements and awarded the project to a consortium of construction companies with no technical expertise on waste treatment (a small Dutch company D.B. Technologies also participated), because it offered the lowest price. For almost three years the treated waste was being buried, although in July the Vassiliko cement factory signed an agreement to take about a third of the quantity produced. A six-month agreement was signed but whether it will be renewed remains to be seen.

The frustration over what has happened and there are some that believe Pentakomo should be shut down. “Whatever cannot be solved is cut,” said the head of Department of the Environment, Costas Hadjipanayiotou, who said all the department’s concerns objections had been put in writing and forwarded to the relevant authorities. “They are still carrying out experiments,” he said, stressing that the plant “is operating not on the basis of the specifications for the project.”

Strangely the technology for the plant, which the technocrats fully backed in their dealings with the EU was changed after the contract had been awarded in what was a blatant irregularity. The mechanical biological treatment of municipal waste stipulated in the tender specs was replaced by what is known as anaerobic biological treatment, with aim of the biogas produced in the process being used for energy.

This treatment technique could not produce SRF as the project specs had stipulated but produces Refuse Derived Fuel (RDF) which has a high moisture content and low calorific value that renders it a poor alternative source of fuel. With no takers for the RDF the Pentakomo plant has been burying all the treated waste, engaging in the practice it was set up to end since it started operating towards the end of 2017.

In other words the treatment plant, set up so the Vati landfill that took all the municipal waste of the Limassol district, could be closed down and end the damage caused to the environment was still burying treated waste. The original government plan was to have a treatment plant to turn waste into alternative fuel which could be used by industry as part of the circular economy. The EU allows up to 11% of the treated waste to be buried but Pentakomo had been burying all of it because there were no takers for the sub-standard alternative fuel it was producing.

Progress was made a few months ago. In July, the Water Development Department (WDD) which is in charge of Pentakomo signed a six-month agreement with the Vassiliko Cement factory to deliver 7,500 tonnes of alternative fuel in three streams –  RDF in loose form, RDF in bales and dried sludge. So far it has delivered 1,300 tonnes of RDF in loose form and is soon expected to deliver bales as well; the sludge will reportedly follow in December.

Giorgos Americanos, the general manager of Enerco, an energy recovery company, which is part-owned by Vassiliko and is taking the RDF, explained that the high moisture is a problem. With close to 50 per cent moisture the RDF has to go through a five-stage blending system to become homogenous and it means in every 20 tonnes there is 9 tonnes of water.

“There were mistaken calculations during the planning and implementation of the Pentakomo waste treatment plant,” said Americanos, explaining that while the moisture of the incoming waste is about 50%, in the original calculations the assumption of 33% moisture had been made, without technocrats questioning it. “The RDF produced has very high moisture – 42% to 48% – according to the findings we got in the pilot trial of January 2019 and the pilot trial currently in progress,” he added.

“This poor quality of the RDF means there is a limit to the quantities that we can use per year, something we are looking into within the framework of the pilot trial,” said Americanos. With Pentakomo producing some 50,000 tonnes of RDF per year there would still be huge quantities that Vassiliko would not take, not even if a higher price was paid by the WDD. “The main issue of the use of poor quality RDF is not the price we are paid but its suitability and conformity to specifications,” explained Americanos.

The price Vassiliko is being paid for taking Pentakomo’s RDF has been kept a secret. The government had claimed that if there were no takers for the SRF (which, however, is not being produced) it would sell it abroad, but this was an illustration of the general ignorance. Even if Pentakomo produced top quality SRF, an industry would still have to be paid to take it.

“The alternative fuel was never sold anywhere in the world,” said Americanos. “Alternative fuel was delivered to factories with negative value, which is why the cement factory was paid to take it.” If the government had sent the RDF abroad, as it claimed it would do if it could not find anyone to take it in Cyprus, in addition to paying the recipient it would also have to pay the shipping costs.

The idea that the SRF/RDF could be sold was another illustration of the ineptitude with which the government and its technocrats handled the Pentakomo treatment plant from the planning stage onwards. “Every wrong decision that could have been taken was taken,” said an industry insider who spoke on condition of anonymity.

The technology chosen for Pentakomo in 2013 is not used anywhere else in the world; the specs were tailor-made for a specific company which was why no interest was shown by any international companies with expertise and know-how in waste treatment. There are no experience references elsewhere in the world for the operator of Pentakomo to draw from and improve the treatment process.

And the operator is being fined by the government for not producing the treated waste stipulated by the specs, by being paid €12 per tonne instead of the agreed €19 which was too low in the first place. The industry insider explained that in the UK the tipping fee at a landfill, at which there is no treatment of the waste, is £20 on average, while in the rest of Europe municipal waste treatment plants charge three times as much as Pentakomo.

Of course, the low price secured has already proved a false economy and the insistence of the Cypriot technocrats focusing exclusively on price led to a malfunctioning treatment plant. When the tenders specs were being prepared, the technocrat in charge – Odysseas Michaelides, who was then working at the commerce ministry – opposed the proposal of the experts of Jaspers, a partnership of the European Commission, the European Investment Bank, the EBRD and the KfW, which provides EU member states with the support they need to prepare major infrastructure projects co-financed by the EU.

Jaspers, having been ignored in proposing that any waste treatment technology should have been accepted, had told the Cyprus government that there should be a technical evaluation of the tenders to ensure that the bidding company had the technical ability to produce high quality SRF that could be disposed of. Instead Michaelides argued there should be no technical evaluation and the contract given to the lowest bidder. In short, anyone with no technical know-how could win the project as long as the price was low.

A low price was secured, but this led to the establishment of a waste treatment plant plagued by problems, with questions hanging over its viability and ultimately failing in ending the burying of municipal waste. And now there is the danger of the EU demanding Cyprus returns the money it received for this disastrous project.

An administrative investigation set up by the council of ministers in September 2019 to look into the matter is set to be completed by the end of this year.