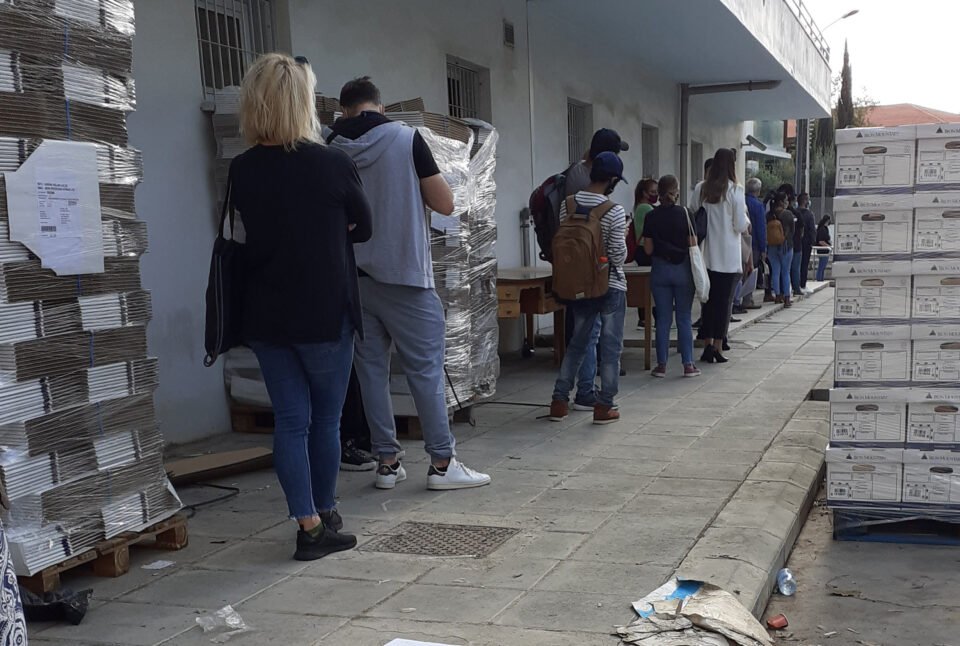 File photo: A queue outside the old migration department building

Lazy British expats or those with a fear of government offices have been chided by the British High Commission for not getting their residency status sorted before the Brexit transition period ends on December 31, now less than six weeks away.

The good news is that British citizens who can prove they have the right to be here have nothing to fear come January 1, 2021: the Cyprus government has promised to be flexible. But this is no excuse, the High Commission says. The message is: you have to get your status sorted out anyway, so do it now.

“The Cyprus authorities will be understanding and continue to allow those who can prove residency to apply when they are able to without a hard deadline. This, however, doesn’t mean that people should relax and feel free to take their time,” a British High Commission consular policy officer told the Sunday Mail this week.

That status comes down to one of two pieces of paper, the MEU1 and the MEU3. The first is a registration document for those in Cyprus more than 90 days and less than five years; the second provides permanent residence for those who have lived here for more than five years. One or the other is crucial for access to vital services like Gesy. There is also an MEU2 for non-EU family members of an EU citizen.

Vivienne Parker, 58, is a British expat who, like too many others, still has not applied for the correct papers.

“I’m ashamed to admit that I have only just started the procedure to obtain my MEU3, although I’ve lived in Cyprus for over 30 years, and paid social insurance and taxes for most of that time. My children were born here and went to school here,” she told the Sunday Mail, adding that she stupidly had got her and family only lower-level MEU1s ten years ago when they were already eligible for MEU3s. This system has been in place since after Cyprus joined the EU in 2004.

“I know I have to get it sorted and get my status in order, but after all these years here, I dread all the paperwork and queues. I have started it, but already hit a brick wall.”

Part of that brick wall is contradictory advice from the immigration department depending on where a resident lives. Parker was told she should show up at the immigration office armed with just a valid passport to discuss the necessary paperwork she needed and arrange an interview, which may not be until next year but at least put her in the system ahead of December 31.

“I went to the Nicosia office, queued up for ages. When I finally got to the right booth, they looked at me like I had come from another planet. ‘There’s no interview,’ I was told. ‘Just show up when you have all the papers’.”

This is in sharp contrast to the Paphos immigration office, an official of which told the Sunday Mail that the current procedure to obtain a residency document requires that the applicant attends an immigration office with their passport to make an appointment.

They are then given a list of the required documents and a specific, individual number.

“We are making appointments for next year, these people will be covered by the current laws,” the official told the Sunday Mail.

A Paphos resident confirmed that was the case.

“I visited immigration in Paphos last week and have an appointment for next February to get my MEU3,” he told the newspaper.

The extent of those too lazy or unable to get their papers sorted out is highlighted by the Cyprus Residency Planning Group (CRPG), which operates a help desk for all UK nationals living in Cyprus.

Their statistics show that the average length of time British expats have lived in Cyprus is 13.9 years, and some still have no form of residency documentation whatsoever.

“If they do, it is the old style, pre-EU accession, pink slip, brown book or a stamp in their passports. It is understandable that some UK nationals do not realise that they still need to apply for residency, but they do,” a CRPG spokesperson informed the Sunday Mail.

She was referring to examples of outdated and invalid residency documents which include: a brown residency booklet, a blue slip, a pink slip, an ARC and a residency stamp in a UK passport that were actually only valid until Cyprus joined the EU in 2004, but many never updated.

The aim of the CRPG is to provide practical assistance to UK nationals who may have difficulty completing their residency application. This includes pensioners, disabled people and those living in remote areas.

The process will be particularly straightforward for British nationals and their family members who are already holders of an MEU1, MEU2 or MEU3.

To obtain these, holders of the current residence document – MEU1, MEU2, MEU3 – will only need to submit a valid passport as proof of identity and their current permit.

But this easy version of the new documents will be issued based on the paperwork of the old system. For example, an MEU3 holder will get a UK3 easily, but only if they previously submitted the paperwork for the MEU3. If not, the paperwork remains the same.

There is no need for a time extension since any UK national who can prove they were resident in Cyprus or who arrives by December 31, will be able to apply with no deadline, though with the amount of paperwork current until now.

“For example, if a UK national has resided in Cyprus since 2008, but hasn’t applied for their MEU3, they can do so even after the end of the year with the right documents to prove their residency since 2008,” the British High Commission consular policy officer said.

In the case of someone living in Cyprus since 2017, who still hasn’t applied for an MEU1, and may currently be in the UK and may not make it back to Cyprus before the end of the year, or if their appointment with immigration is for next year, there’s no problem either,” she added.

“They can apply for residency when they come back to Cyprus or next year, provided they have all the documentary proof to show that they were resident since 2017.”

She stressed though, that UK nationals already resident or arriving in Cyprus by December 2020 should settle their residency status as soon as possible, as after the end of the year, the rules for travelling to Cyprus will change.

“UK nationals should check that their passport is valid before making any travel arrangements.”

In addition, British nationals intending to live in Cyprus after December 31, 2020, should exchange their UK driving licence for a Cypriot one.

Germany braces for extension of lockdown month into December