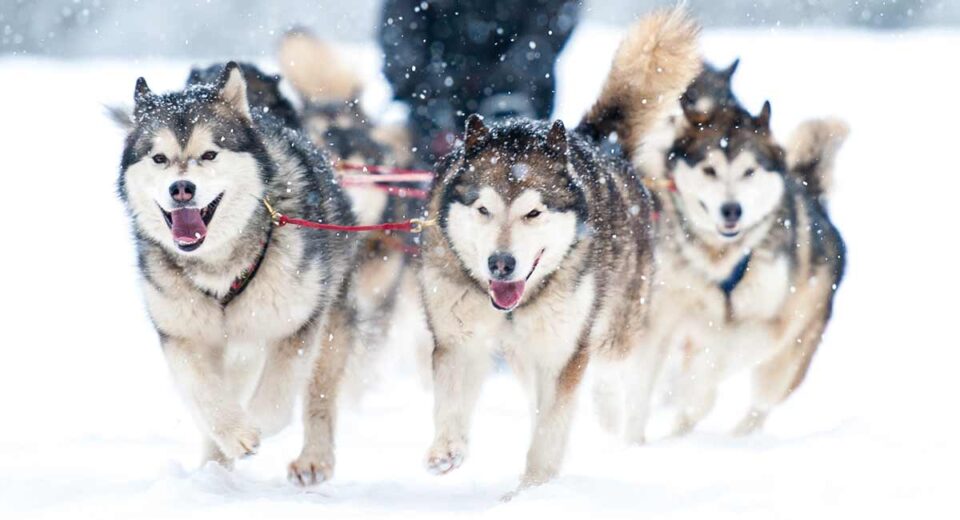 The Lives Huskies Should Be Leading

They shouldn’t be in Cyprus, they are challenging to look after, but they are also irresistible

Husky fact number 1: They should never have set their paws in a country as hot as Cyprus.

If you have ever caressed one, fact number one becomes instantly obvious: it is like touching a very, very thick fur coat. Imagine having to wear one – at all times, as these dogs do not shed that much fur during the summer.

For people who haven’t actually touched a husky here is what a vet says:

“It is almost always too hot for them in Cyprus. During the hot summer they should stay indoors in air conditioning,” veterinary surgeon Athos Efstathiou commented.

Fact number 2 is why they are here, though many of them end up in shelters.

This is not only a Cypriot, but an international phenomenon.

“Because of the popularity of the TV series Game of Thrones, which features husky-like dogs that closely resemble wolves, many people ran out and adopted a husky, unaware of the challenges this high-energy, escape-prone, prey-driven breed poses,” America’s East Bay Times reported in 2017.

“People who never expected their cute doggy would be chewing on brass door knobs until they dent them trying to get in the house, and creating holes in drywall the size of its head” – as the paper put it. All too soon, the owners run to the closest dog shelter to get rid of it.

My own husky story which began earlier this year is based on the first fact.

My husband and I discovered one of them, a 10-year-old male, in an enclosure in Nicosia, and as he was never taken for walks, we asked permission from the owner to take him to Troodos on Sundays starting from March.

Walking one can be great if you are like me and not too fond of going uphill – he will pull you up, much like he would a sleigh, I imagine.

But here is another husky fact, arguably the most important one for those who are not familiar with their ways: they love to walk and run and don’t really care where and who walks with them. On the one hand this makes things easy, but on the other more perilous, because as I have learned, they really are bent on running away.

We eventually took Blue over completely in July. He came to live with us, though only after we installed a high fence around our house.

We soon learned there are a few things to adapt to, which those who don’t have one of these lovely pets may not be aware of. A pet?

This is not always how people think of a big wolf-like dog. After one of our walks, we were tired and wanted to get back to our car, some distance from Troodos, by taxi. Would the taxi driver take our pet? Yes. Until he saw him. There was also a bus from the square going in the direction of our car, but the reader can guess what the driver said.

We then decided to take Blue on a holiday to the Paphos district for a couple of days, which involved renting appropriate accommodation. This time we didn’t ask the owners for permission. Any villa marked ‘pet friendly’ on the internet and with a very high fence was a choice. Kind of limiting, but coronavirus times meant there was some leverage.

Well, he didn’t jump over the fence, but spotted a goat while out for a walk with my husband and tore away. Days desperately spent looking for him were to no avail. So much for holidays in Akamas.

Does this very upsetting event mean I am now cured of huskies? Back to fact two: you fall in love with them, period.

So after a mourning period – and hoping Blue would reappear – I set out to find another one.

At a shelter of course, as buying a baby husky is out of the question in Cyprus, where the climate is so much against them that encouraging breeding is criminal.

Viewing around a hundred dogs at a Paphos shelter really left me with no choice. One look at Taz, a four-year-old male husky, and the decision was made.

And here he is, in our Nicosia home. In the past month he has dug a couple of holes in the garden, none deep enough to escape yet, has more or less figured out how to open the veranda door if you don’t lock it, is working on chewing the blanket meant to be his bed, has me getting up at 5am to go for walks, and has managed to escape once by somehow getting out of his collar. I ran after him for about an hour before he for some unfathomable reason stopped and decided to let me catch him.

But this is not going to happen again. I am determined. When he tried one of these sudden pulls last week, I hung on to him, even though this meant I fell down headlong, bruising my ribs and hurting my knee. The husband and son are taking him out until I can walk again.

But just look at the photos, isn’t he lovely?