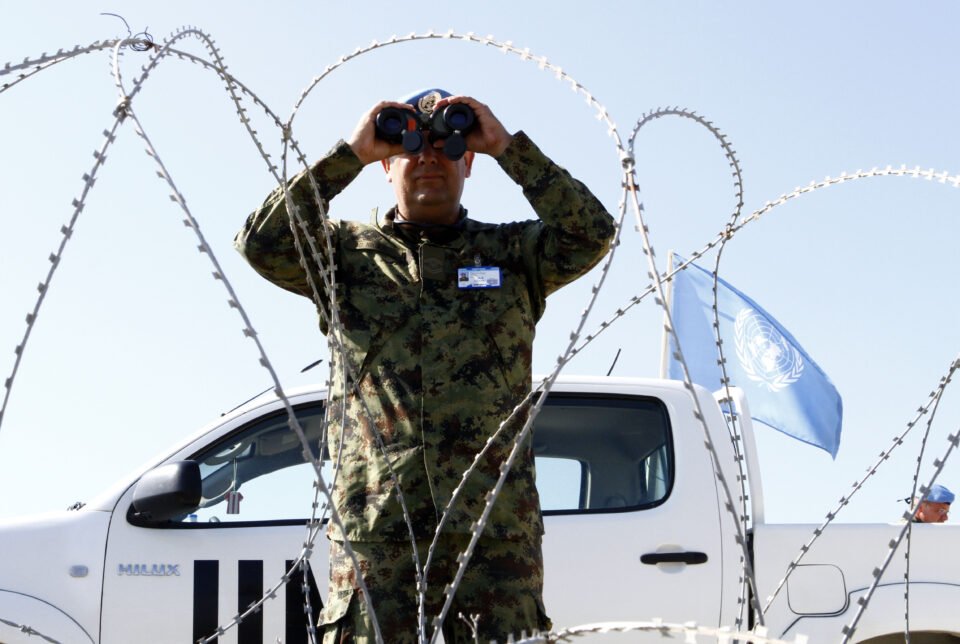 There are clear parallels between Cyprus now and Greece in 1922, but in Cyprus it was largely reversible

When some were saying before the 2004 referendum on the Annan plan that a possible rejection would lead us to a new Asia Minor disaster, they were vilified and accused of spreading fear and panic in order to force the people to ‘surrender’ and vote ‘yes’. Unfortunately, the opening of Varosha by Turkey resoundingly confirms that the Cyprus tragedy constitutes a new Asia Minor disaster that is taking place gradually – the complete disaster will probably be sealed in a few decades.

The tragedy of Cyprus is easily compared, mutatis mutandis, with the Asia Minor disaster. The similarities are astonishing. Firstly, in Cyprus and Asia Minor many were slaughtered, women raped in front of their loved ones, families lost everything, properties stolen, dignities shattered and the sacred desecrated. Then, the percentage of the population uprooted was, more or less, the same. Before the Asia Minor disaster in 1922, the population of Greece, which included all of Thrace (minus Constantinople) and the zone of Smyrna was 5.5 million – the refugees in 1922 were about 1.2 million representing 22 per cent of the population of Greece. In Cyprus the proportion of refugees of 1974 was a little higher at 24 per cent (165,000 in a population of 680,000).

In both Asia Minor and northern Cyprus a Greek presence of 3,000 or more years came to an end. The blow to Greece was arguably much heavier as it lost one of its lungs and was geopolitically downgraded in comparison to Turkey. But in the loss of territory there is a big difference – 37 per cent and 13 per cent for Cyprus and Greece respectively.

In Cyprus, however the situation could have proved reversible if we had accepted the Annan Plan which provided for the return of Varosha, Morphou and 80 villages to the Greek Cypriot constituent state.

Something else noteworthy is the referendum link with the two disasters. Exactly 100 years ago, on November 22, 1920, the first referendum was held in Greece on whether the pro-German King Constantine I should return to the throne. The overwhelming majority of Greeks voted in favour for his return but immediately afterwards the allies submitted declarations they would not recognise him as head of state, froze all loans that had been destined for Greece and left the country on its own against Turkey until disaster struck.

In our referendum in 2004 we voted for the Turkish troops to stay, not to have Varosha, Morphou and another 80 villages returned and for no refugees to return to their homes. We had an opportunity to put an end to this tragedy, but we chose to escalate it. We should not be surprised by the theory, uttered by some, that as a people we are addicted to what troubles us.

Nobody claims that the Annan Plan was perfect – no compromise can be perfect. There were however two positive points that outweighed the negatives. First, there would be one sovereignty, a single international personality and the four basic freedoms that were considered vital for the smooth functioning of a settlement were safeguarded – free movement of individuals, free movement of goods, free movement of services and free movement of capital as well as the purchase of property. Second, the sensible citizen should have been fully aware of who the champions of the ‘no’ vote were. The lead player was Rauf Denktash, indisputably the smartest politician produced by Cyprus. It was this champion of the two-state solution who incidentally congratulated Tassos Papadopoulos for his “courageous” stance against the plan. Denktash was supported by fiery advocates of chauvinism, populism and xenophobia. Sadly, the electorate ignored all this and the opportunity to end, or at least minimise the effects of the invasion was lost.

The election of Ersin Tatar as Turkish Cypriot leader dashes every hope of a solution of the Cyprus problem so the tragedy of Cyprus will continue. What will become of us? This is the tough question, and we should not hide the truth – the danger of the decimation of Cyprus Hellenism. What child does not understand this and what thinking person could deny it? Of course, when we think about the future we do not have in mind the next few years but the next generations. The hard reality is that regardless of what status the ‘TRNC’ will have, essentially we will have borders 200km long with Turkey. At some point Unficyp will withdraw, because it is not destined to stay guarding the buffer zone forever, and the consequences of such a development are frightening to even think about.

Our only hope – very slim indeed – of averting disaster would be if the UN can persuade Turkey that this time we sincerely accept the bizonal, bicommunal federation and political equality so that talks could resume on this basis.