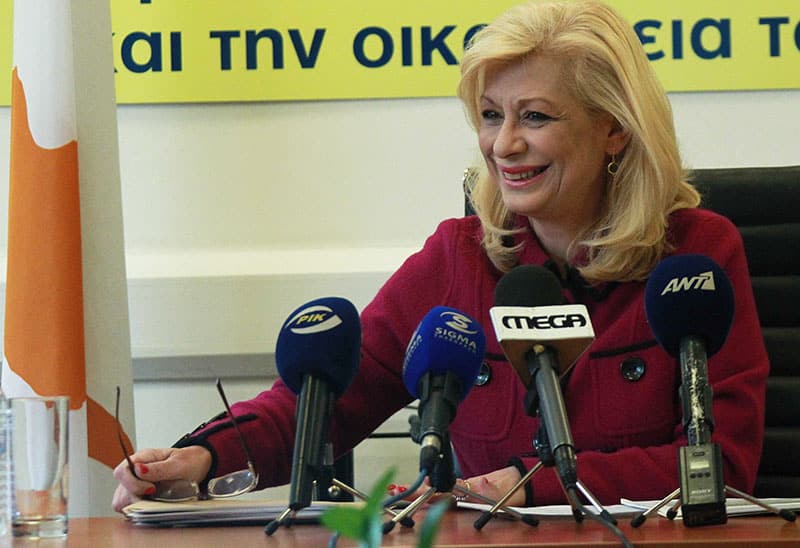 The calls follow a report by daily Politis, according to which 129 state and local government officials who still hold public office receive state pensions amounting to €2m per year.

This concerns posts such as those of the president, ministers, MPs, commissioners and mayors, who in addition to their existing salaries, also receive state pensions for positions they used to hold prior to their existing ones.

Citing data of the state treasury, Politis reported that 37 of these 129 are officials who served in the public or wider public sector and who now receive their salaries and benefits but also professional pensions even though they have not reached the age of 60.

Another 62 former and current state officials receive multiple pensions, with some of them having up to three state pensions exceeding €6,000 per month.

Citing sources, the paper reports that President Nicos Anastasiades, Labour Minister Zeta Emilianidou and Disy MP Onoufrios Koullas have waived their pensions rights while they receive salaries for their public posts. Former attorney-general Costas Clerides had done the same before his retirement.

According to his latest statement of wealth filed in 2018, Anastasiades’ salary amounts to €7,102 net per month but he is also eligible for two state pensions, a statutory one and his pension as a former MP, which amount to a total of about €5,400 per month plus another pension from the lawyers’ pension fund, which amounts to approximately €1,100 per month.

Emilianidou, in addition to her minister’s salary, is also eligible for three monthly pensions: civil service, institutional and widow’s.

According to the daily Koullas, after his election in 2016 as a Disy MP, resigned from his post at the finance ministry but the state treasury activated the mechanism to send him a pension though he was only 42. He wrote a letter asking to waive his pension.

Disy leader Averof Neophytou had tabled two bill proposals some four years ago. The one concerns pushing the retirement age of MPs and ministers to 65 like everyone else.

The second concerns dealing with the practice of state officials simultaneously enjoying salaries and pensions. This proposal provides that state officials who receive pension for previous posts, see their salaries slashed for as long as they hold a paying post, so that the overall amount they receive equals the monthly salary they would be receiving if they were not state pensioners.

Koullas said on Monday that his party has called on the deputy head of the House finance committee, Diko leader Nicolas Papadopoulos, to table the two proposals for discussion the soonest possible since they aim to “rectify two standing distortions”.

Akel MP Giorgos Loukaides too said his party was against multiple pensions because they were provoking a sense of injustice among people.

He said Akel had many times taken the initiative and sent letters to the finance minister, calling on the government to take the necessary actions to address the legal problems that have emerged from the decision of the Supreme Court in 2014. He was referring to a Supreme Court ruling that found a law limiting multiple state pensions unconstitutional.

“Unfortunately, to date, the government and the finance ministry have not submitted a relevant bill, so we are not yet able to proceed safely with the enactment of legislation that will address constitutional obstacles and may stand in court tomorrow in possible appeals,” Loukaides said.

He called on the government to table in parliament as soon as possible, a bill to address the matter.