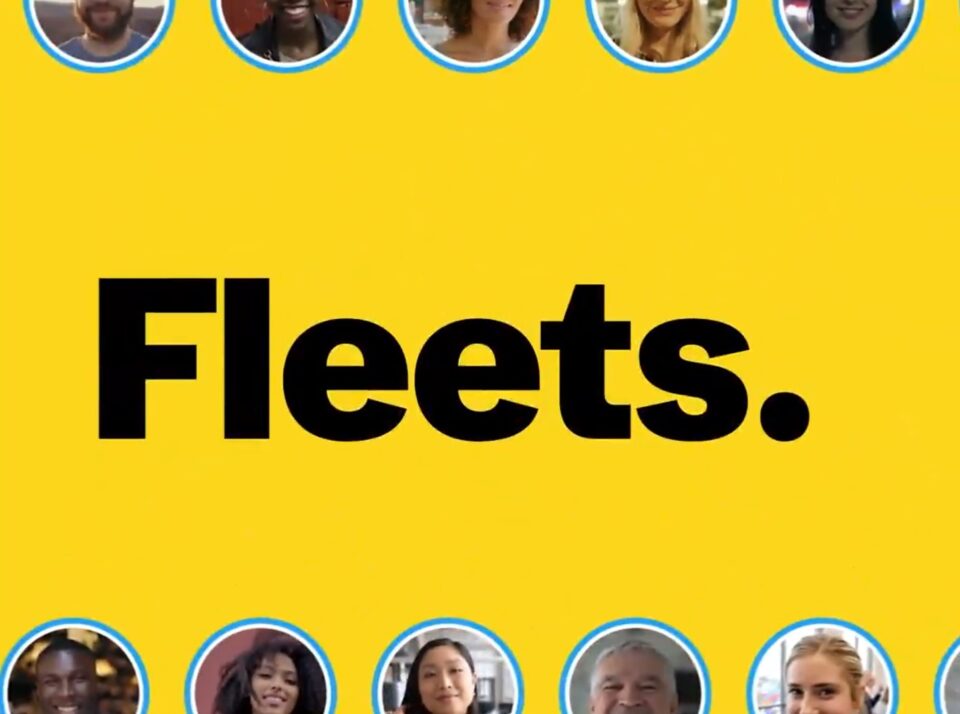 Earlier this week, social media network Twitter announced that it would be unrolling a new feature called Fleets. Fleets, a portmanteau of the words ‘tweet’ and ‘fleeting’, allow users to create impermanent posts which can include text, images, audio and video, which will automatically be deleted after a period of 24 hours.

Twitter claims this feature will help users be more spontaneous with their posts and decrease any anxiety a potentially ever-lasting tweet might cause to the user. Of course, users could have done this manually by deleting any tweet at any point after posting it, but Twitter believes that the purpose-made Fleets feature is an upgrade on the previous workaround.

If this feature sounds familiar to you it’s because it is essentially a belated rival to Snapchat’s core functionality, in which users can post something or share messages knowing that they will self-destruct after being viewed. Facebook has long mirrored this feature on its Messenger application, where Stories allow users to share a single or consecutive posts, including video, images, text and audio, which are automatically unavailable to rewatch after a 24 hour window of time.

Twitter has tested Fleets in a number of countries, including Brazil, Italy, India and South Korea and claims to have observed increased engagement from users with Fleets enabled, as well as people more willing to join conversations started by other people using this feature. The transient nature of posts created using Fleets made users feel more casual about their posts, subsequently increasing their frequency and injecting informality and spontaneity to the entire affair.

A user’s Fleets can be seen by their followers at the top of their home timeline. They can also be viewed by any non-follower who isn’t restricted from a user’s profile, such as in cases where the account is private or when a user has been specifically blocked. Fleets can be replied to by any user who can send you a direct message.

Any reply to a Fleet will automatically start a new conversation in the original poster’s direct messages inbox. The person who posts a Fleet can see the users who have viewed their fleet, including any private accounts who might have done so. Twitter has notified users that Fleets will continue being updated with time and receive new features in the future.

There have already been suggestions that one of the core reasons Twitter has introduced this feature is due to its potential uses in marketing and business. Fleets can allow businesses, influencers and brands to better define their true audience by seeing who has viewed their Fleets.

Although Twitter initially planned to make the new feature available to people around the world in a fairly expedited fashion, it has since provided an update stating that it will stagger its release so that it has additional time to repair performance and stability issues. “If you don’t have the feature yet, you may not get it for a few more days,” a statement from Twitter’s support team said.

AstraZeneca Covid-19 vaccine can be 90% effective

The app that tells you if your cat’s happy