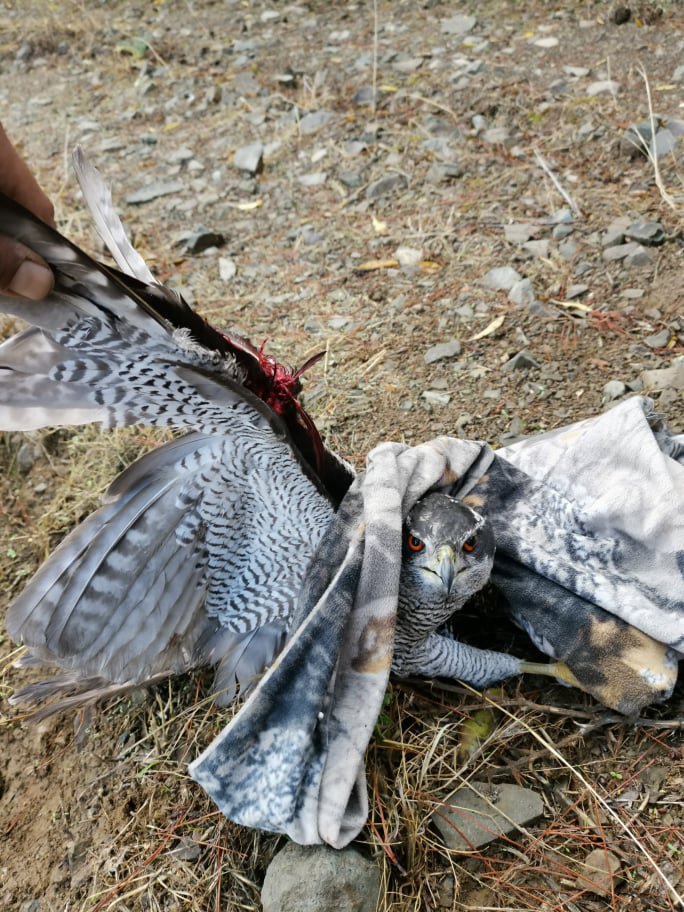 The Game Fund and BirdLife Cyprus on Tuesday condemned the shooting of two birds of prey, one of which died after it was found.

“We recognise that no conscientious hunter would stoop so low and tarnish the name of the hunting community, but unfortunately there seem to be those isolated incidents, the result of irresponsible behaviour, which do not represent the Cypriot hunting community,” the announcement said.

The Goshawk which was found in the Macheiras forest recently and handed over to the Game Fund suffered a wing injury which was caused by a gun shot as an X-ray confirmed.

“The bird was operated on and receives the necessary care at the wildlife care and rehabilitation centre of the ministry of interior until it is ready to be released into nature again,” the joint statement continued.

A long-legged buzzard found in Avdimou was not so lucky, as it died a few minutes after it was found. An X-ray showed shrapnel in various parts of the bird’s body.

The Game Fund and BirdLife Cyprus urge the public to report such incidents, “so that the offenders face the consequences of their actions, and neither the wildlife nor the conscientious hunters ‘pay’ for it.”

The fine for shooting protected endangered birds is €16,000, while it is €2,000 for killing other protected birds, the announcement concluded.

The public can contact the Game Fund at the following phone numbers: