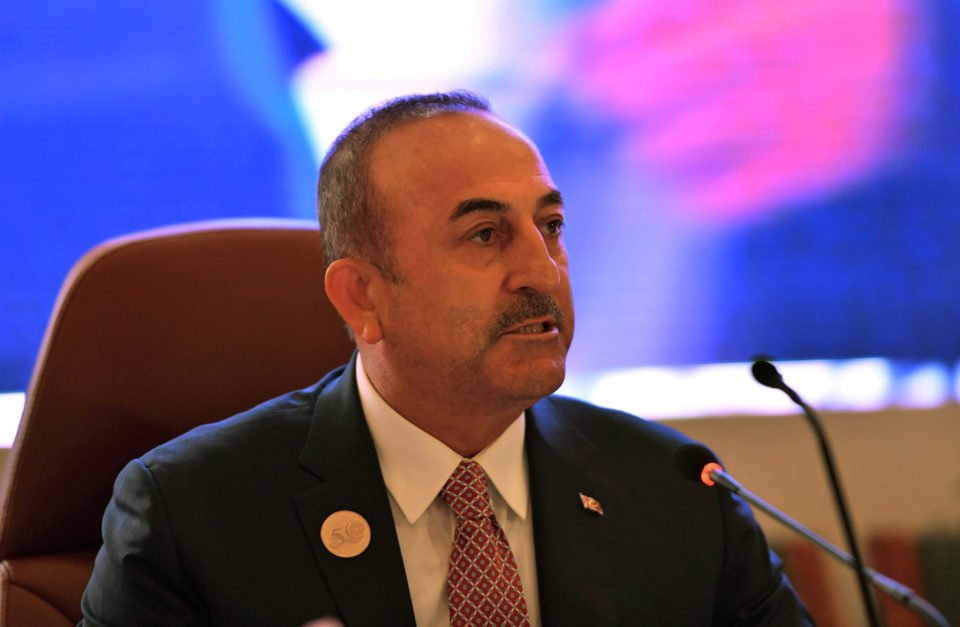 Turkish Foreign Minister Mevlut Cavusoglu on Tuesday blamed the Greek Cypriot side for the island’s division which did not want to share power with the Turkish Cypriots, nor split offshore natural resources.

“The reason for the deadlock that has been going on for more than half a century in Cyprus is the irreconcilable and distorted mentality of the Greek side,” Cavusoglu said in parliament. “This mentality considers the Turkish Cypriots not equal partners but a minority and wants to share neither power nor the natural resources of the island.”

The Turkish foreign minister said Ankara had called for dialogue to resolve the hydrocarbon issue.

“But contrary to our call, we faced exclusionary and provocative steps. Therefore, we have taken the initiative in the field to protect our rights without closing the door to dialogue,” he added.

Turkey’s drilling activities in a disputed part of the eastern Mediterranean have raised tensions with the EU as Ankara is locked in a dispute with and Greece and Cyprus over the extent of their continental shelves and hydrocarbon resources.

EU foreign policy chief Josep Borrell said this month that Turkey’s rhetoric on Cyprus was aggravating tensions with the EU and Ankara had to understand that its behaviour was “widening its separation” from the bloc.

The EU will discuss Turkey’s pursuit of natural gas exploration in contested waters in the eastern Mediterranean at their next summit in December, German Chancellor Angela Merkel said on Thursday.

Two arrests after stolen car crashes into others