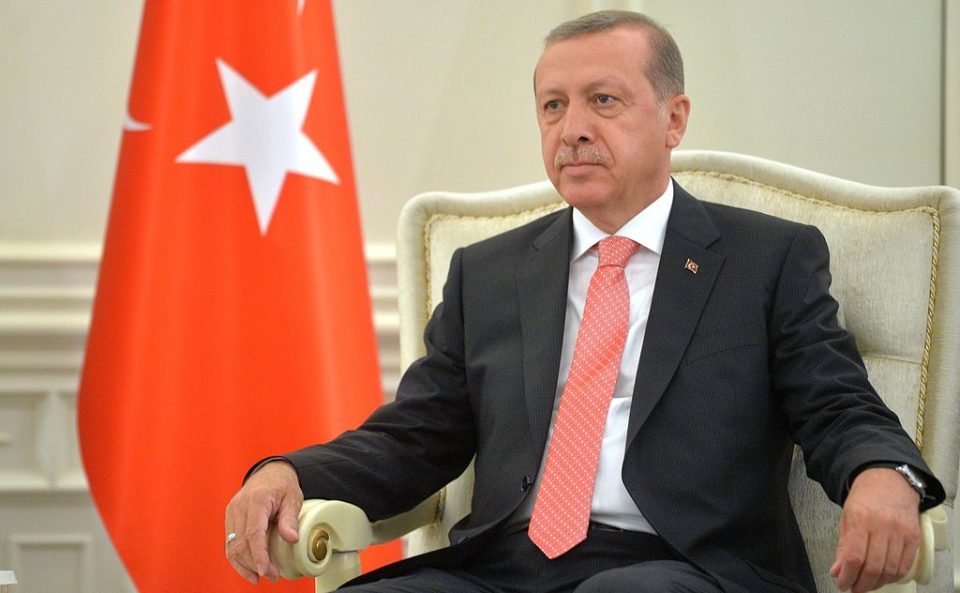 Turkish President Tayyip Erdogan said on Wednesday a jailed Kurdish leader has “blood on his hands”, scotching some hopes that a reform plan could lead to wider liberties for the opposition and dissidents.

Erdogan promised a slate of judicial and economic reforms two weeks ago, leading to expectations of the possible release of politicians, including Kurdish ones, and human rights advocates from jail.

Former deputy prime minister Bulent Arinc, a founder of Erdogan’s AK Party in 2001, added to that speculation with a call for the release of Selahattin Demirtas, former leader of the pro-Kurdish Peoples’ Democratic Party (HDP).

Erdogan slammed those comments on Wednesday saying: “It offended me that he suggested everyone read the book written by a terrorist,” referring to Arinc urging people to read a book by Demirtas to understand Turkey’s Kurdish issue.

“There is no Kurdish issue in this country,” Erdogan said. Demirtas, he said, defends “terrorism” and has the “blood of thousands of Kurds on his hands”.

Arinc resigned on Tuesday from the presidential advisory board.

Demirtas has been in prison for more than four years on charges related to protests against the Turkish army’s inaction during a militant attack on the Syrian Kurdish town Kobani.

Erdogan said the AKP would carry out the reforms together with its Nationalist Movement Party (MHP) coalition partner – staunch opponents of the Kurdish political movement. The details of the plans to make judicial processes easier and quicker have yet to be made public.

“This reform narrative is not sincere. This is a party which has been in power for 18 years and which has until now totally trampled on the law,” she told Reuters.

“It has one aim: to win back the support which has been lost,” she said. The next election is not due for three years, but the parties have been dipping in the polls.

The HDP, chaired by Demirtas between 2014 and 2018, has had thousands of its officials and members arrested in recent years. It has generally been accused of links to Kurdish militants fighting an insurgency in Turkey’s mainly Kurdish southeast.

Erdogan on Wednesday defended the removal of elected HDP mayors from posts in the southeast. The state has appointed caretaker mayors to 59 out of a total of 65 municipalities that the HDP won in local elections in March 2019.