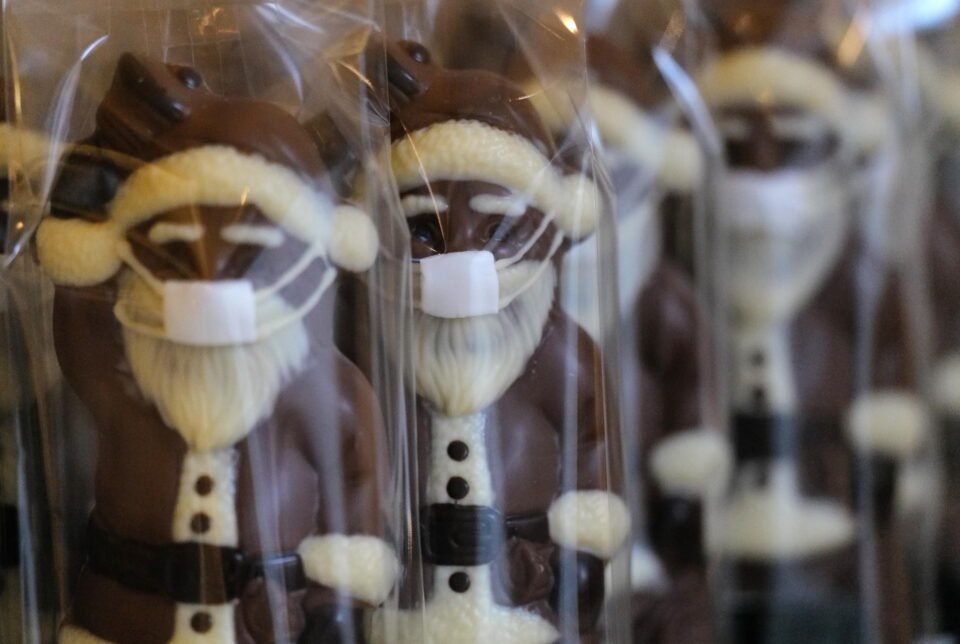 New idea for your Santa list? Crockery, slippers or trolleys from British Airways

British Airways put crockery, slippers and trolleys from its now retired jumbo jets up for sale on Monday, seeking to shift retired stock and keep its brand on customers’ minds at a time when very few people are travelling. The airline, which earlier this year sold off millions of pounds worth of art to boost its pandemic-hit finances, said it was opening a Christmas shop via a website to sell items such as blankets and champagne flutes from first class cabins.

Chocolate Santas in marzipan masks – a coronavirus Christmas in Hungary

When confectioner Laszlo Rimoczi decided to put masks on his chocolate Santas in his small workshop in rural Hungary, he intended it as a light-hearted joke to raise people’s spirits amid a worsening coronavirus pandemic. But it turned out to be shrewd business move as orders surged online, and now he can hardly keep pace with demand.

While the words shark and Australia typically conjure up images of attacks on swimmers and surfers, 11-year-old Billie Rea didn’t think twice in rescuing a shark trapped by the low tide in a rock pool and carrying it to deeper water. “I’ve got a shark. Come on darling,” the girl was heard answering her mother in a video shared on social media on Tuesday, as she plucked a draughtboard shark from a tidal pool on the edge of Kingston Beach, Tasmania, about 10 km (6 miles) south of the Australian island state’s capital of Hobart.

Czech police are seeking help in an unusual case after a deer turned the tables on hunters and snagged a pursuer’s rifle on his antlers before running away. The deer, frightened by a dog, ran toward one of the hunting party, tore his sleeve and caught a strap of a 0.22 Hornet rifle on his antlers, police said on Tuesday.

They were on a mission to count sheep when they found something they had not counted on. As a Utah helicopter crew buzzed over the southeastern part of the state looking for bighorn sheep last week, sitting beneath them in the middle of the desert was a bright shiny monolith, the stuff of sci-fi sagas.

Officials and well-wishers gathered at Islamabad Zoo on Monday for a farewell party for Pakistan’s lonely elephant Kaavan before he sets off for a new life in Cambodia this week.

After years of campaigning by animal rights advocates and pop star Cher to rescue him from grim conditions with no companion, Kaavan was finally set to be airlifted to an elephant sanctuary on Sunday.

While on tour in central Thailand, British musician Paul Barton has been mobbed by unruly audiences that tug his hair, steal his music and climb over his piano. Barton is a rock star to hundreds of hungry wild monkeys that he hopes his music can calm, at a time when Thailand’s coronavirus-induced tourism hiatus means fewer visitors to feed them, and less funds for their welfare.

Thailand’s claim to have seized almost $1 billion in contraband ketamine this month was wrong and tests have so far not shown up any drugs, the justice minister said on Tuesday. Somsak Thepsuthin said tests which turned purple in the presence of ketamine hydrochloride reacted the same to trisodium phosphate – a chemical which can be used as a food additive and cleaning agent which is all that had been found so far.

Lobsters: the noble knights of the ocean