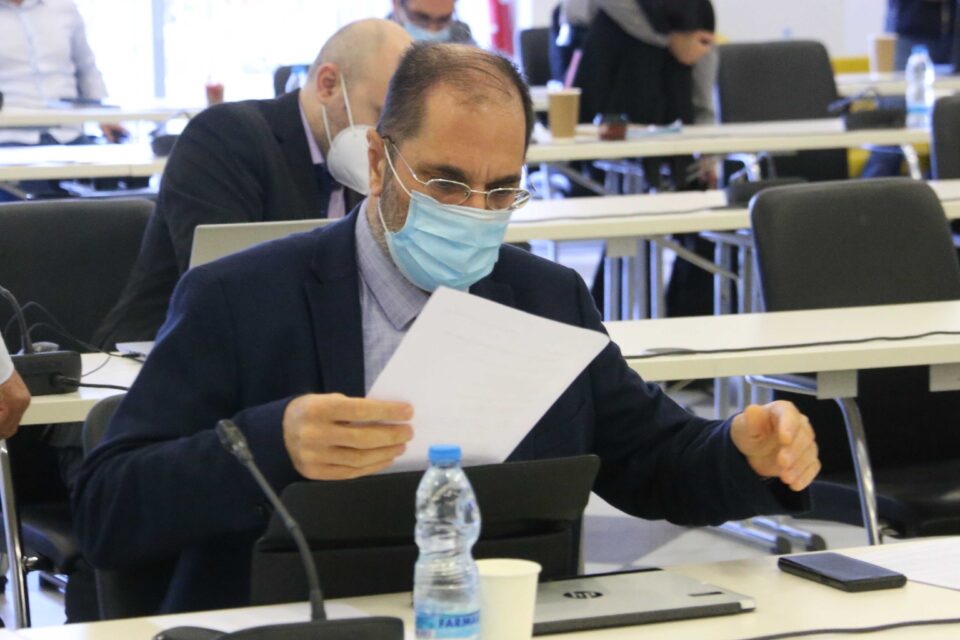 Odysseas Michaelides said there should be a probe into whether the treasury’s interference in the guarantee issue constituted abuse of power and conflict of interest.

Former interior minister Socratis Hasikos accused the audit service of lending a helping hand to the embattled owner of a slaughterhouse and an animal waste management plant on Thursday, as MPs heard a litany of potential wrongdoings over the years that may have cost taxpayers millions.

Hasikos appeared before the House watchdog committee, which discussed the case of Cypra, a company owner by the family of state Treasurer Rea Georgiou, who has also been accused of making decisions favouring the company managed by her husband, Giorgos.

The former interior minister also brushed aside an earlier suggestion by Auditor-general Odysseas Michaelides for a disciplinary probe into Rea Georgiou’s role.

“It is beyond obvious that throughout all these years there had been unprecedented support by the audit service towards Cypra,” Hasikos said, adding that after all this time, the auditor-general’s demand for a probe could not convince anyone.

The Cypra issue emerged after some 100 staff at the facility tested positive for the coronavirus. It later emerged that the majority of those were asylum seekers without work permits.

The matter gradually snowballed, revealing building code and environmental violations that were never properly addressed ostensibly due to slow bureaucratic and legal procedures.

Complaints against the company had been aired in the past, mainly by the Green party, but they never gained the traction seen at present.

Hasikos said the audit service had a special relationship with the treasurer, adding there had been “repeated interventions” by the service and its official, Adreas Hasapopoulos, during a tender by the veterinary services, in which Cypra Bionergy took part.

The 2014 competitions concerned the collection and transportation of animal by-products to the unit and their processing and disposal.

As regards the second competition, the attorney-general had issued a legal opinion to reject Cypra’s bid because the company had failed to submit a certificate of good standing, Hasikos told MPs.

However, the audit service and Hasapopoulos insisted in a letter to the vet services that the tender should be awarded to Cypra, he said.

The competition was cancelled by the tender board but in 2015 Hasapopoulos wrote to the vet services again suggesting they negotiate with Cypra regarding the processing. Cypra, was the only company that submitted a bid, MPs heard.

In May 2015, a departmental committee that included the treasurer and the auditor-general decided to appoint Hasapopoulos head of the service’s technical audits.

“When we say or suggest Cypra and the treasurer had backing, this was mainly from the audit service,” the former minister said.

Cypra was eventually awarded the €540,000 contract and as part of the deal, the company deposited a letter of guarantee for €54,000.

Despite successive extensions, the company failed to meet the terms of the contract and the agriculture ministry decided to liquidate the letter of guarantee.

The cheque was issued by the bank on September 10, 2017 and two days later, at 8.15am, it was deposited in the government account by the veterinary services.

On the same day, at 1.12pm, the owner of Cypra informed the veterinary services that he had secured an injunction, which prohibited the liquidation of the cheque pending a lawsuit he had filed against the state.

Suspicions were raised about the potential involvement of the treasurer because a senior official at the department called the ministry of agriculture accountants shortly after the injunction was issued – and without the department being informed of the court decision — and asked them to withdraw the cheque immediately before it was cashed. A vet services official went to the bank and cancelled the cheque.

The attorney-general ordered a disciplinary probe against the senior treasury official who made the phone call, but its findings were never made public.

Michaelides said there should be a probe into whether the treasury’s interference in the guarantee issue constituted abuse of power and conflict of interest.

The auditor said the probe should also examine why the court injunction was sent to the treasurer since its enforcement concerned the vet services and who had authorised the withdrawal of the cheque.

“We think there should be an investigation into whether the treasury’s actions were in good faith and in the public interest,” Michaelides said.

He rejected Hasikos’ suggestion of a special relationship with Georgiou, noting that the final say on any correspondence leaving the service was the auditor-general’s and Hasapopoulos did not do anything without him knowing.

The head of the vet services confirmed what Hasikos had said, telling the auditor “you ordered us” in 2017 to award the tender to Cypra. Christodoulos Pipis added that during a meeting “Hasapopoulos was screaming for the tender to go to Cypra.”

The treasurer said it was inconceivable for her 33-year old professional record at the treasury to be sullied just two years before her retirement.

Georgiou said she had never showed any favouritism to anyone, as she bemoaned the “merciless” assault against her and rejected the allegations.

She demanded an investigation into everything raised for the truth to shine, suggesting it was all a conspiracy theory and slander.

Of the guarantee, she reiterated that she had recused herself to avoid affecting the outcome of the case.