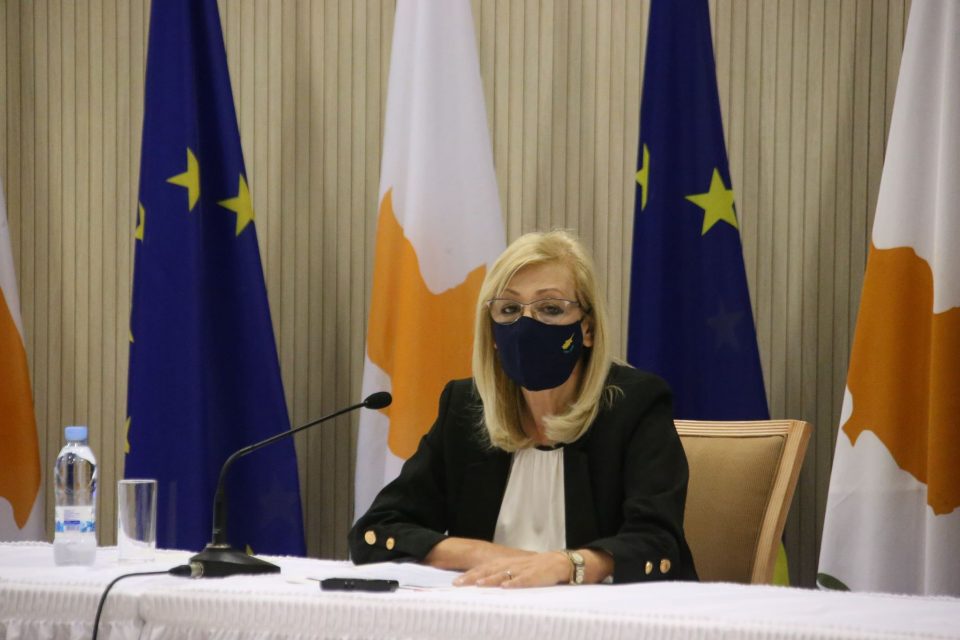 The package launched by the government to support employees and businesses amid the coronavirus pandemic has averted a drastic rise in unemployment, Minister of Labour, Welfare and Social Insurance Zeta Emilianidou said on Thursday.

“Our strategic goal at this stage is to tackle the consequences of the pandemic and that is why we are supporting employment and the aim is to avert a rise in unemployment,” the minister said, presenting the ministry’s budget for 2021 before the House finance committee.

Emilianidou also recalled that the council of ministers had approved additional measures of a value of €130 million to €150 million which will support employees affected by the local lockdown measures implemented in Limassol and Paphos districts until 2021.

According to Emilianidou, the support schemes which began with the outbreak of the pandemic in early March have supported the income of more than 190,000 employees and over or 23,000 self-employed persons, while the unemployment allowance was extended beyond six months.

“All these schemes have assisted significantly so that we would not have a drastic rise in unemployment,” Emilianidou said.

The minister said unemployment was expected to rise to 8 per cent due to the pandemic but added everything was contingent on how the pandemic would progress and whether there would be a third wave. “That’s why no forecasts can be made because the data is fluid,” she said.

The ministry’s budget for 2021 provides for €1.41 billion, up by 12 per cent compared to 2020, whereas including welfare expenditure of the social insurance fund’s various schemes the ministry’s total expenditure rises to €3.1 billion.

Emilianiou said the ministry would launch a digital application and payment of unemployment and other allowances provided by the social insurance fund.

Due to the pandemic and the ensuing lockdown measures, the ministry was forced to launch a digital platform for social insurance allowances in a period of just one month.

“With the experiences acquired in March we launched changes particularly in the docial Insurance system,” she said, adding that until the end of December all tellers in the social insurance district offices will be closed and applications as well as payments will be made online.

She said the government had to put the implementation of a minimum wage in Cyprus on hold due to the pandemic.

“You cannot implement a minimum wage when unemployment is rising,” Emilianidou said, adding that the government has concluded the study made with the assistance of the International Labour Organisation. She recalled that the government’s decision was to implement the reform in conditions of full employment.

She said the ministry has received the approval of the Attorney-general of the Republic so that the ministry can draft new legislation with the assistance of legal counsellors.