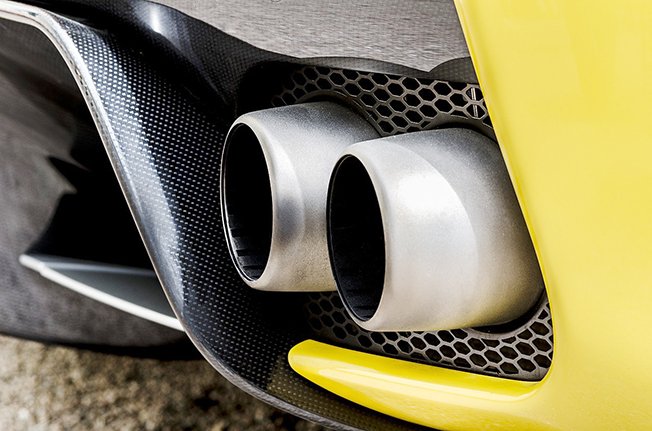 A shocking study revealed that in the UK, people living in cities are 25 times more likely to die from long-term exposure to air pollution than in an actual car crash

The UK’s all-but confirmed move to ban petrol and diesel car sales by 2030 is undoubtedly a victory for the environment. The record temperatures experienced this summer in Cyprus were an emphatic, close-to-home reinforcement of the notion that drastic global measures need to be taken and soon.

Climate change is not a theory. It is not up for debate. The idea that we, humans, are the perpetrators is one that scientists universally agree upon. Not being a climate scientist myself, I’ll take their word for it. And you should too.

Temperatures are far from the only issue. A shocking study revealed that in the UK, people living in cities are 25 times more likely to die from long-term exposure to air pollution than in an actual car crash. Of course, banning the sale of internal combustion cars is far from all that we need to do, but even a petrolhead like myself can acknowledge this move is a step in the right direction.

Aside from the intended environmental benefits, the decision’s market implications are fascinating. Given the globalised nature of the automotive market, if the UK is to successfully adjust to this legislation there is absolutely no reason why all other countries can’t follow suit. In fact, Germany – Europe’s largest producer of cars, has already committed to an internal combustion car ban by the same date. Norway by 2025.

Are we ready to put petrol in the past? Not yet, but the signs are promising. Right now, the electric car market serves the few. EVs are expensive, even at the bottom end of the market, and limited range is still the primary off-putting factor for many potential customers. Yes, there are electric cars you can buy for under €25,000, but they are Smarts, VW Ups and other tiny hatchbacks that have the size and range to only realistically serve singleton city commuters.

To buy something that is big enough to be practical, not to mention something you might actually want to own, you’re heading up past €45,000 towards something like a Tesla Model 3. Great car no doubt, but €45,000 excludes a huge portion of buyers.

Naturally, prices will drop over time, but the worry is that if this doesn’t happen fast enough, driving could become a luxury for the rich. That might be alright in countries like England, where the competence of public transport facilitates driving being a luxury rather than necessity for many people, but in Cyprus this is absolutely not the case.

Crucially, charging technology and infrastructure require massive improvement. While we’ve made significant steps in charging technology over the last decade, the next decade needs to see even faster innovation. Thirty minutes at a super charging station is still too long if we are talking about universally replacing petrol, and even still, stations at which you can charge that quickly are few and far between.

To understand the scale of the issue in Cyprus, consider that in 2017 there were 508,000 cars registered on the road. How many public EAC charging points do we have?

Home charging is the obvious alternative, and in Cyprus where distances are short this is likely to play a hugely important part the running of an electric car. Still, if you plug your EV into a normal socket it’ll get about 3km of range for every hour its charging.

It goes without saying then, that the industry for home-installed fast charging units will boom in the coming decade.

The manufacturer market is going to see huge change. While some have faith that the traditional big brands will still be the big brands on the other side, I am not so sure.

Tesla’s lead in battery and electric motor technology is looking unassailable. Founder Elon Musk’s recent ascent to second on the list of richest people in the world is an indicator many others feel the same way. Almost unfathomably, Tesla’s market cap is now bigger than that of Mercedes, Toyota, BMW, VW, Honda and Nissan. Combined.

Although not quite as important, it will be interesting to see how language adapts to this new age of motoring. Will Americans still press the ‘gas’ pedal, and will I still be considered a ‘petrolhead’? ‘Volthead’ would be the literal conversion, but I doubt it’ll catch on given in sounds like the spell Harry Potter would use to decapitate his nemesis.

On paper, Cyprus should not have a difficult time adjusting to a potential petrol car ban. The average commuting distance is small and integration of home solar systems to capitalise on our best-in-Europe sunshine could create a highly sustainable transport sector.

There are a few obstacles, however. Charging infrastructure is an area in desperate need of focus, and Tesla’s centralised ‘no-franchise’ model for selling cars means that a crucial local dealership could still be years away. Nevertheless, the local market’s inextricable link to the UK market means that if this transition is to be smooth and successful in the UK, there is no reason why similar legislation couldn’t and shouldn’t be implemented here in Cyprus.