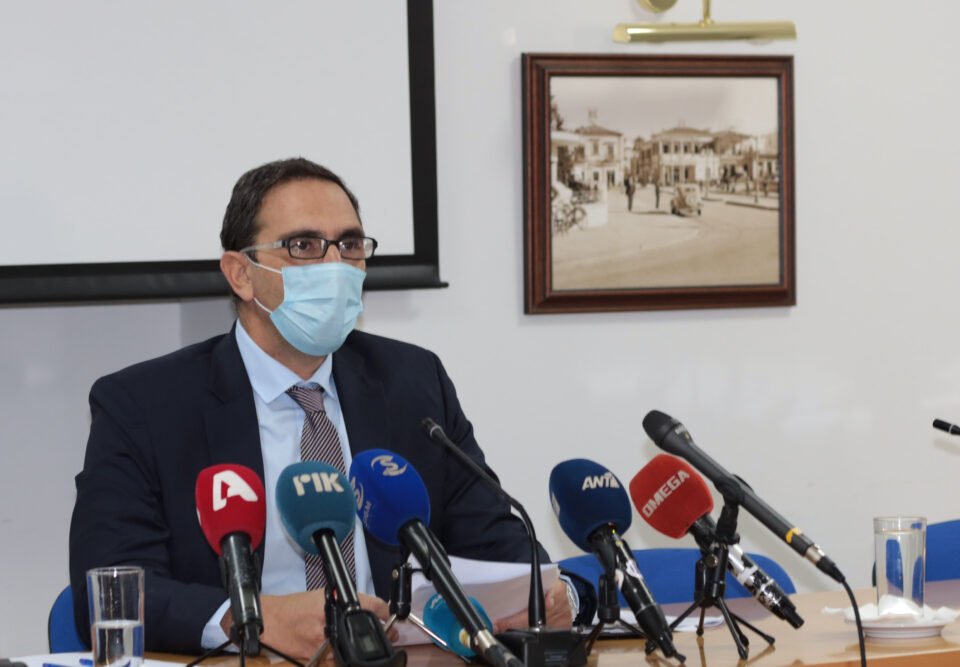 The government on Friday extended strict measures applied in Limassol and Paphos across the island, with certain changes, starting on Monday, November 30 at 1am until December 13.

The ministry had earlier said December 1.

Health Minister Constantinos Ioannou said an improvement in the epidemiological situation during that time would bring an ease of measures between December 14 and January 7 and certain exemptions during the holidays.

According to Ioannou, from from the date of restrictions, there will be a curfew between 9pm and 5am barring certain exceptions.

Only up to 10 people will be allowed in private homes, including minors.

Wedding and christening dinners and other receptions are banned apart from an event at a private home with a maximum number of 10 people including minors.

Visits to hospitals, clinics, and other medical facilities are prohibited.

The operation of hospitality venues, including coffeeshops and clubs, is only allowed until 7pm apart from delivery and take away services.

Restaurants and cafes in hotels and other tourist venues can remain open until 10.30pm to serve their guests only.

Public transport will operate at 50 per cent of capacity while the operation of gyms is suspended.

Swimming pools will also remain shut apart those used by people with handicaps or treatments or training of up to four people including the trainer.

Gyms, pools, and spas in hotels can remain open to serve their customers. Among the curfew exemptions is the movement of hunters who can travel to and from game areas from 3am only on the days when hunting is permitted.

Ports will operate only for cargo. Cruise ship passengers are banned from disembarking.

Training and sports events concerning individuals under 18 are suspended, as are those of other ages except those concerning the football championships and the national team.

Sports facilities will have to suspend operation unless they are outdoor and exclusively used by groups of four, including the trainer; they are used to host football championship and national team fixtures.

All team sporting events and social activity involving children under 18, including football, dance, theatre, swimming in pools, martial arts, and so on, are banned.

Gatherings of over two persons in public places are prohibited, such as parks, squares, dams, picnic sites, beaches, walkways, marinas etc, are prohibited. This excludes minors whose parents are out for exercise. Protests are also banned.

As are mass events and gatherings in public or private venues apart from those organised in amphitheatres with restrictions – 50 per cent capacity, all seated.

The operation of courts will be allowed, in line with the supreme court guidelines.

In private and public businesses that serve the public only one person per 8 square metres and after making an appointment, were applicable.

Open air markets will operate at a 50 per cent capacity and 1.5 metres between people.

The authorities have also lifted travel restrictions to and from Limassol and Paphos.

Shops and malls will remain open but can only serve 1 person per 10 square metres.

Provided the epidemiological situation improves, there will be an ease of restrictions between December 14 and January 7.

They include extending the curfew to 11pm with the exception of Christmas and New Year’s Eves when the curfew is extended to between 2am and 6am.

The maximum number of 10 people gathering in private homes will remain in place with the exception of Christmas and New Year’s Eve when it will be extended to 15.

Hospitality venues will be allowed to remain open until 10.30pm under strict rules. All customers must be seated and no reservations exceeding six people are allowed.

The maximum number of people indoors is 75 and 150 outside provided each person occupies at least 3 square metres and 2 square metres respectively.

On New Year’s Eve hospitality venues will be allowed to remain open until 12.30am.

Betting shops and casinos will reopen while restrictions in public transport and courts will remain in place.

Restrictions in private and public services deal directly with the public will remain as well as those in outdoor markets.

Indoor and outdoor sports facilities, gyms, dance schools, and other similar establishments will be allowed to reopen but the use of changing rooms is prohibited.

Schools are not affected, despite earlier reports that were thoughts of closing them for the holidays a week early.

€6.5 million deal on the cards for Paphos school