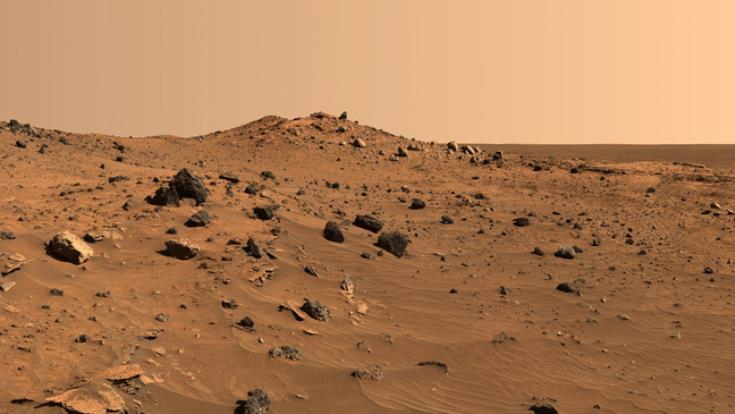 Apparently some of Troodos topography is similar to Mars

Representatives of the geological surveys department, the Cyprus Space Exploration Organisation (CSEO) and foreign planetary scientists who are visiting Cyprus on the invitation of CSEO, met on Friday after the CSEO`s recent announcement that the geology of the Troodos mountains in Cyprus could be useful for future missions to Mars.

According to the geological surveys department, the meeting focused on their cooperation, the goals of the international space programme in which CSEO is participating, as well as on the most suitable sites that would enable the implementation of the project.

It is noted that a team of planetary scientists are in Cyprus this month at the invitation of CSEO in the framework of the space research programme in which the CSEO is participating in cooperation with other three European countries, as well as the US.

The programme includes sending space equipment to Mars to measure the age of the rocks on the red planet, a project which is of great importance since there are no previous accurate measurements of the age of the Mars rocks from previous missions.

An announcement said the geology on the Troodos mountains has a lot in common with the rocks on Mars and for this reason CSEO had extended the invitation to the team of planetary scientists in order to verify that indeed the geology of Troodos has sites which are similar to those on Mars. The aim is to test first the space equipment on Troodos before sending them to Mars.

President of CSEO George Danos and Acting Director of the geological surveys department, Christodoulos Hadjigeorgiou said that this cooperation could be a catalyst for their joint programmes with many benefits for Cyprus. Cypriot scientists will take part in the research, which is carried out and co-funded by European programmes.

Danos  talked to CNA recently stressing the benefits that this project would have for Cyprus.
“We have already hired a number of scientists and are in the process of hiring more. Our scientists are also sent abroad for a period of months where they receive training and cooperate with international collaborators,” he said.

“I suggested that the space equipment be tested first in Cyprus before going to Mars. The geology of the Troodos mountain range has a lot in common with the rocks of Mars”.

The Cyprus Space Exploration Organisation (CSEO) is a non-governmental, non-profit organisation of public benefit. It promotes and advances space exploration and astronomy in Cyprus and around the world. It was founded in 2012, with the goal of “Launching Cyprus into the Space Era” and building the next generation of scientists, that would see Cyprus as a niche player in global space exploration initiatives, and would build an international collaboration with other space-faring nations in scientific, space and planetary missions.