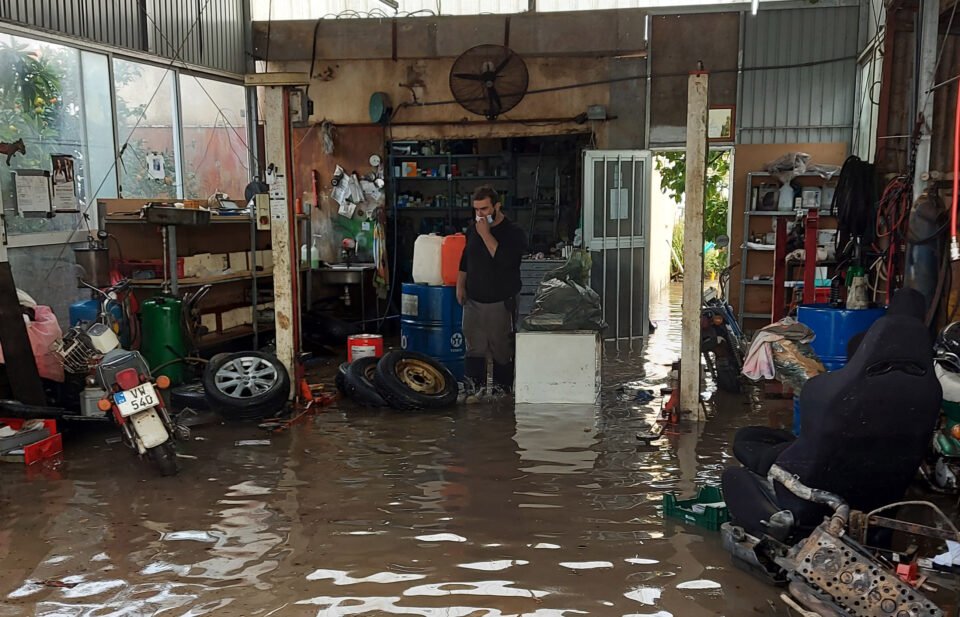 A man looks around his flooded workshop (CNA)

Heavy rain in the Sotira area in the Famagusta district earlier on Friday led to flooding, with the fire service responding to four incidents.

The first involved having to tow a vehicle which became stranded in a flooded road. No lives were in danger. Moreover, fire fighters pumped water from three buildings in the community.

The unsettled weather is set to continue with local showers and isolated thunderstorms forecast for this evening mainly on the coast. Snow or sleet is possible in the higher Troodos peaks.

Saturday will be cloudy at intervals with local showers and isolated thunderstorms. Snow or sleet is possible in the higher Troodos peaks.  The weather will improve by late afternoon. Temperatures will rise to 20C inland, around 21C on the coast and 10C in the mountains.

The evening will become gradually partly cloudy with the possibility of isolated showers, mainly on the coast.

Sunday will be mainly fine, however there will be increased cloud that may lead to isolated showers.

Monday and Tuesday will be mainly cloudy at intervals with isolated showers and thunderstorms.

Coronavirus: nearly one third of total cases since March recorded from Nov 11-24