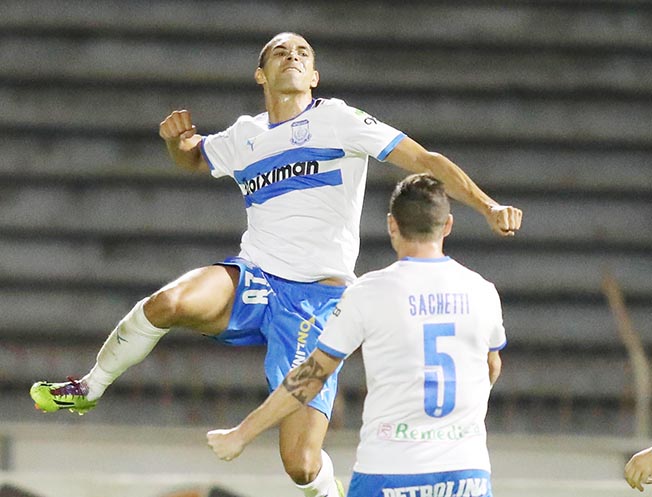 Apollon, who are level with Anorthosis at the top of the table, face AEL in the Limassol derby on Sunday in the biggest game of the weekend

The 12th round of the Cyprus First Division takes place this weekend, with Anorthosis looking to remain near top of the table, despite being hit by a number of coronavirus cases. The club are in second place, tied with Apollon on 23 points.

The Famagusta club face Enosis at home on Saturday without Hovhannes Hambardzumyan, after he tested positive for Covid-19, as well as key forward Tornike Okriashvili who has recently sustained a knee injury and will be out for approximately two weeks.

Anorthosis have also announced that as well as Hambardzumyan, two additional members of the playing staff have tested positive for the virus, but they have not confirmed the names of the players involved. The rest of the playing, backroom and administration staff have been tested with no further positive cases being detected.

In a statement posted to social media, Anorthosis press officer Demetris Christophorou stated that the club had been anticipating that some of its players could be infected while on international duty.

“The board and management of the club had long suspected that this international break could be dangerous since the club had 11 players going away to play for their countries and would be travelling to destinations with low temperatures and constant presence in enclosed spaces”, Christophorou said.

“Our protocols are even stricter than those handed down by the Ministry of Health and its implementation hasn’t’ appeared to have spared us from bad things happening. In these matters you cannot risk even the slightest detail. The players involved are doing well with their health, this is the most important thing”, he added.

Later on Saturday, Apoel travel to Ammochostos Stadium for a game against Salamina, who are coming into the game uplifted by their recent win over Omonia and will undoubtedly be focused on getting as many points as possible in the coming weeks to escape the relegation zone.

Apoel have recently broken their winless streak in the league with their victory over Doxa on Wednesday. This was Apoel’s first win in the league since beating Enosis on September 20, as well as being new manager Mick McCarthy’s first win for the club since joining earlier this month.

Worryingly for Apoel, Doxa have recently discovered that one of their players has tested positive for Covid-19. Doxa press officer Nikos Constantinou has confirmed that the player in question took part in the game against Apoel, who have since tested their entire playing and backroom staff.

“Our player is self-isolating. He played against Apoel. We will do another test in 1-2 days”, Constantinou said.

The biggest game of the round is the Limassol derby which takes place on Sunday. The game between Apollon and AEL goes beyond the pure rivalry between the two sides since it now also affects the title race. Apollon are currently tied with Anorthosis at the top with 23 points while AEL are in third place on 21 points.

Apollon player Attila Szalai has accumulated enough yellow cards this season to warrant a suspension, but the manager has decided that the player will serve his sentence in the game against Enosis in the next round.

Apollon have also put their entire playing and backroom staff through a new round of Covid-19 tests without finding any positive cases.

Speaking before the game, Apollon press officer Fanourios Constantinou said the game against AEL will be close and may be decided by each team’s desire for the win.

“It’s a very important derby. Both teams are doing well at the same time after a long time. The game will be decided in the details”, Constantinou said.

“Whoever wins this game will gain a lot of momentum”, he added.

Constantinou also said that it is much too early to judge new manager Giannis Petrakis, while also fending off questions about potential January transfer moves.

The 12th round of the championship got underway in entertaining fashion on Friday evening with Olympiakos Nicosia beating Karmiotissa 3-2.

Green bonds: For the small investor, not easy being green