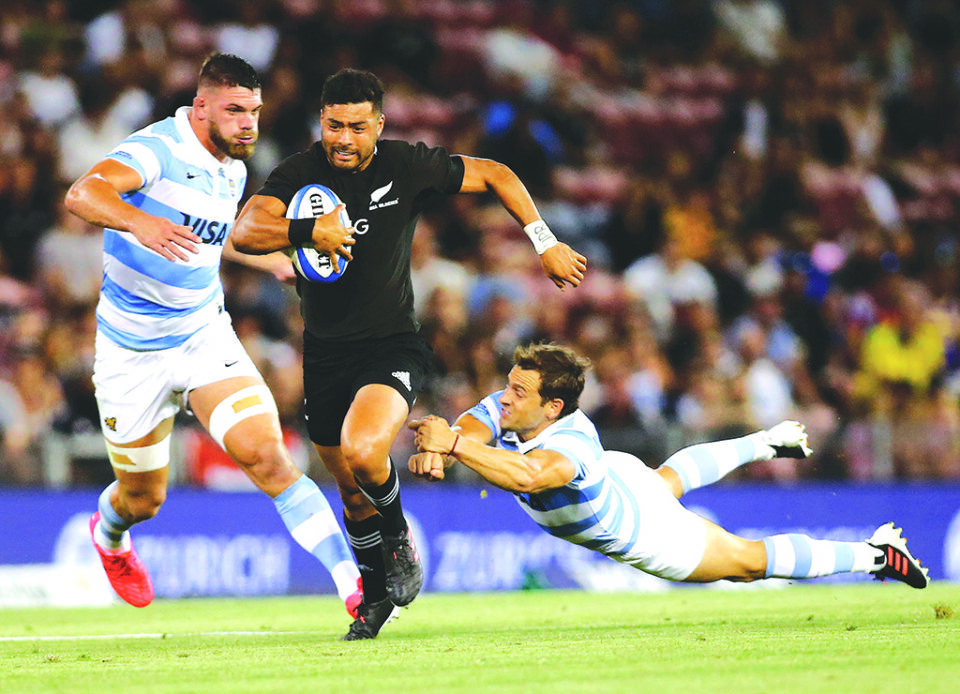 All Blacks coach Ian Foster was a relieved man after his side clicked properly into gear in their final Tri-Nations match on Saturday to rout Argentina 38-0 and all but secure the title.

New Zealand opened their campaign with a record 43-5 win over Australia, but Foster had come under immense pressure after his side’s loss to the Wallabies in the return match followed by a first ever test defeat at the hands of the Pumas.

“The loss two weeks ago still hurts but tonight will go a long way to fix that,” Foster said, wiping the sweat from his brow on a hot night in Newcastle.

“It was still a tough test and it took a long time to break them down. I just loved the patience. We made them make a lot of tackles and in these conditions, they paid a price. It certainly opened up in that last quarter, which is what we expected.”

Foster had made only three changes to the starting side from the loss to Argentina, and he was rewarded for his faith with a far more mature performance.

“We just didn’t lose belief in what we were doing,” he said. “It’s been a big few weeks but the guys are still determined to play, and I think we got the formula right today.”

Argentina coach Mario Ledesma felt his team had their chances to maintain their fairytale run after backing up their win over the All Blacks with a draw against Australia last week.

Having played all but faultless rugby two weeks ago, however, Argentina turned over the ball almost every time they had a chance to put pressure on their opponents on Saturday.

“A lot of mistakes, a lot of drop balls,” he said.

“It’s difficult to be objective but I don’t think the score reflects the game.”

The Pumas would need to beat Australia by 93 points to secure the title next week, but Ledesma nevertheless promised another passionate performance from his players at Western Sydney Stadium.

“We have a big one next week and we’re really conscious of that and really committed to having a great game,” he said.

In the footsteps of Bulgari’s remarkable founder